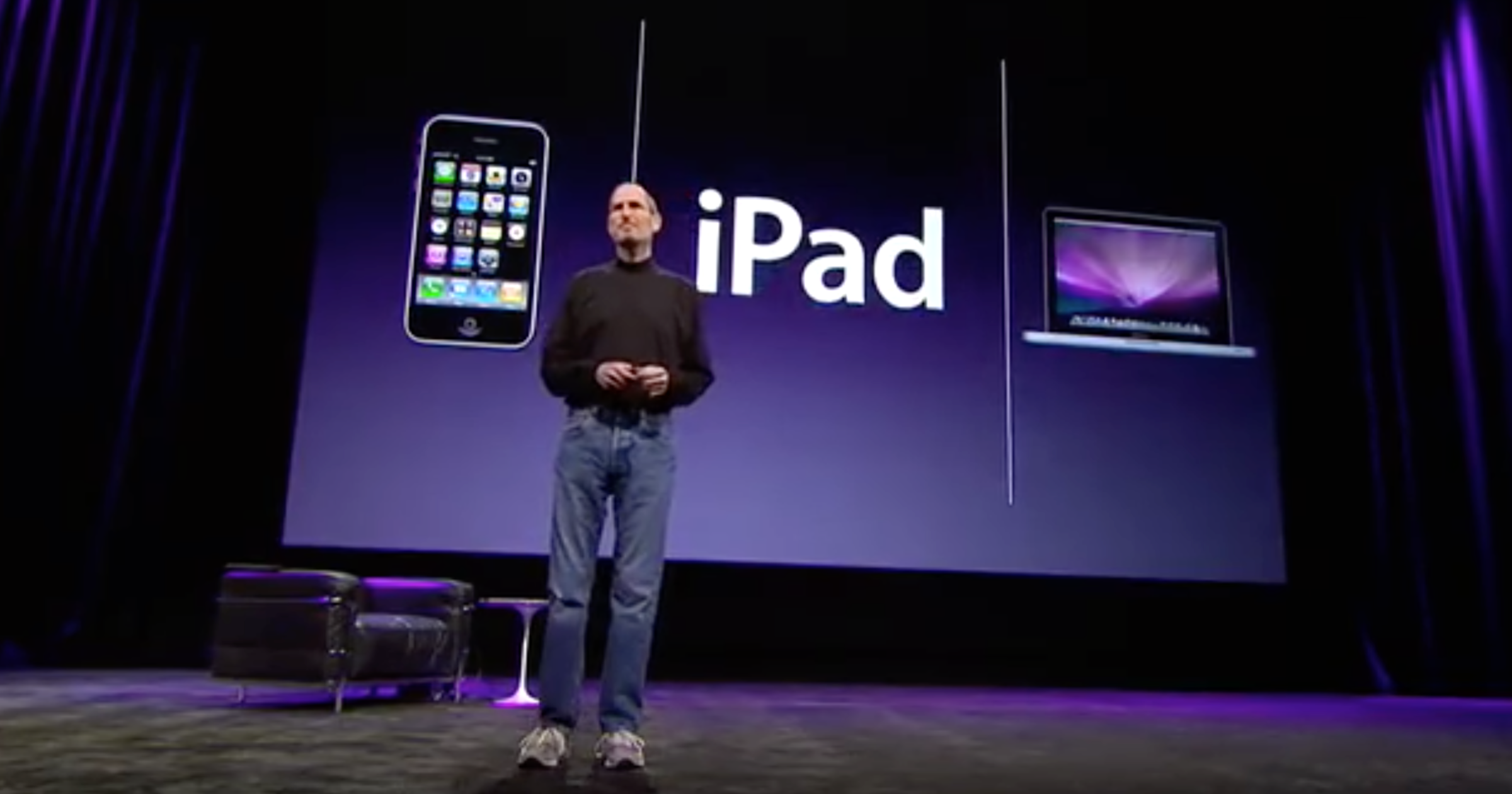 The first iPad was launched on 27 January, 2010, twelve years Thursday. Steve Jobs unveiled the device at an Apple event.

The whole presentation is below, and Mr. Jobs reveals the first iPad at eight-and-a-half minutes in. Interestingly, one of the first things he does is browse the New York Times website, the second is… Facebook. Mr. Jobs said using the iPad for scrolling the web is “the best browsing experience you’ve ever had.” He also describes the digital keyboard that pops up in Mail as “a dream to type on.”

Customers in the U.S. had to wait until April 3 to get their hands on an iPad. Those in Australia, Canada, France, Germany, Italy, Japan, Spain, Switzerland, and the UK had to hold on until later that same month. Apple announced it had sold over 300,000 on the first day. It had sold a million just 28 days later.

The first iPad was 0.5 inches thick, weighed just 1.5 pounds, and contained the then-new A4 chip.  It cost US$499 for the 16GB model or US$629 with 3G. The 32GB cost US$599, $729 with 3G, while the 63GB models cost US$699 and US$829. Of course, the device has developed significantly since that early model, not least with the Pro and Air Models. There are physical keyboards, and, gasp, an Apple-made stylus available now, too! However, the tablet is still recognizably iPad.