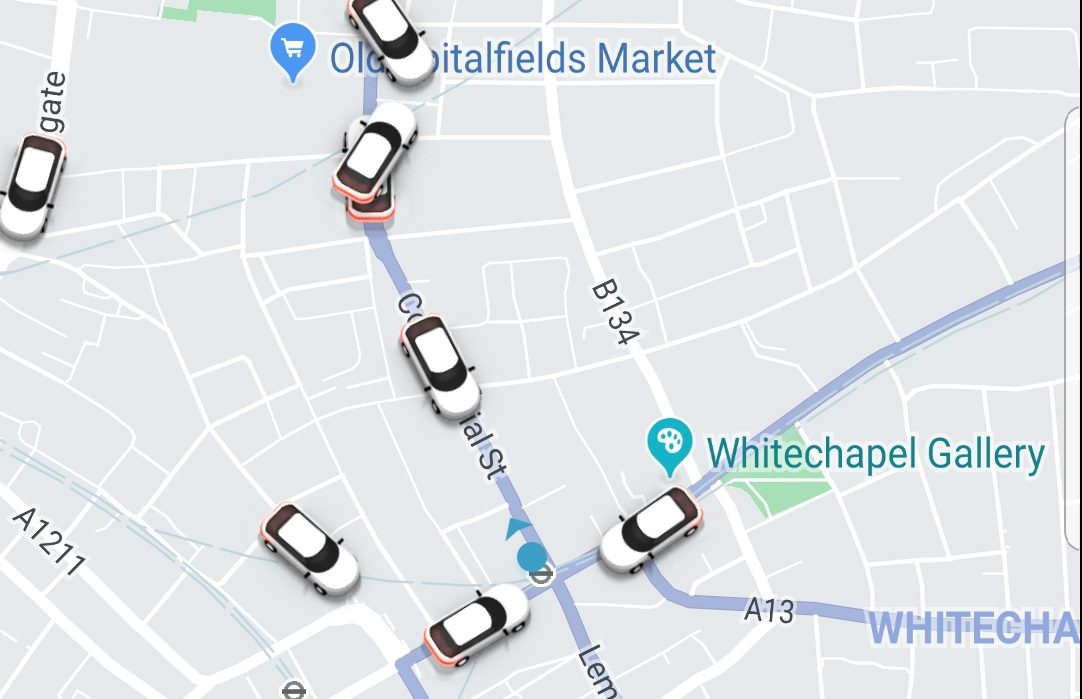 LONDON – Sitting in the autumn sun outside Uber HQ in London – a  gleaming tower on the edge of London’s financial district with a hipster coffee stand carved into its wall – you would have no idea that some of the ride-hailing app’s drivers were meant to be holding industrial action.

There were no protestors outside, as there had been yesterday. There were not even any trade union representatives manning a picket line. Staff from other firms in the building, such as daily deals site GroupOn, smoked cigarettes undisturbed in the unseasonal warmth.

A quick look at the app itself showed that I could get a ride home in two minutes. 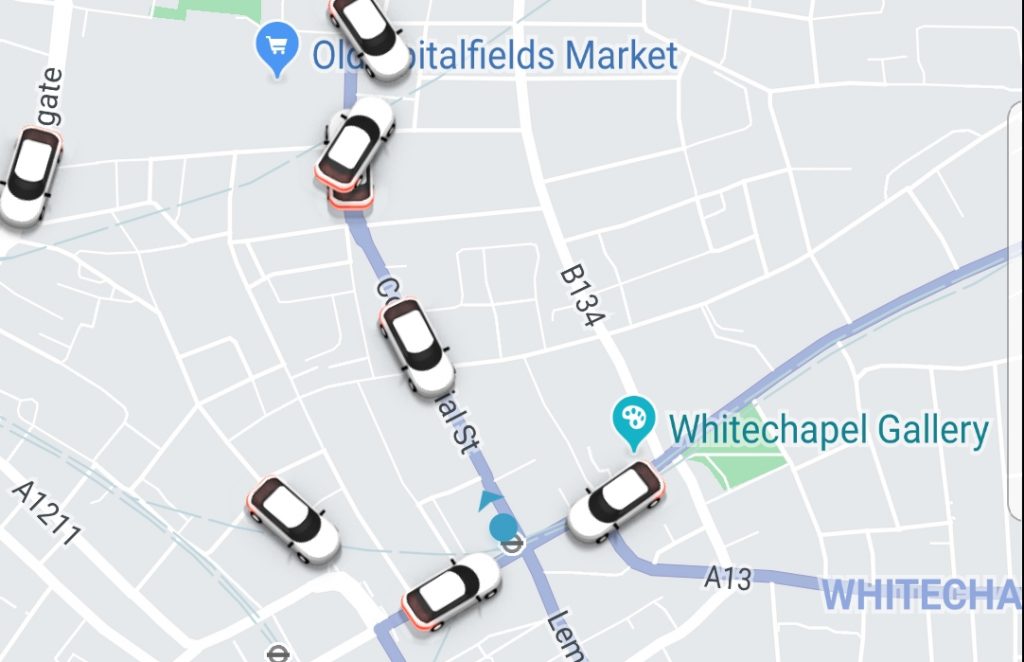 I chatted with someone working at the coffee stand, who told me there had been a number of protestors yesterday and he was expecting them to return at 1 pm. So I waited. At 12:55 pm nobody had shown up. So I waited a few minutes more. They made some noise yesterday, but today the protesters did not emerge.

The IWGB trade union called the strike of drivers in London, Nottingham and Birmingham. Britain’s opposition Labour party backed the strike. Yesterday, its  Shadow Chancellor John McDonnell tweeted: “I support this strike for better employment rights and urge others to respect the app picket line.”

I support this strike for better employment rights and urge others to respect the app picket line. https://t.co/2ntP1bGe68

The party’s Deputy Leader Tom Watson, who is also Shadow Secretary of State for Digital, Culture, Media and Sport, did likewise. He tweeted: Today’s 24-hour strike by Uber drivers is a hugely significant fight for workers’ rights across the whole gig economy. I would urge Uber customers to lend their support from 1 pm today by not using the digital app.”

Today’s 24-hour strike by Uber drivers is a hugely significant fight for workers’ rights across the whole gig economy. I would urge Uber customers to lend their support from 1pm today by not using the digital app.https://t.co/pC6dOe7S5P

Uber insists that it is a firm that is changing and that new leadership means better conditions for everyone. In the UK, the company cited a partnership with insurance firm Axa, providing eligible drivers and delivery workers in the UK with health insurance, as an example of this.

Uber has had its license in London restored on a short-term basis, and it will be under heavy scrutiny as London builds up to the 2020 Mayoral election. Watch out for it being an issue on the campaign trail between Labour incumbent Sadiq Kahn and Conservative challenger Shaun Bailey.

Ultimately, it remains to be seen if Uber has really changed following founder Travis Kalanick’s dethroning. There is growing momentum in the UK against what some see as the exploitative nature of the gig economy.

This current round of strikes generated a few dramatic photographs. However, it seems to have had little effect passengers.

One thought on “London Uber Strike Appears to Have Little Impact”