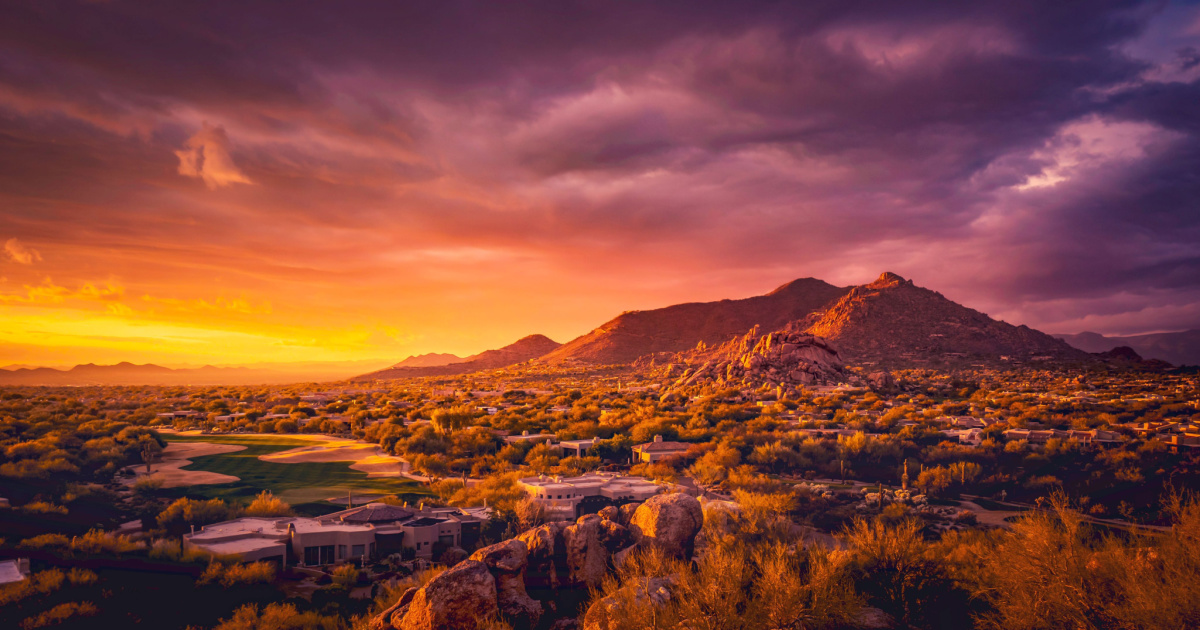 The question was recently raised, why chip fabs like the new TSMC plant are popping up in the desert state of Arizona. Manufacturing semiconductor wafers is a hugely water-intensive task, so it might seem that Arizona is the worst possible place for it. After a bit of digging, we’ve learned that the TSMC decision to make chips in Arizona actually makes more sense than you’d think.

The question came up after Daily Observations listener Johnny emailed us. We’d been discussing the new TSMC fabrication facility in Arizona, and Johnny wondered why a semiconductor manufacturer would choose the desert state.

Intel and TSMC and maybe others are building big fabs in Arizona. I’ve heard it claimed that fabbing chips is a very water intensive operation. If so, why on Earth is everyone building fabs in Arizona, of all places?

He’s heard correctly, semiconductor manufacturing is certainly a water-intensive undertaking. Some estimates have it requiring as much as 10 million gallons of water each day. That’s the equivalent of the water consumption required by around 300,000 households a day.

In 2015, a drought in Taiwan brought the requirement into the spotlight. Taiwan is home to 11 of the 14 largest fabs in the world, so TSMC had to prove it wasn’t making matters worse. Intel also disclosed, again in 2015, that it had reduced its own water consumption by more than 40% at its own chipmaking plants.

In response to growing concerns over climate change and water shortages, semiconductor manufacturers have learned to limit their water use. In fact, Intel’s been at this particular game since 1980, when it opened its first chip plant in Arizona.

To conserve water usage, chip fabricators rely on recycling. In fact, one system allows chip fabbing plants to recycle 98 percent of the water they use. So, instead of the plant using 10 million gallons of freshwater each day, it’s only around 200,000 gallons.

It helps to think of the process like that for a swimming pool. Chip fabrication plants require a lot to fill the water system for their production, just like when you fill a swimming pool. However, like an indoor pool, not much additional water is needed to keep operating.

Since everything is enclosed, the plants use dehumidifier and reverse osmosis technology to recapture water that’s evaporated, and clean the liquid for reuse. In Arizona, Intel has actually funded 15 water restoration projects. The company aims to achieve “net positive water use” in Arizona in the future.

Since Intel has operated chip fab facilities in Arizona since 1980, the state now offers a favorable ecosystem for newcomers. On Semiconductor, NXP and Microchip already operate plants in Arizona, and Intel’s newest manufacturing facility is there.

Since Intel first began fabricating chips in Arizona, the tech giant has worked with the state to tailor educational opportunities. Local universities have offered semiconductor design courses and research for quite some time. As a result, the state offers a highly-skilled workforce for chip fab operations that others lack.

For its part, Arizona also strives to attract the operations through tax breaks and incentives. Intel, over the years, has become a huge part of Arizona’s economy. In 2018, Intel made an $8.3 billion contribution to Arizona economy, including providing jobs for 12,000 employees.

Lastly, there’s stability to consider. By that, I mean seismic stability. A minor earthquake registering just 0.5 on the Richter scale can ruin an entire batch of chips. Yes, semiconductor manufacturers do produce chips in areas more susceptible to earthquakes, but they need to take expensive measures to isolate the shaking.

Arizona, on the other hand, is all but immune to earthquakes. It also enjoys freedom from other natural disasters, like hurricanes and wildfires.

TSMC and Others Beginning to Follow In Intel’s Footsteps

These are a few reasons Intel has seen such success in Arizona. They also prove the state is much more favorable for semiconductor fabrication than one might think. Forty years ago, I don’t know that the desert climate of Arizona made quite as much sense for such a water-intensive industry. However, conservation and recycling technologies have advanced considerably since then.

Today, we’re seeing TSMC ready its first Arizona chip fab to enter production. A second facility is reportedly already in the works. More companies are sure to follow, such as Samsung or others.