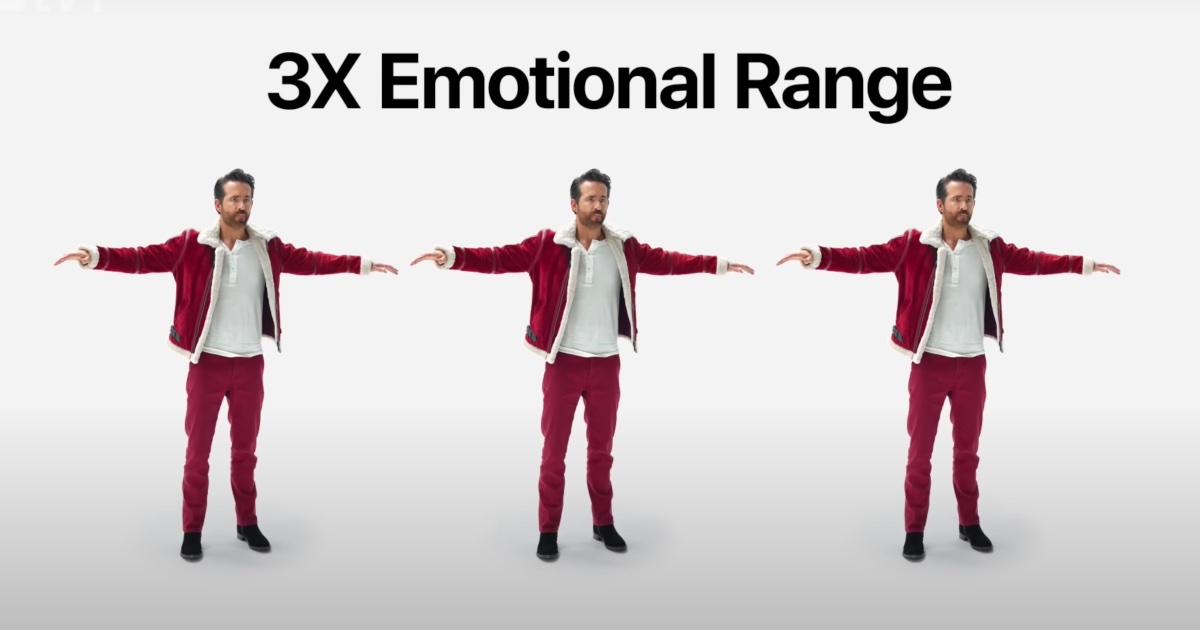 Today, while customers shop on Cyber Monday, Apple TV+ wants viewers to be sure to check out the new “Ryan Reynolds+”.

The new satirical ad features Will Ferrell, Octavia Spencer and Ryan Reynolds in support of both the new holiday film Spirited as well as Apple TV+.

Posted on Ryan Reynold’s official YouTube channel, the new 00:51 video features the cast of Spirited as they cheekily offer the “Ryan Reynolds+”.

In support of both the new holiday film Spirited as well as Apple TV+ in general, the video comically features Ferrell and Spencer noting the “new features” of the Ryan Reynolds+. According to the video, the new Ryan Reynolds+ features 3x Emotional Range, 5 new songs and 4 new dances, as well as several “bug fixes”.

As spotted by AppleInsider, the new video is a hilarious way for the cast of Spirited to promote the movie, while also giving a proper shout-out to Apple TV+ in general.

Of course, it’s worth noting that the new Ryan Reynolds+ is not actually for sale.

For those hooked by the ad, Spirited is currently streaming on Apple TV+. While it does require either an Apple TV+ or Apple One subscription, there is currently a promotion in thanks to the recent Selena Gomez documentary, in which users can get the streaming service free for two months. This offer is available until Dec. 2.

Additionally, Apple TV+ is also offering some additional bonus content in thanks to the release of Spirited. For a limited time, the streaming service is offering several of Ferrell and Reynold’s classic comedies as part of its “Included with Apple TV+” section.

As stated by Ferrell in the new video, “When you stream Apple TV+, you can literally feel the innovation”.

Users can stream Spirited either through the Apple TV+ app, or through a web browser at tv.apple.com.