You can still find Connect content through search results, but Apple will remove artist-submitted posts in May.

Apple Pay adoption in Australia has been slow because of tough negotiations. However, CommBank will be supporting the payment service starting in January 2019.

Currently you can order and activate a CommBank PayTag for your iPhone with a one-off fee of $2.99. CommBank PayTag is a small sticker, around a third of the size of a credit card.  The PayTag is attached to the back of your iPhone, allowing you to make Tap & Pay purchases using your phone.

Apple gave a straight-to-series order of a show starring Jennifer Garner, and produced by J.J. Abrams called My Glory Was I Had Such Friends.

I’ve seen a lot of these headlines. The latest one is from FastCompany: “If these insanely good athletes can give up meat, so can you.” Is that enough to fix climate change? Nope.

The whole point of Markkanen’s campaign with Neste, called #DontChoke, is to ask people to pledge to take simple actions to decrease their personal carbon footprint.

Plenty of pirated content is available on the platform, and some accounts are asking for donations.

Keepsafe is launching a phone number lookup service. Text “Hello” to (855) 228-4539 and it will send you a small report of public data associated with your phone number.

Keepsafe co-founder and CEO Zouhair Belkoura said that while marketers are able to access this information with relative ease, it’s difficult for consumers to check. “We said, ‘Why don’t we make it super easy?’” he said. “Here’s a number you can text that tells you what information is publicly available.”

I’m pleased to report that my phone number isn’t publicly associated with certain information in any way, like my name, home address, age, gender, carrier, and associated people. In my privacy score, they did figure out what carrier I use, as well as the zip code of my former home town. But again, no actual address. Although it sounds like Keepsafe uses your number for marketing, in the ultimate act of irony.

I recently started using Chronicle for bill reminders and I’m glad I found it. The app gives you a calendar view, along with a list of bills that you enter. Name the bill, add a category, amount, and due date, and forget about it. Plus, Chronicle syncs with the available Mac version via iCloud, so you can view and pay your bills everywhere. In addition to reminding you to pay your bills, Chronicle keeps track of all your payment history, including confirmation numbers, so you always have proof of payments. New to Chronicle is the Pro version. Available as an in-app purchase, Chronicle Pro gives you access to all new features of Chronicle as they are updated. Chronicle Pro is US$3.99/year and gives you features like Amount to Save, Intelligent Estimated Amount Due, and Forecast View. App Store: Free (Offers In-App Purchases) 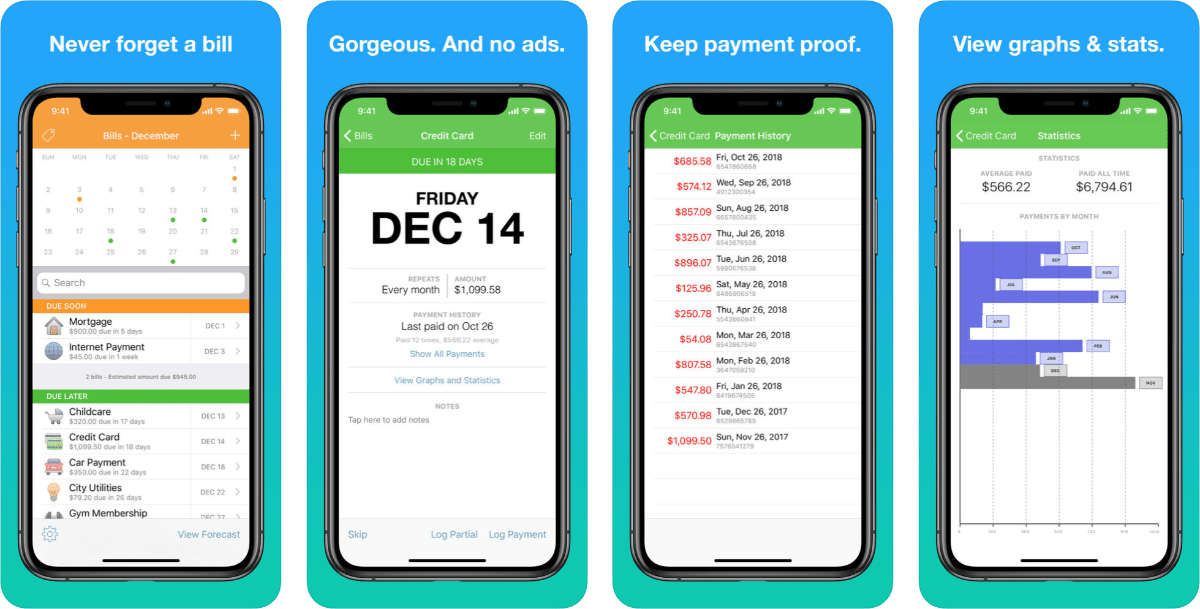 Andrew put together a list of iPad keyboard shortcuts that work in Apple apps. Third-party apps may have their own shortcuts.

Vitaminwater is willing to pay US$100,000 to anyone who can give up their smartphone for an entire year. If you last six months you’ll get US$10,000.

The contest rules clarify that your cell phone is likely a smartphone if it can get on the internet and texting is a pleasant experience. It also clarifies that tablets also aren’t allowed and neither is using someone else’s smartphone. The rules don’t go into detail about how the year-long technology abstinence will be proven, but the company indicates that a lie detector test is involved.

As tempting as $100k sounds I wouldn’t be able to give up my iPhone for a year.

What [our study] does reveal, or at least suggests, is that Google’s collection and use of personal data, including location, which is then used to filter specific search results, is having an effect akin to the effects of a political bias. That is an important nuance often missed in these discussions.

First, there’s a big difference between what a study suggests, and what it reveals. Language is important. Second, like other studies, the first one is interesting, but more studies need to be done in the form of peer review. I’d be interested to see one from an independent party that doesn’t have Google as a competitor.

Tamara Hunter, vice president of casting at Sony Pictures Entertainment, is leaving the company to join Apple as head of casting

Scout FM is a podcast radio service for iOS, and yesterday it released a feature called Station Creator. It lets users create their own personalized FM stations.

Once you have created a station, Scout FM does all the work for you. The station will automatically pick up new episodes and then play them in the order of your fondness to the show based on your listening habits. You can add or remove shows at any time.

I think it’s a cool concept, and it works differently than traditional podcast apps where you do everything manually.

DROPOUT features premium scripted and unscripted comedy content spanning original shows, mobile-first digital comics, and chat stories for new and returning series (e.g. Lonely and Horny Season 2, Troopers, See Plum Run). DROPOUT also features a members-only Discord channel that lets fans interact with each other and CollegeHumor talent. Features: Video: A native mobile player for optimal viewing and navigating. Player also supports display mirroring and content casting (AirPlay and Chromecast) to allow a lean-back experience. Comics: A rich, full screen experience that leverages the intuitive user experience of swiping. Comic images are full-bleed and hi-res, perfect for a mobile device. Chats: A tap-to-advance story featuring messages and images. Chats thrive natively on mobile, taking advantage of the instant messaging experience that people experience on their own mobile devices. You can try it free for a week with unlimited access to videos, comics, and chats. After that, plans start at US$3.99/month when you sign up for an annual membership. App Store: Free (Offers In-App Purchases) 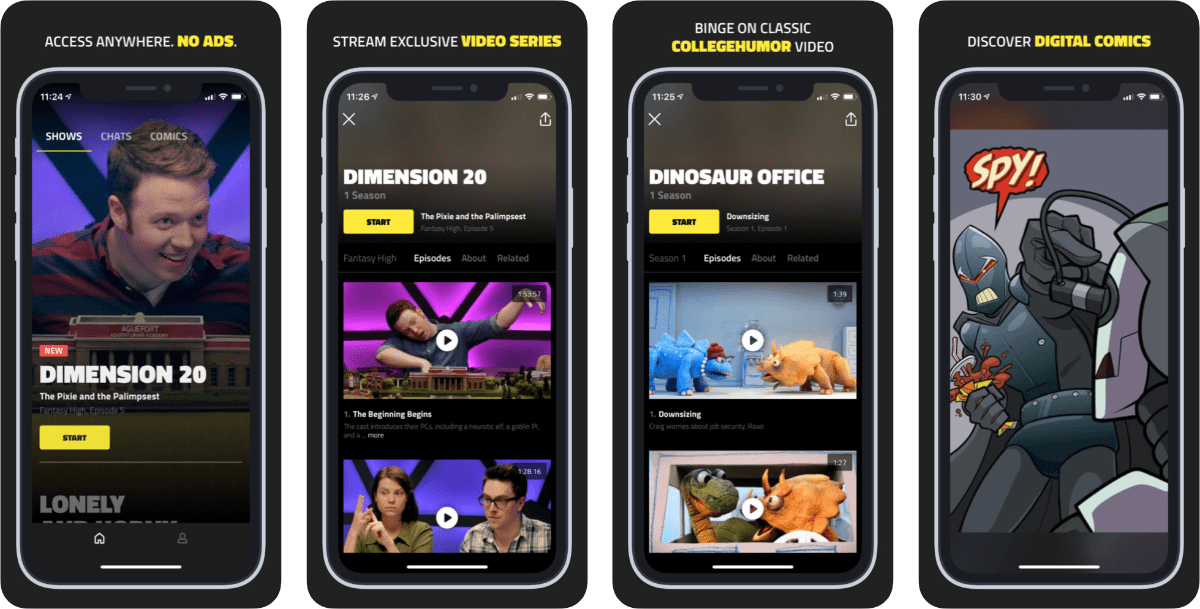 Stalkerware is a term given to apps that let someone spy on your smartphone activity. They’re also called “spouseware” because they tend to be used by abusers to spy on their partners.

Most of this software ends up on a device through one of two ways: A phishing attack (email or text links that contain viruses and trick you into clicking on them by pretending to be something/someone else), or physical access to the device.

The article is a good read with tips for people in abused relationships.

A technology company bidding for a Pentagon contract for the project has close partnerships with a firm linked to Russian oligarch Viktor Vekselberg.

ISPs tell the FCC that poor people don’t deserve fast internet speeds. It wouldn’t be fair on these corporations otherwise.

In a letter [PDF] recording a meeting between the Wireless Internet Service Providers Association (WISPA) and the legal advisors to two FCC commissioners, the industry group “emphasized that the Commission’s goals would be better served by directing support to areas that lack any service at all and those that have access only below 10/1 Mbps.”

I’m continually amazed at the human capacity to be giant d*cks to each other. The amount of hatred leveled at poor people in this country is also a bit scary.