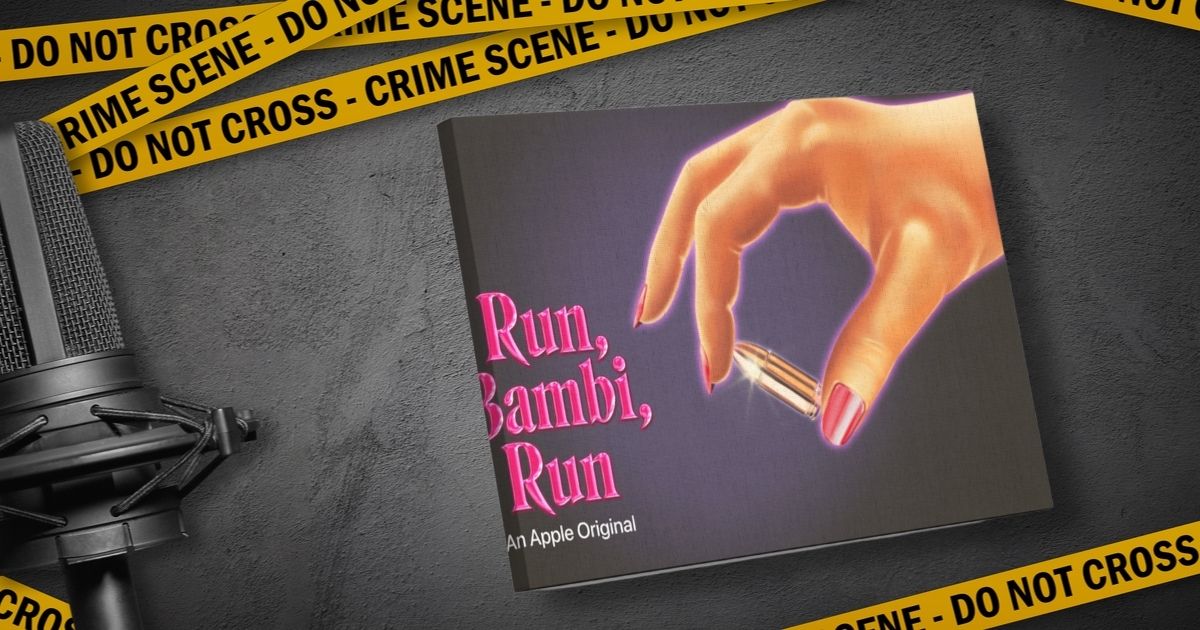 Apple’s first foray into a true crime podcast is two episodes underway. The 8-part series, Run, Bambi, Run, releases a new episode every Monday. To say I’m anxious for the next installment, without giving away any spoilers for those who haven’t listened yet, would be an understatement. Let’s dig a bit deeper.

The Essentials for True Crime Storytelling

To truly draw people in to a true crime narrative, you have to spark their imagination. You’ve also got to give them the story in edible chunks, unless you’re doing a one-off documentary. Telling the story, though, that’s the real draw, if you know what you’re doing.

Vanessa Grigoriadis, co-creator and host of the series, knows how to tell a story. And well she should, given she’s an accomplished journalist and author. She’s a contributing writer for The New York Times magazine and Vanity Fair, and has won the magazine equivalent of a Pulitzer price for profile writing.

Grigoriadis co-founded Campside Media, producer of Run, Bambi, Run, to branch out to narrative non-fiction storytelling. She’s got the skills of an investigative journalist along with the storytelling skills of the bards of the Middle Ages.

How does that work? Grigoriadis keeps a conversational tone throughout the podcast. She brings in guests, people who knew the protagonist in the folk hero tale of Laurie Bembenek, to help flesh out the story.

Grigoriadis also draws in media recordings from the time, including speeches by then-chief of the Milwaukee Police Department Harold Breier denying any of the scandal or corruption Bembenek would later bring into the public spotlight.

There’s something to be said against too much exposition. I wouldn’t lump Grigoriadis as an offender of that paradigm, though. While two episodes in, the podcast hasn’t really talked about Bembenek’s crime, incarceration, escape, or recapture, that’s fine by me.

Through detailing media reports, interviews, and offering her own commentary, Grigoriadis is setting the stage for what should be an amazing climax and then resolution to the series. We’ve learned about Bembenek’s upbringing and her nature as a rebellious teen. We’re seeing feminist force she will make society reckon with. We’re also gaining insight into the social and political environment surrounding her.

In these first two episodes of Run, Bambi, Run, we’re learning all about the woman who would be convicted of murdering her husband’s ex-wife, her time in prison, and her escape from Taycheedah Correctional Institution in Wisconsin. Soon, I’m convinced, Grigoriadis will narrate us through the murder itself, the trial and conviction, as well as the doubts about how legitimate the investigation really was.

In short, Run, Bambi, Run tells a really good story, so far. Since Bembenek’s story was American folklore in my teenage years, I only recall bits and pieces. However, hearing Grigoriadis walk us through the case brings it all home. It should intrigue anyone with an interest in true crime stories, young or old.

The first two episodes of this thrilling podcast are available now . New episodes will debut weekly on Mondays.