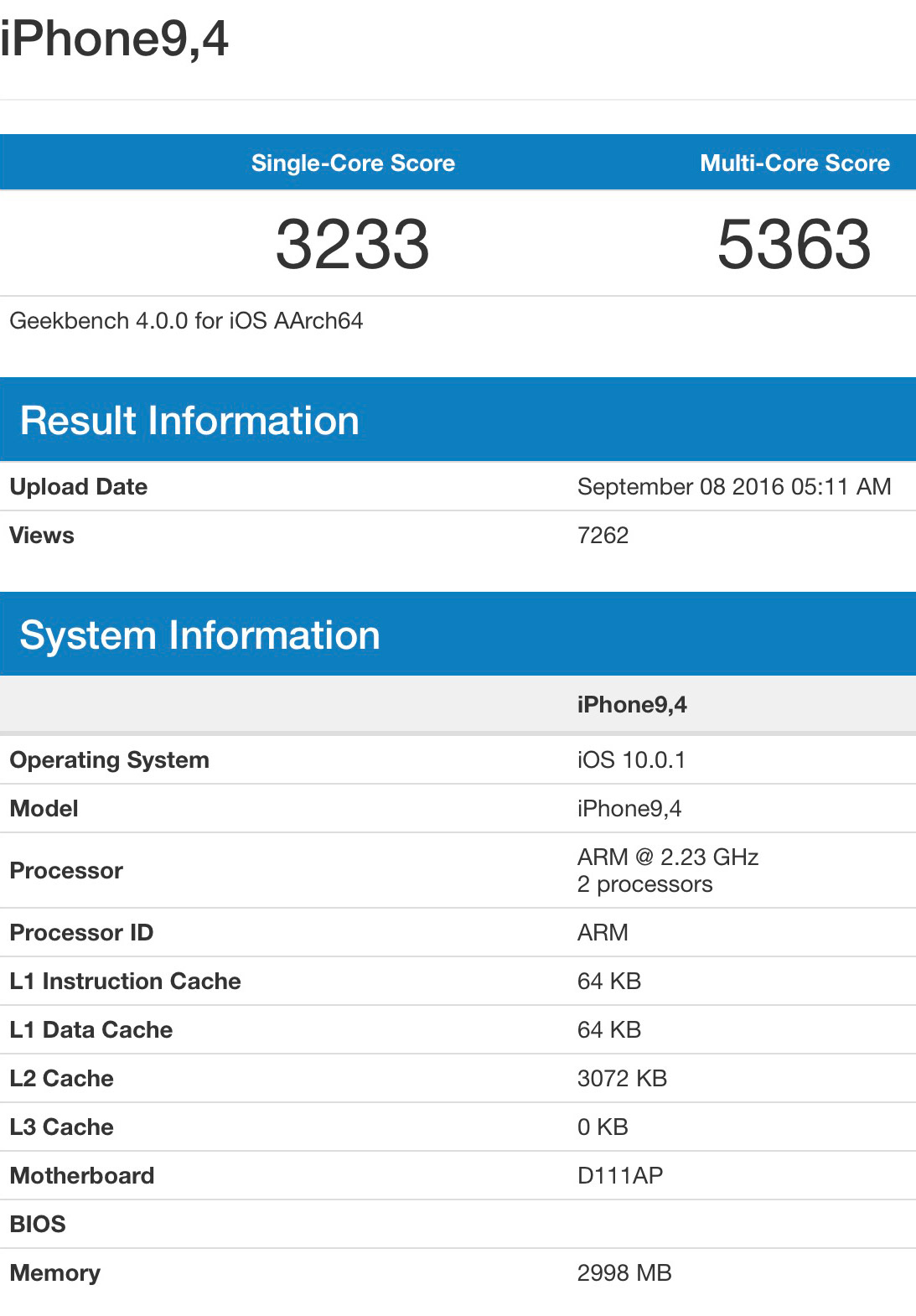 Geekbench Test for iPhone 7 Plus 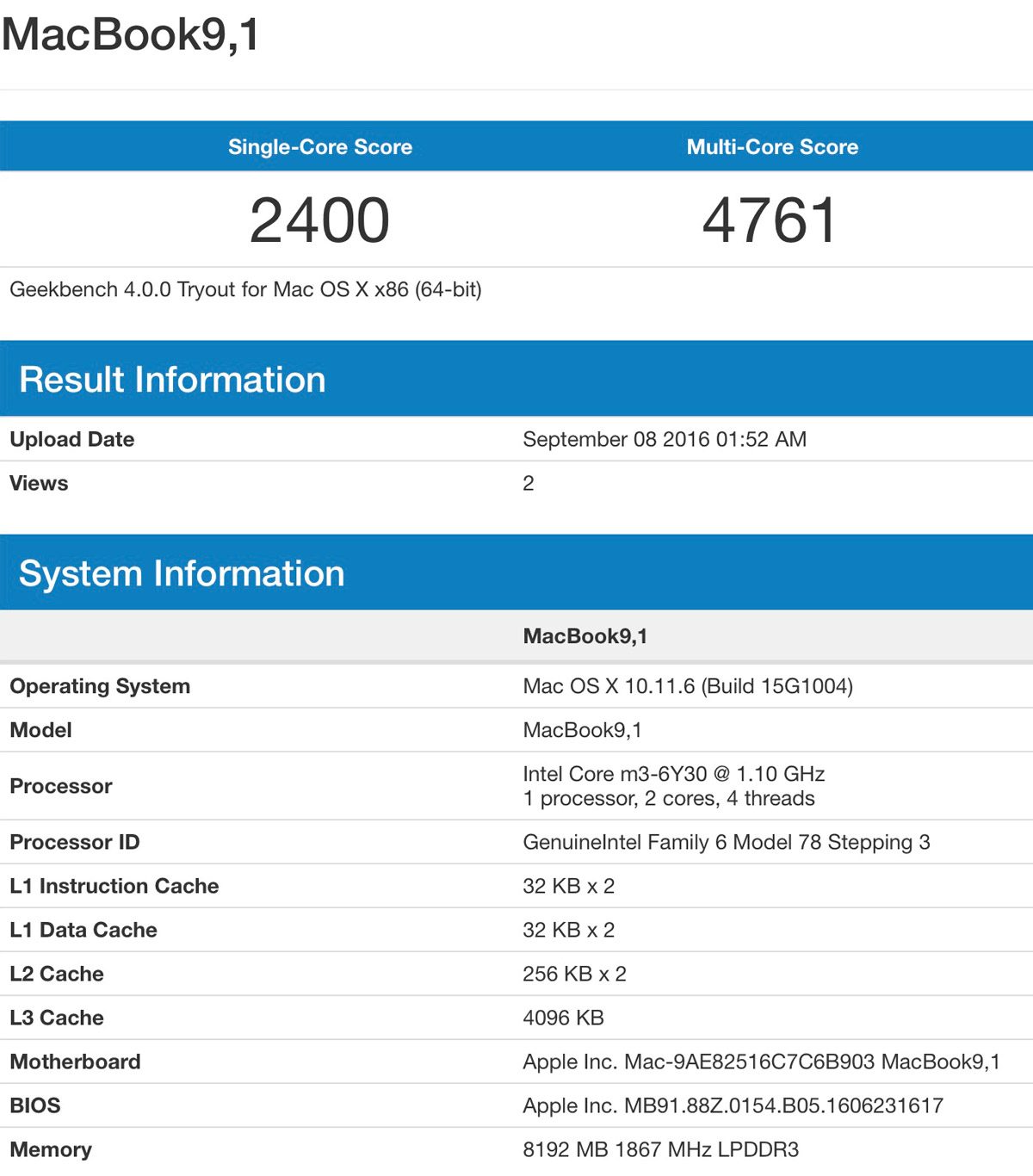 The iPhone 7 Plus even bests the fastest top-of-the-line 2016 MacBook 1.3GHz model in single core performance: 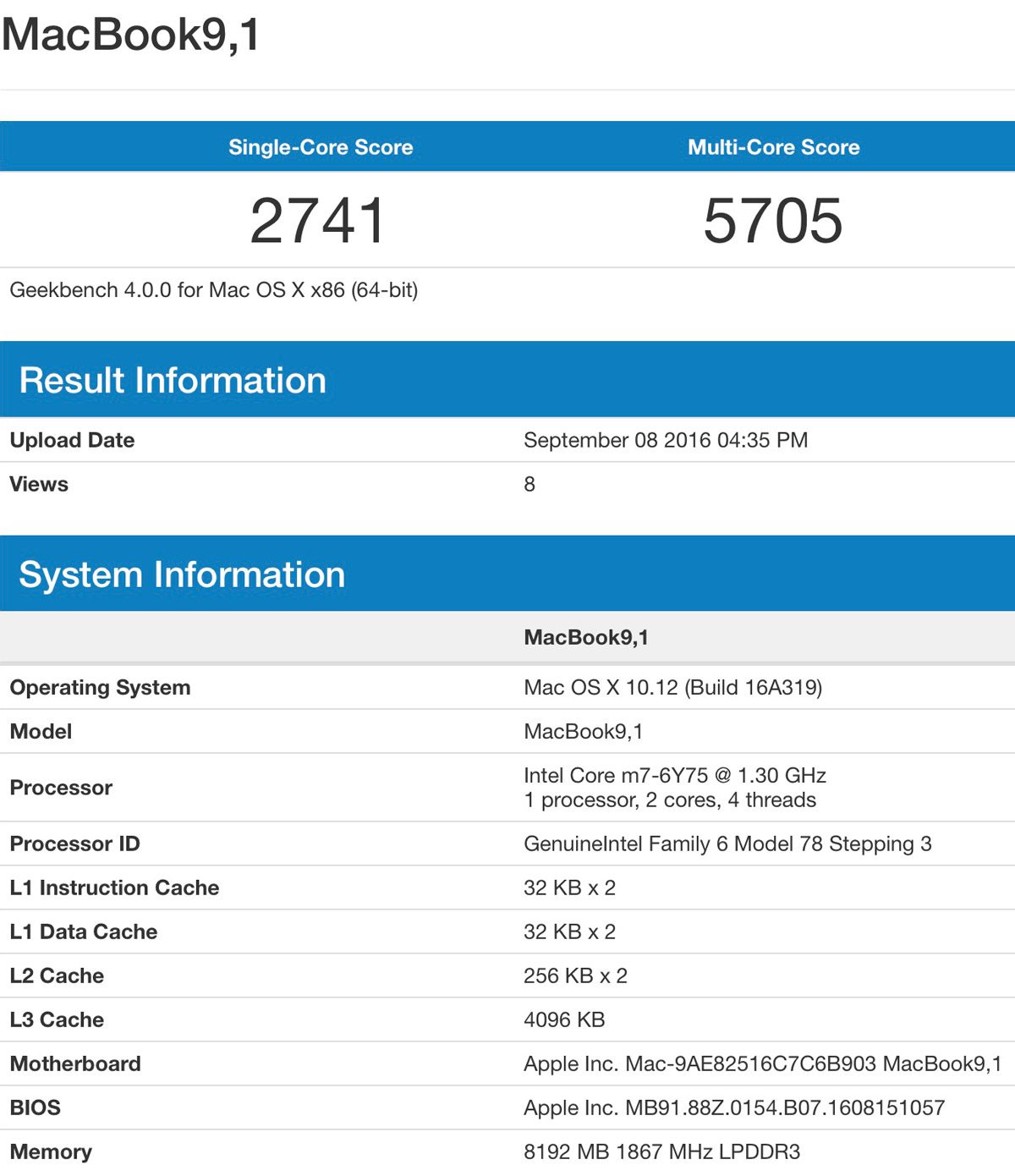 Will Apple Move Mac to ARM?

This should ignite speculation about the future of the Mac and whether Apple should start using its A10 chip in Macs. One could imagine a Mac with an A10 processor, not only performing faster than with its current Intel processor, but having a significantly longer battery life as well.

Imagine the iPhone’s power efficient processor hooked up to a giant MacBook battery. You could conceivably have laptops with 24hr battery capacities. Maybe longer.

This would also dramatically lower Apple’s costs, as the company would no longer have to pay Intel for its x86 processors. This is a somewhat historic and interesting watershed moment for the iPhone and the Mac.

Keep in mind that this is the highest-end phone going against the lowest-end Mac. For the amount of effort that it would take to write a new “Rosetta” layer, I suspect there would need to be much more crossover of processing power — say, an ARM that could match a MacBook Pro or an iMac — before Apple would deem it worthwhile. Otherwise you’d end up with Apple’s own equivalent to the Surface RT.

Another thing to note is that the A10 is underclocked. We don’t know how fast it could get in a Mac.

Biggest problem is on ARM Macs won’t be able to boot into Windows. Plus macOS would have to have some new version of Rosetta (like Snow Leopard did) to run older software until all the developers get on board. Last time, PCC to Intel, for some people this was a long process. Plus how well would Photoshop or any other process intensive software run on an ARM?

If the past is any indication, they are probably already testing Macs running on ARM. It’s also worth noting though, that there isn’t necessarily parity between iPhone/Mac for every task that at present time would be in question. Still, very interesting. As an aside, it would be great to one day be able to have every one of our technological fantasies fulfilled, but it’s incremental, the laws of physics (and at times biology) don’t care about our whimsy. Sometimes I feel that Silicon Valley far too often focuses on the future at the expense of the present, and over the… Read more »

Shouldn’t the turtle be carrying the MacBook?

This sounds like a self-fulfilling prophecy in the making. First, Apple slows down upgrades to the Macs to a crawl while it boosts performance to iOS devices. Second, points to the fact that iOS devices are now faster then Macs as justification to switch to ARM processors. Personally, I am hoping Apple will experiment with AMD’s Zen processor but putting it into an upgraded Mac mini. I would also like to see the new Mac Pro updated and simply called the Mac; while they also bring back a 12 to 24 core tower and call that the Mac Enterprise. Did… Read more »

Could this be why it’s taken so long to update the Mac and MacBook line?

True and good point geoduck. That said. the 1.3ghz macbook model is slightly faster to about even on speed for multicore, and about 18% slower on single core than the iPhone 7 plus…but I’ve been eyeing the 1.3ghz model because it’s basically around the speed of my old macbook air 1.7ghz 11″ Macbook (which was 2 models back the top of the line model), and a “good enough” performer. So while the 1.3ghz processor label looks downright anemic, that it’s about on part with the former top of the line 1.7ghz macbook air makes it, in my mind, a reasonable… Read more »

Perhaps this says as much about the MacBook and its capabilities as it does the iPhone7…?