It’s no secret that I love almost everything about my Apple Watch. Still, there is at least one thing about it that drives me nuts—the “unlock your Mac with Apple Watch” feature works for a few weeks or months, then ceases to function for no reason.

It occurs regularly on both of my Macs and has been going on since macOS Sierra.

It seems to be widespread. I’ve heard about it from countless other Apple Watch users. And, a Google search for “unlock with Apple Watch stopped working” reveals over 149 million results. While I have not read all of them, I’ve read many over the years.

Never fear, gentle reader! After countless hours testing dozens of suggestions, I’ve come up with a surefire recipe that fixes the issue almost every time.

Before performing the steps below, I recommend you read the Apple support article entitled, “How to unlock your Mac with your Apple Watch,” 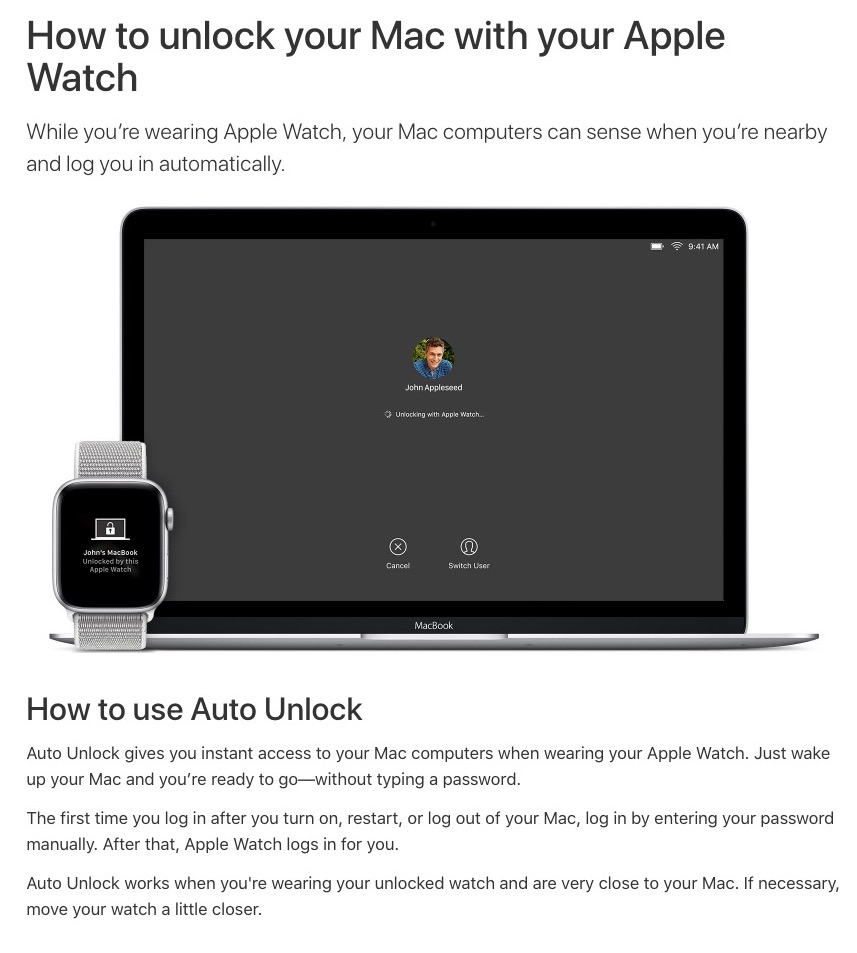 Read this Apple Support article before trying the steps below.

It provides system requirements and setup instructions and will help you get you set up quickly and properly.

Then, if your Apple Watch still won’t unlock your Mac: 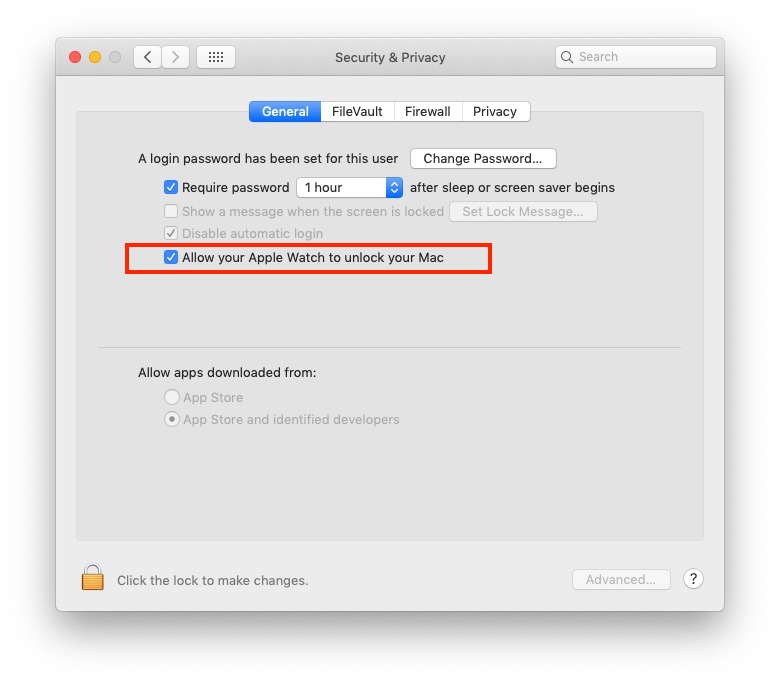 The “Allow your Apple Watch to unlock your Mac,” checkbox in all its glory.

In my experience, this procedure will resolve the problem most of the time. After restarting both devices, your Apple Watch should once again unlock your Mac.

How to Fix It (Part III)

If your Apple Watch still won’t unlock your Mac after performing the 9 steps above I have one more procedure that almost always works when that procedure fails. But, since it takes more time and is more of a hassle, I only recommend it on those occasions when the initial procedure fails:

Once your Apple Watch is unpaired, perform the original 9-step procedure and then re-pair your Apple Watch and Mac. Finally, restore the watch from a recent backup and re-enable “Allow your Apple Watch to unlock your Mac” in the Security & Privacy System Preferences pane on your Mac.

That should do the trick. If your Apple Watch still won’t unlock your Mac, try both procedures one more time before you give up and contact Apple support.

Is there a similar scheme to unlock a Mac if your unlocked iPhone is nearby?

I haven’t seen anything like that but maybe I missed it. It would be nice.

I have an additional suggestion. It’s not foolproof, but it has sometimes worked for me both with Unlock and with Handoff stuff in general: disable and then re-enable Bluetooth on the Mac. You’ll need to make sure you have a wired connection available to a mouse or trackpad to re-enable Bluetooth. But I’m finding more and more that Bluetooth seems to be the culprit whenever any Apple-to-Apple device connections go wrong. (No surprise, since Bluetooth is one of the least reliable technologies ever invented.)

Yeah, I’ve done that a lot and most of the time it doesn’t fix the issue. But you’re right that it couldn’t hurt to try…

One more thing: Bluetooth interference from USB3 peripherals can prevent Unlock with Apple Watch from working. To diagnose this problem, disconnect USB3 devices and try setting up again. If successful, reconnect devices one by one until unlocking fails. In my case, the culprit was a cheapo external drive case with a short, low-quality cable. Using a longer, better cable that allowed the device to be positioned further from the Mac fixed the problem.

Good one! I’ve heard about that (on Mac Geek Gab) but never experienced it myself. Thanks for sharing!