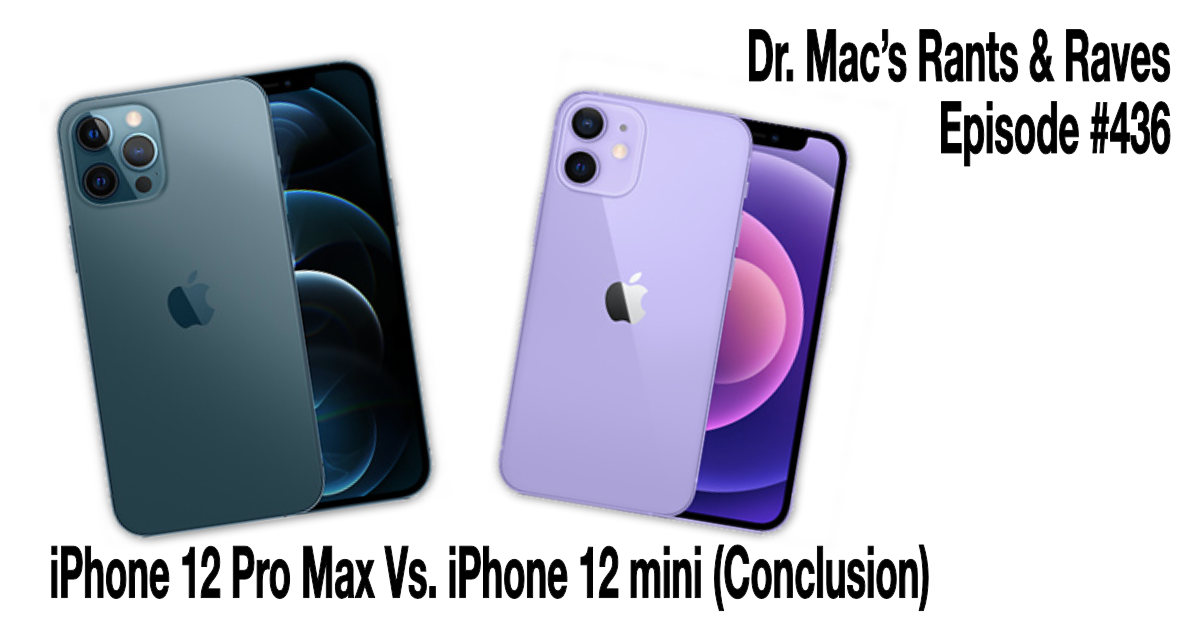 I detailed most of the significant differences I’d found. Now, here’s the scoop on what may be the deciding factor—the camera—followed by my decision.

The first thing I found significant was how good the cameras on both models were. And, the second was how much better than my iPhone X they were at capturing photos and videos in low or challenging lighting situations. I probably looked dorky shooting photos and videos with three different iPhones, but it made the camera comparison as fair as it could be.

The iPhone 12 Pro Max has the most advanced camera system of the three and is the only one offering three lenses—Ultra Wide, Wide, and Telephoto—and the only model (of the three) with advanced optical image stabilization, night mode portraits, and a LiDAR scanner. With such advantages, you would think the iPhone 12 Pro Max would have the best photo and video quality, and it does. What shocked me was how good the iPhone mini camera system was without those advanced bells and whistles.

I’m not a pro photographer, but in many cases, shots I took with the 12 mini looked almost as good (or even as good) as shots I took with the 12 Pro Max. In particular, images captured outdoors and in other well-lit locations looked equally stunning. While the 12 Pro Max is clearly better at shooting in low light (and better still in near darkness), I was surprised at how well the 12 mini did with such scenes.

The point is that either iPhone 12 model shot better pictures and videos than my aging iPhone X. Not just a little better, either. Scenes that were muddy, dark, and all but useless when shot on the iPhone X came to life and were brighter and more usable when shot with either iPhone 12.

Bottom line: the camera on either iPhone 12 model will satisfy all but the most discerning photographer.

If I had to decide today, I’d choose the 12 Pro Max, but not solely because it has the better camera system. The bigger screen, higher maximum storage capacity (512 vs. 256GB), and longer battery life make it an easy call.

That being said, with Apple traditionally announcing new iPhones in September or October, I’m going to keep my iPhone X in service for a few more months. Then, when Apple introduces new models (iPhone 13?), I’ll get one… And, in fact, I might still opt for an iPhone 12 Pro Max based on the new models’ features, prices, and availability.

(Since this episode was titled “Conclusion,” you won’t want to miss the thrilling denouement—coming this September or October!)