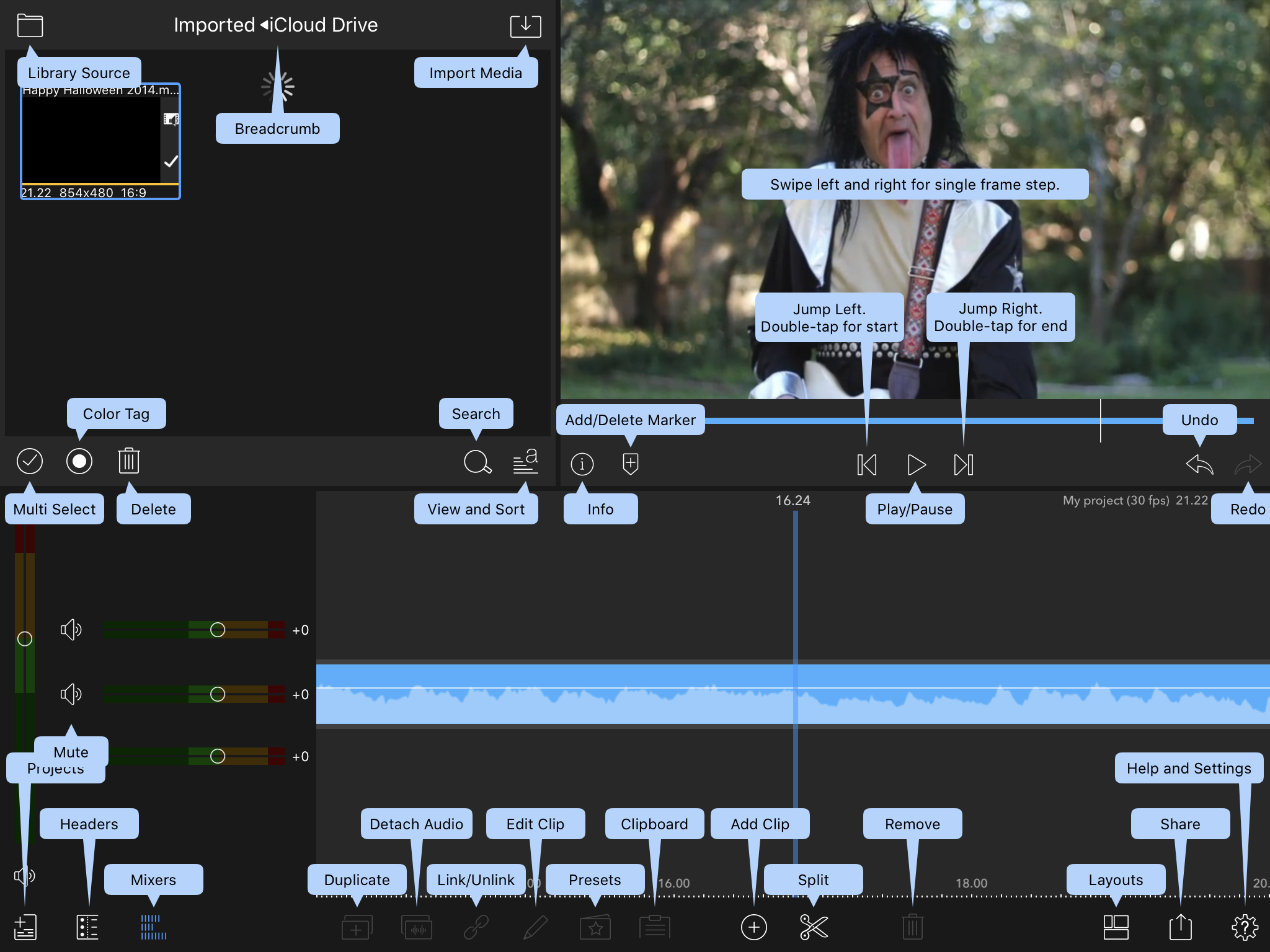 Until recently I believed you needed to invest in expensive hardware to create high-quality video—an ultra-fast computer with a fast GPU; multiple terabytes of fast storage; bulky and expensive digital cameras; specialized video lighting; and, of course, a real keyboard and mouse (or trackpad).

And although I’ve tried more than a dozen video-editing apps on iOS, none had even come close to matching the power, speed, flexibility, and ease of use of Final Cut Pro running on my Mac.

Then, a few months ago, I had dinner with a friend who raved about this amazing new (at the time) video editing app for iOS called LumaFusion from LumaTouch, which runs on both iPhones and iPads and is truly amazing.

LumaFusion is the first app I’ve used that brings “professional” quality video editing to the iPad and iPhone. It’s beautifully designed user interface is the best I’ve found so far for creating great-looking video on an iDevice.

With up to 6 video tracks and 6 additional audio tracks, a magnetic timeline, a titler, and dozens of high-quality transitions and effects, LumaFusion includes pretty much everything you need to edit high-quality video quickly and easily on your iPad or iPhone.

Here are just a few of LumaFusion’s pro-level features:

Although I dove in and found LumaFusion intuitive and easy to use, I appreciated the high quality of both its 120-page downloadable reference guide and the dozens of excellent tutorial videos on YouTube. For example, I watched the Creating Layered Titles tutorial, and in under 90 seconds I learned all I needed to create my own title sequences!

By the way, I sure wish more iOS and iPadOS developers had the good sense to include downloadable user manuals and tutorial libraries.

Moving right along, although I’ve only lurked (so far), LumaTouch maintains a robust online forum for LumaFusion users at forums.luma-touch.com.

While I still prefer using Final Cut Pro with a mouse and keyboard, LumaFusion is extremely capable and much more portable. To see an example of a pro video edited (mostly) with LumaFusion, check out “Todd Rundgren – Tin Foil Hat (feat. Donald Fagan) [Official Video] on YouTube.

While $29.99 might sound expensive for an iOS/iPadOS app, LumaFusion is worth every cent if you need to edit decent-looking (and sounding) video on your iDevice.

There is no free trial, so if editing video on an iDevice intrigues you, I recommend watching some (or all) of the LumaFusion tutorial videos on YouTube.

2 thoughts on “Video Editing on iOS/iPadOS with LumaFusion”