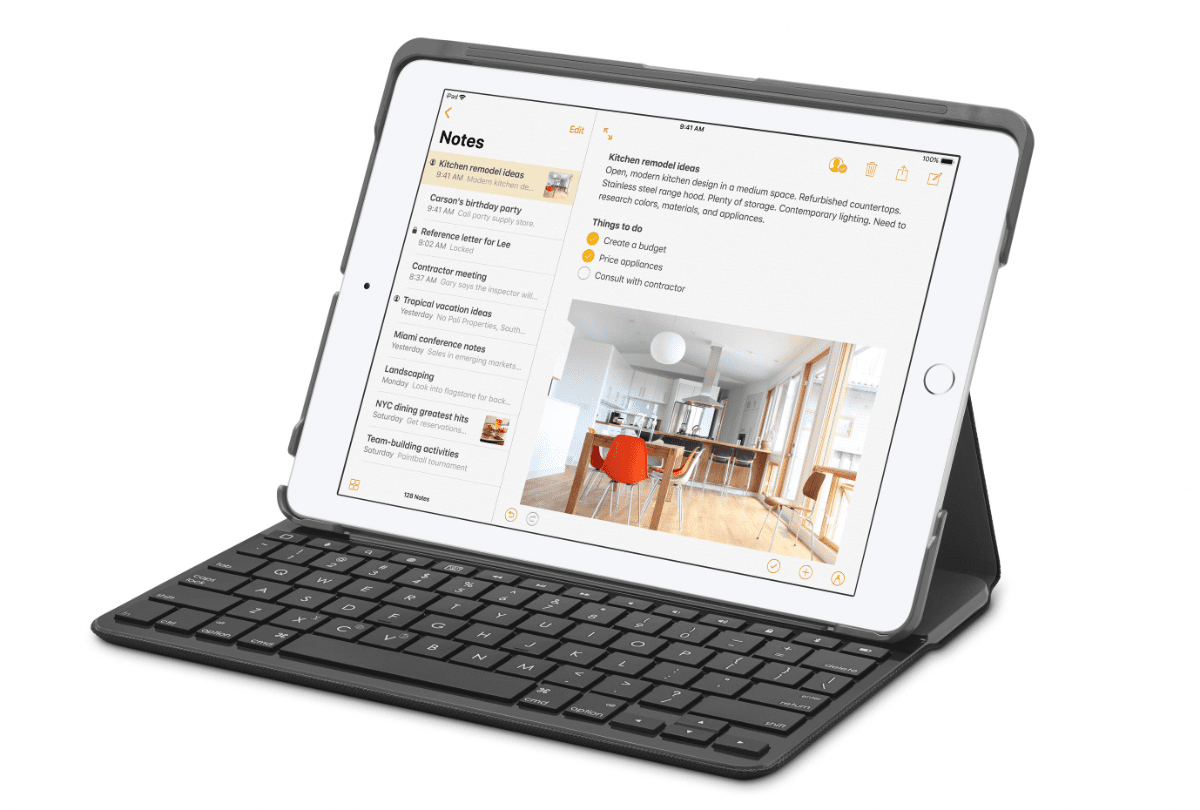 Let’s start with someone who spends “computer” time looking at web pages, checking email, a bit of social media, and online banking. If that’s most of what they’re doing, an iPad is more than adequate.

Now let’s look at someone who is producing online audio. Record using anything from Voice Memos (part of iOS) and the built-in mic, or one of many recording apps and a microphone. Then you can edit with apps like Ferrite. I know this to be true, because I have recorded and edited more than one podcast using only my iPad. I have asked more than one person if they could hear the difference and the only person who said they could tell which was which actually chose the recording from my laptop, not my iPad.

If you’re doing video production, you can shoot video up to 4K with the rear camera, and again there are loads of apps to choose from, two popular ones being iMovie from Apple and LumaFusion. Again, you can work with high quality files and publish online immediately. You can capture and produce a finished product and share it with others just as you could if you had a laptop with you.

My final example: Someone like me who spends a lot of time using web tools and assembling words and images into varying formats. Drop a keyboard (Smart or otherwise) in the mix and I can type as fast as I can on my “regular” setup. I have fully functioning iOS apps like Scrivener and/or responsive web pages for tools I use, and while the steps are a bit different, I can still do all the same things.

Not For Me Isn’t Necessarily Not For Anyone

Is this every possible example of user? Not even close. Does everything work exactly the same on iOS as it does on macOS? Obviously not. But that doesn’t negate the iPad as a viable option for a lot of people. I have talked about this for ages: If everyone had a moment of technological honesty, it’s entirely possible a whole lot of people would see that an iPad (not even the latest model) is a more than adequate upgrade. We’ve reached a point where “full” computers aren’t being revolutionized yearly, and the hardware is fast enough now the slowness usually isn’t in the machine anymore. Now it’s the Wi-Fi or the app having trouble, not your computer lacking horsepower.

I have personally seen more than one person “upgrade” from an old computer to a new iPad who couldn’t be happier. They are gaining speed and portability, and it works just like the iPhone, so they know their way around from the start. When your baseline is a much older computer whether it’s a Mac or a PC, this is a really nice upgrade for a good price.

Be skeptical of these reviews, because “it’s not for me” is vastly different from “it’s not for anyone.” This point of view has gotten more and more common among pundits, who dismiss something outside their perspective then go on to write about how this new thing clearly isn’t popular (and if we’re talking about Apple, why this means they’re obviously doomed).

13 thoughts on “Yes, iPad Pro CAN Replace A Computer”