IBM and Apple have been partnering with each other for some time now. The action continues with Macs finding great favor within IBM. Also, education initiatives via iPads continue. Finally, IBM’s Watson has to be giving Apple some big ideas. This has the signs of becoming one of the most productive partnerships ever, amongst former rivals, in the tech industry. 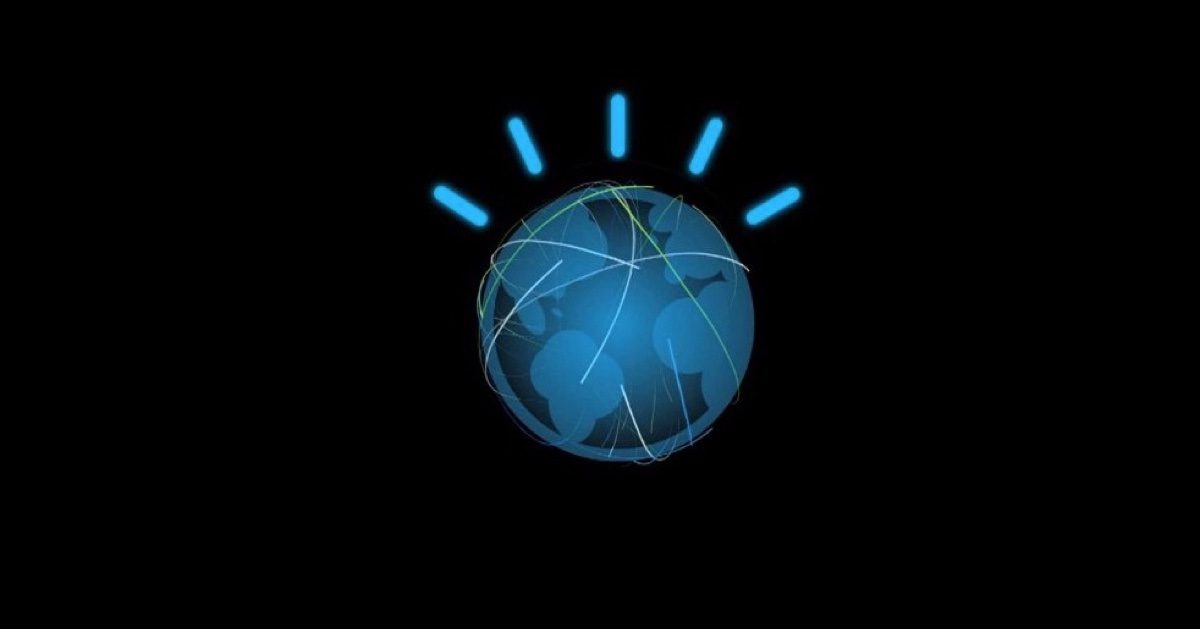 This week, I saw three notable articles that punctuate the ongoing partnership between these two companies.

1. “IBM says it is 3X more expensive to manage PCs than Macs.” This is from Jonny Evans at Computerworld.

I remember, back in the 1990s, those of us in the workplace who proselytized Macs pointed out that Macs were easier and less expensive to operate. That counsel usually fell on deaf ears because IT mangers were invested in PCs and Windows for reasons that outweighed long term cost savings. To get their way, they argued that Macs were too expensive initially. That was a cost that was in the face of signature authority and hard to brush under the rug. In contrast, ongoing maintenance costs were a bigger, more muddled pie and easier to justify.

Today, things have changed a little. IBM is very conscious at a high level, about those cost savings. Author Evans writes:

IBM today told the record-setting seventh Jamf Nation User Conference that it is saving even more money by deploying Macs across the company than it thought: each Mac deployment saves the company up to US$535 over four years, in contrast to the $270 per Mac it claimed last year.

Fletcher Previn, IBM VP of Workplace as a Service, told the conference:

IBM began replacing PCs with Macs in early 2015, when it began giving employees the choice to upgrade to a Mac when their company kit needed upgrading. The data speaks for itself, at IBM an astonishing 73 percent of employees will choose a Mac when they get the chance to choose for themself.

Not only has the company been saving between $264-$535 for each Mac deployment over four years, but just 3.5 percent of employees using a Mac will call the company help desk. Give employees the devices they want, manage those devices in a modern way, and drive self sufficiency in the environment.”

It’s a remarkable thing to have happen. And when Apple Macs start to ignite IBM employees with infectious enthusiasm, Apple no doubt has taken note. The Mac is hardly dead. Perhaps we’ll see if this IBM effect has influenced Apple’s thinking about the Mac on October 27. 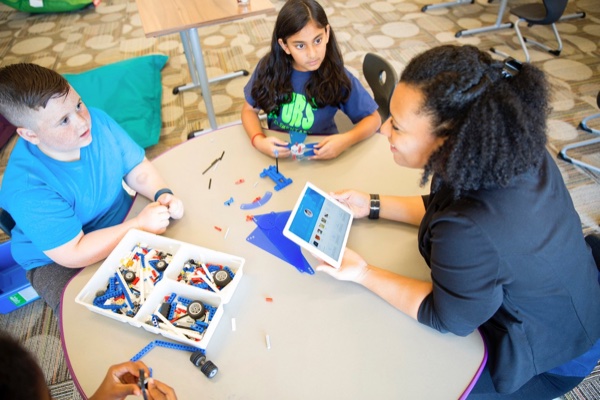 19 Oct 2016: IBM … today announced the first IBM MobileFirst for iOS education app. The app, IBM Watson Element for Educators, enables a new level of engagement for teachers by providing a holistic view of each student at their fingertips, including data on interests, accomplishments, academic performance, attendance, behaviors and learning activities. As a result, teachers are empowered with data-driven insights to help them address individual needs that can potentially lead to better outcomes throughout student’s K-12 learning experiences.

The key here is the heuristics in use by IBM’s Watson to support what’s called “IBM Watson Element.” The operation of this tool is remarkable.

IBM Watson Element provides teachers with a holistic view of each student through a fun, easy-to-use and intuitive mobile experience that is a natural extension of their work. Teachers can get to know their students beyond their academic performance, including information about personal interests and important milestones students choose to share. For example, teachers can input notes when a student’s highly anticipated soccer match is scheduled, when another has just been named president for the school’s World Affairs club, and when another has recently excelled following a science project that sparked a renewed interest in chemistry.

IBM’s Watson has already been pressed into service to partner with oncologists. No doubt, Apple’s influence on IBM engineers with Macs is being reciprocated with a keen understanding by Apple executives on the payoff derived from IBM’s supercomputer and Watson expertise. I can only imagine IBM’s briefings to Apple on the opportunities. 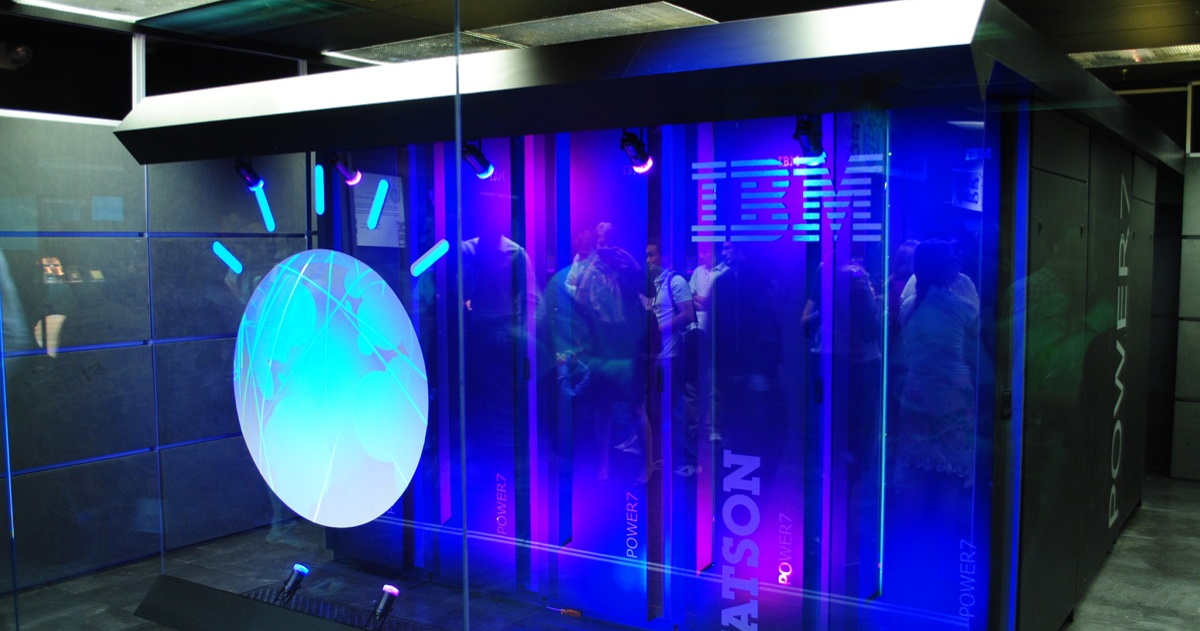 3. “IBM Is Counting on Its Bet on Watson, and Paying Big Money for It.” This is from the New York Times.

IBM is betting big in Watson to fuel IBM’s resurgence, according to the NYT.

IBM has invested billions of dollars in its Watson business unit, created at the start of 2014, which now employs an estimated 10,000 workers. Its big-ticket marketing push includes clever television ads that feature Watson trading quips with famous people like Serena Williams and Bob Dylan. And Watson, after a slow start, has shown its mettle by assisting in daunting tasks like diagnosing cancer.

… The technology, IBM executives say, has the potential to make precision medicine and tailored therapies available to millions of cancer patients instead of the small number now treated at elite medical centers with genomics expertise.

With IBM’s focus on research in medicine and Apple’s enthusiasm for health and fitness monitoring, it may not be too long before Watson is interacting with our iPhones and Apple Watches via HealthKit and Siri in further partnership.

The Challenge For Apple

Clearly IBM has learned a lot about how to increase productivity and cut costs by giving employees Macs, the best tool for the job. Synergies with iPads in education and the enterprise have now been well documented. The question in my mind is how fast can Apple learn its way around IBM’s supercomputer and AI culture, and what new challenges will Apple take up with that new expertise. The good news? It’ll all be guided by Tim Cook’s character and values.

With two tech giants like Apple and IBM working on medicine and education, all kinds of good things will happen next. Most importantly, the concrete work already done greatly outweighs the speculative doomsday scenarios of AI agents run amok.

And consider: these companies used to be arch enemies in the long gone PC wars of the 1980s and 1990s. I give credit to Tim Cook’s vision. And we’re just in the relatively early stages of this partnership.

I’m not sure you can classify IBM as a bitter enemy of Apple in the 1990’s.

They did form the AIM alliance together with Motorola to develop, manufacture and implement the PowerPC chip starting in 1991.

While it’s great to see them working closely again it isn’t the first time or like they’ve just finally mended fences.

And let’s not forget that IBM owns Transitive, you know – the company that built Rosetta.

Think of what A-series plus Rosetta could do if Apple decided to do it.