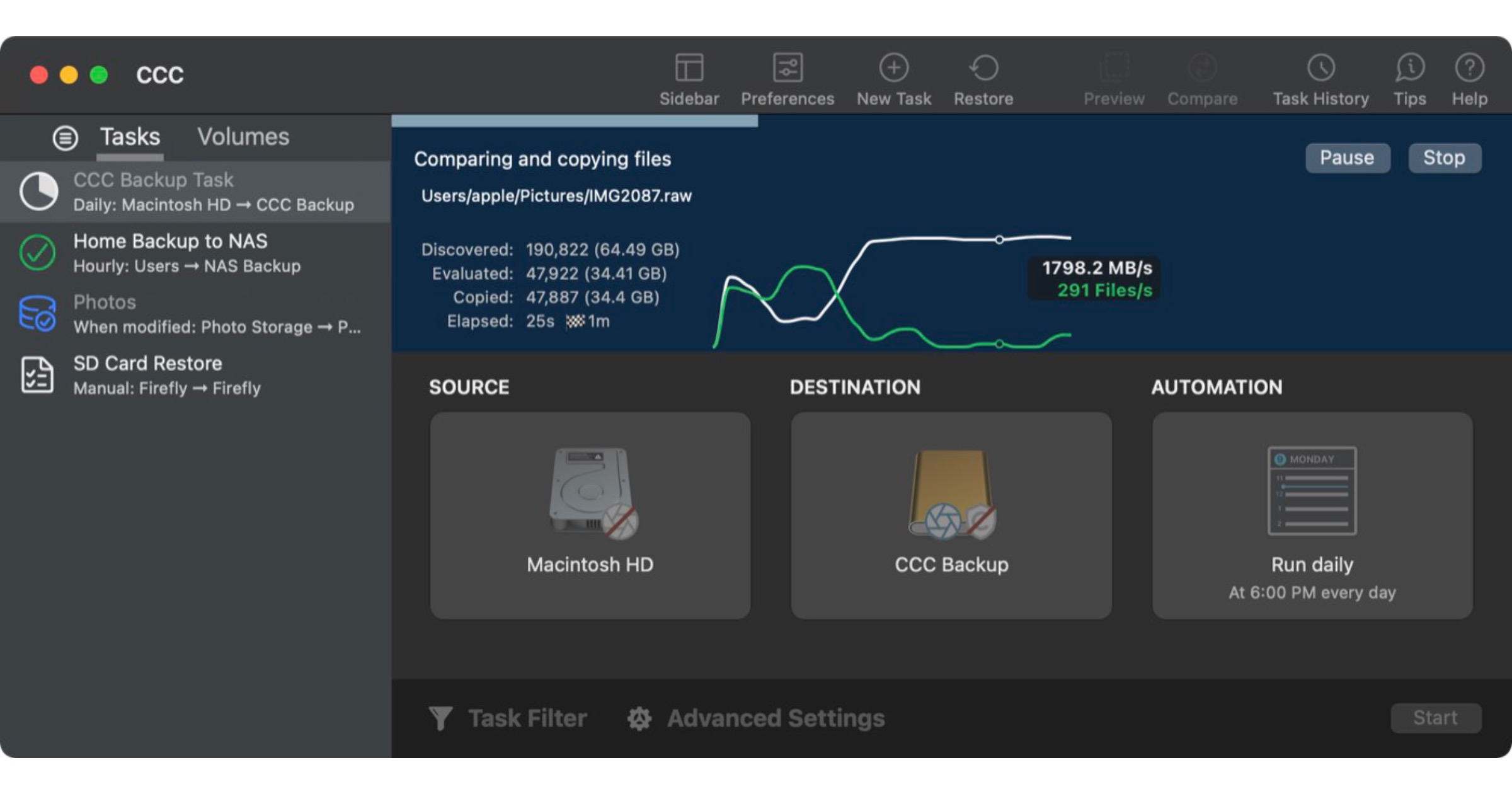 Bombich Software has recently released Carbon Copy Cloner 6, the latest update for its backup program. The team says: “It’s a major upgrade with a redesigned interface and dozens of new features. It’s been almost four years since our last major release and we’ve packed in a ton of new features.” CCC can now use the macOS FSEvents service for a list of folders modified on the source since the last backup rather than scanning every folder for changes. The UI has also been redesigned and includes dark mode and a more detailed progress indication when a task is running, and more.