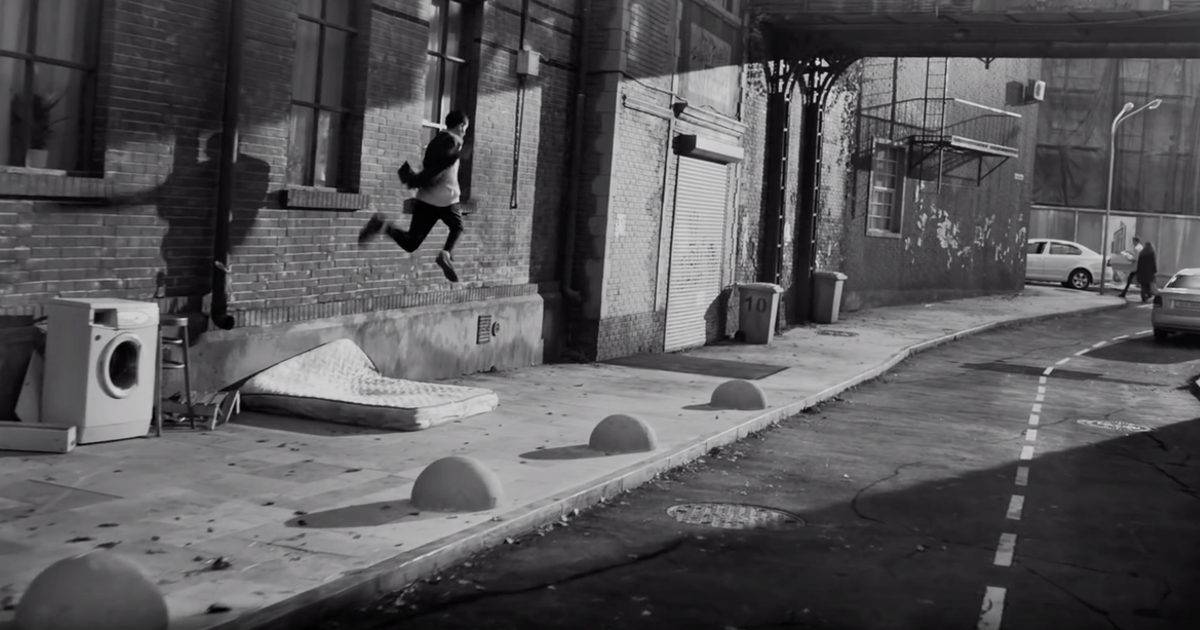 Apple’s new AirPods ad, ‘Bounce’, is a typically beautiful, artistic, creative, offering from the company and its ad agency TBWA\Media Arts Lab. AdWeek told the story of how the gravity-defying clip was created.

To achieve the trampoline effect on a sidewalk, the set was crafted six feet above the floor of the soundstage, enabling the talent to bounce deep into the ground for maximum lift. The talent, by the way, is a French actor chosen in part for having trampoline experience—but he’s not an acrobat or professional dancer, as the ad’s creative team wanted a lead who moved in a natural way rather than with otherworldly grace. The ad’s most impressive moment, when the star tumbles off a bench and into a wall behind him, was also achieved with practical effects. The scene was first shot right-side-up, then the set was Ad 90 degrees, allowing the actress in the scene to keep sitting (really lying on her back) while the star fell backward to bounce off what appears to be a wall.

Check It Out: How Apple Defied Gravity in AirPods Ad

One thought on “How Apple Defied Gravity in AirPods Ad”