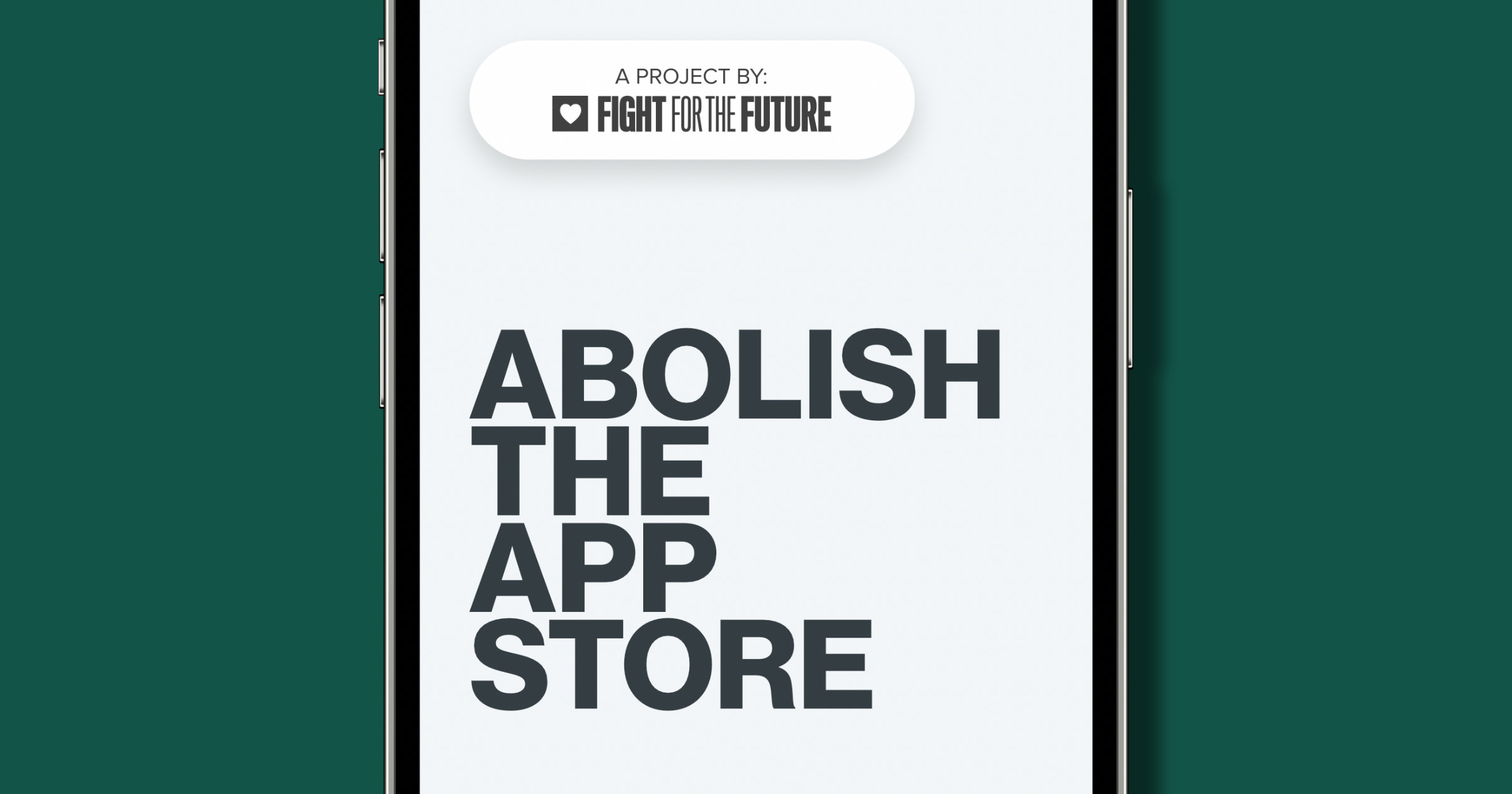 The Senate Judiciary Committee is preparing to hear testimony from app developers regarding the App Store. In preparation, Fight For The Future has created AbolishTheAppStore.org.

By centralizing software distribution through the App Store, Apple is upholding the unjust laws of authoritarian regimes and restricting innovation in the mobile software industry. We believe that iOS should work like every other general purpose computing system, including Apple’s own MacOS. Developers should be free to create — and users should be free to install — software directly onto the devices that they own without asking for Apple’s permission.

Check It Out: Digital Rights Group Calls on Congress to Abolish the App Store