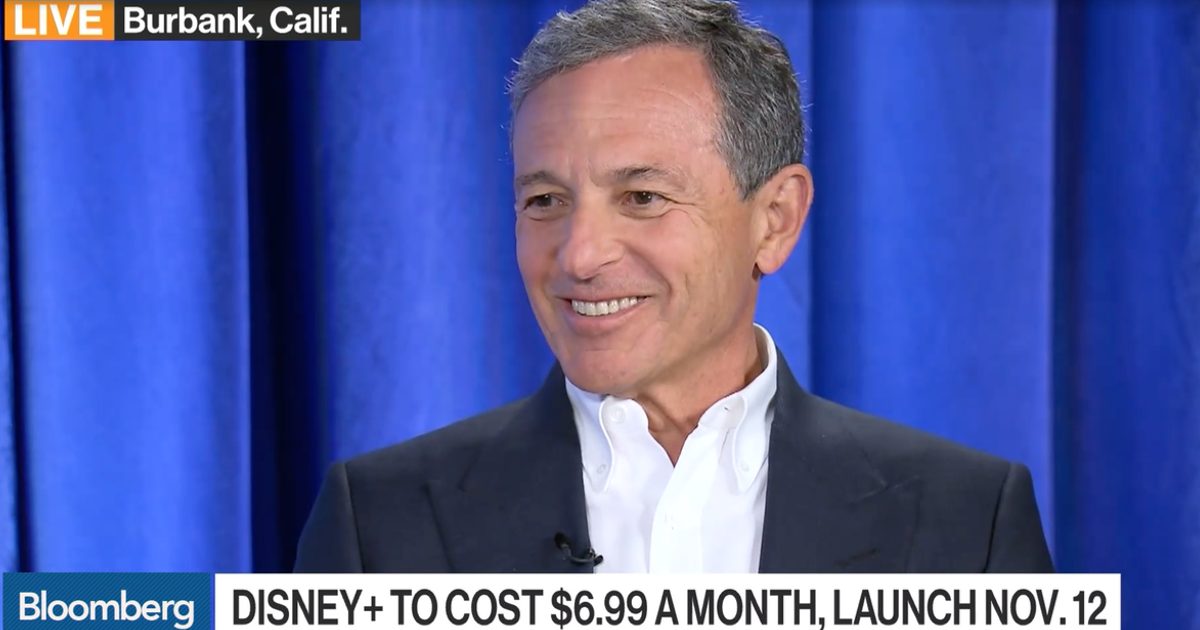 In a fascinating interview with Bloomberg TV, Disney Chairman and CEO Bob Iger discussed the new Disney+ streaming service. In the course of the conversation, he revealed that the service will be available via Apple TV. He also confirmed he will be staying on Apple’s board. That is despite the fact the two firms are going to be competing directly against each other in streaming.

The new Disney+ app will “in all likelihood be available through traditional app distributors, Apple being one of them,” Disney chief Bob Iger said in an interview with Bloomberg Television’s Emily Chang. While the studio behind “Star Wars” and Marvel movies said during an earlier presentation that consumers will be able to subscribe on Roku and PlayStation, it held back from naming others. Disney didn’t make announcements about other platforms because they “haven’t made deals with all of them yet,” Iger said. He also suggested that he isn’t planning to step down from the Apple board despite the companies going head-to-head in streaming

Check It Out: Disney+ Likely Coming to Apple TV, Bob Iger Staying on Apple Board