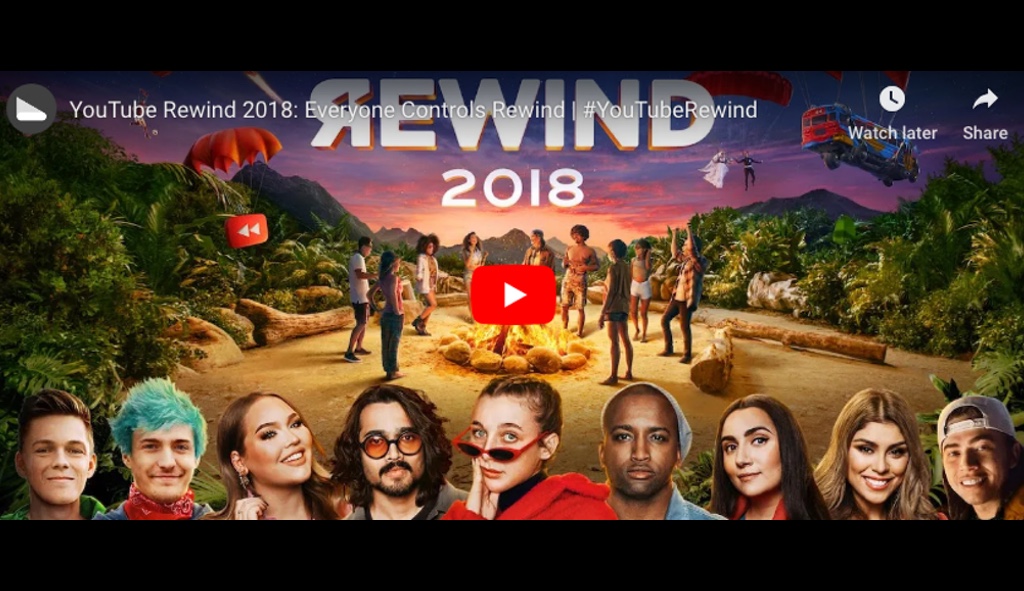 YouTube is to stop making its annual ‘Rewind’ videos. The look-back clip was scrapped in 2020 because…2020, but the move has now been made permanent, TubeFilter reported.

The decision was made on what would be the 10th anniversary of Rewind. YouTube says it is not abandoning the project because of the widespread criticism it has received on more recent efforts, but because its platform has become so massive that it is impossible to encapsulate its vastness and diversity within a minutes-long compilation. Accordingly, YouTube says it will be passing the baton to creators, who have increasingly been producing their own homespun versions of YouTube Rewind in recent years. “Since Rewind started in 2011, we have seen creators from MrBeast [54 million views], elrubiusOMG, and Slayy Point, to so many more, create their own end-of-year videos, uniquely capturing the year from each of their perspectives,” a YouTube spokesperson tells Tubefilter.