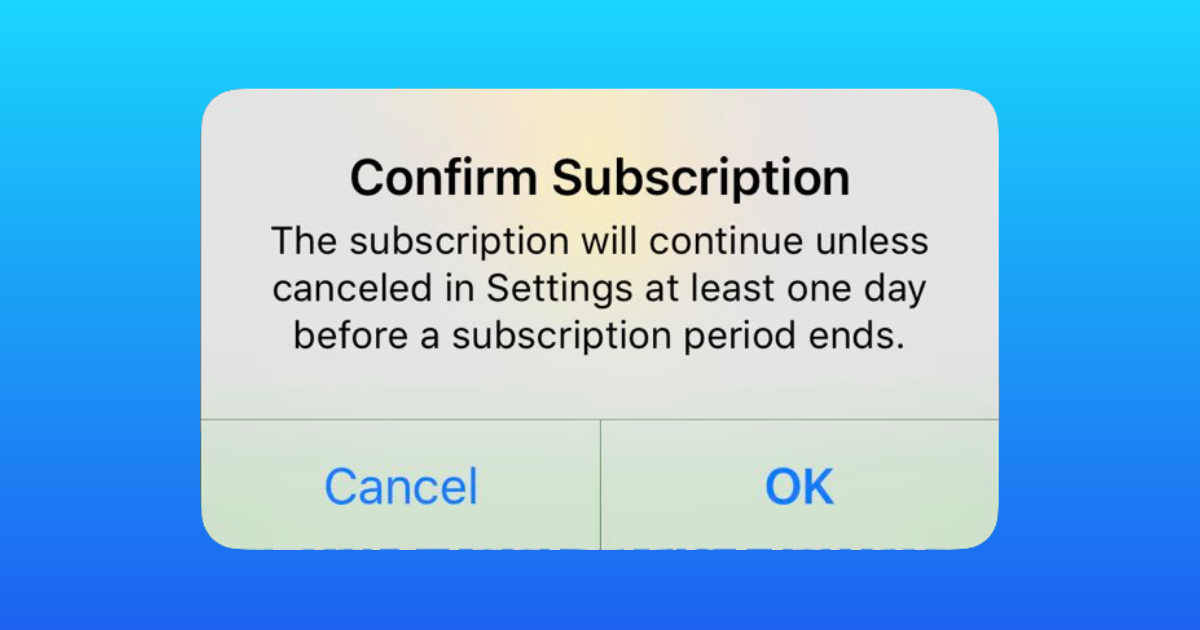 [iOS: How to Find and Cancel iOS App Subscriptions]

The feature was found by David Barnard, who tweeted about his discovery:

After you confirm a subscription with Touch ID/Face ID, a window will popup asking if you really meant to do that. You can either tap Cancel or Ok to continue. This goes a long way to prevent unscrupulous developers trying to trick people into subscriptions.