Apple is now accepting donations to the Southern Poverty Law Center in iTunes. Tim Cook announced in a letter last week that Apple would make a US$2 million donation to the SPLC and the Anti-Defamation League because of the violence at the Charlottesville protests. People can make SPLC donations in amounts ranging from US$5-US$200. 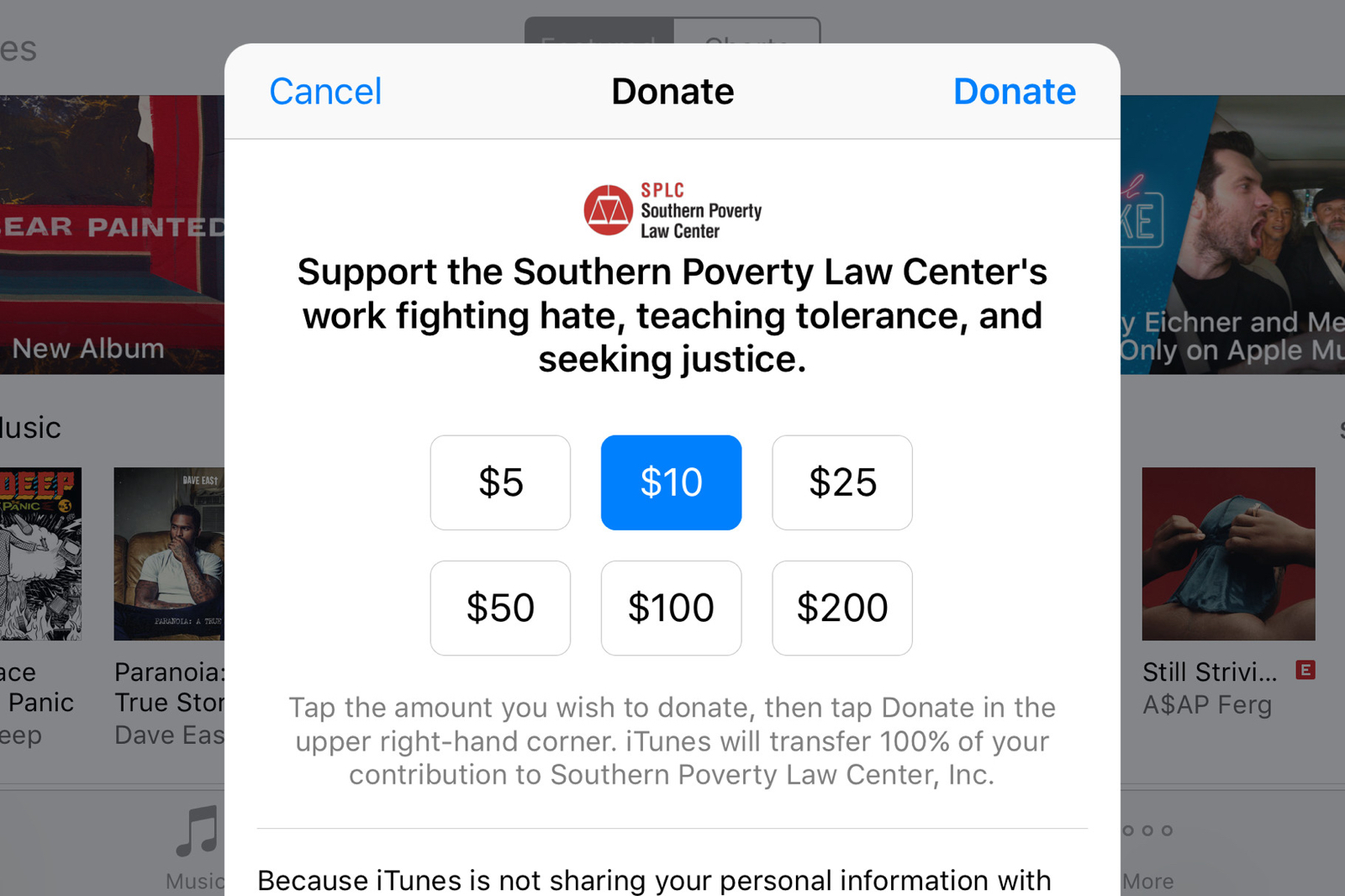 You can find the donation page in iTunes under the New Music, Hot Tracks, and Recent Releases sections. 100% of donations will be given to the civil rights organization.

In the wake of the tragic and repulsive events in Charlottesville, we are stepping up to help organizations who work to rid our country of hate. Apple will be making contributions of $1 million each to the Southern Poverty Law Center and the Anti-Defamation League. We will also match two-for-one our employees’ donations to these and several other human rights groups, between now and September 30.