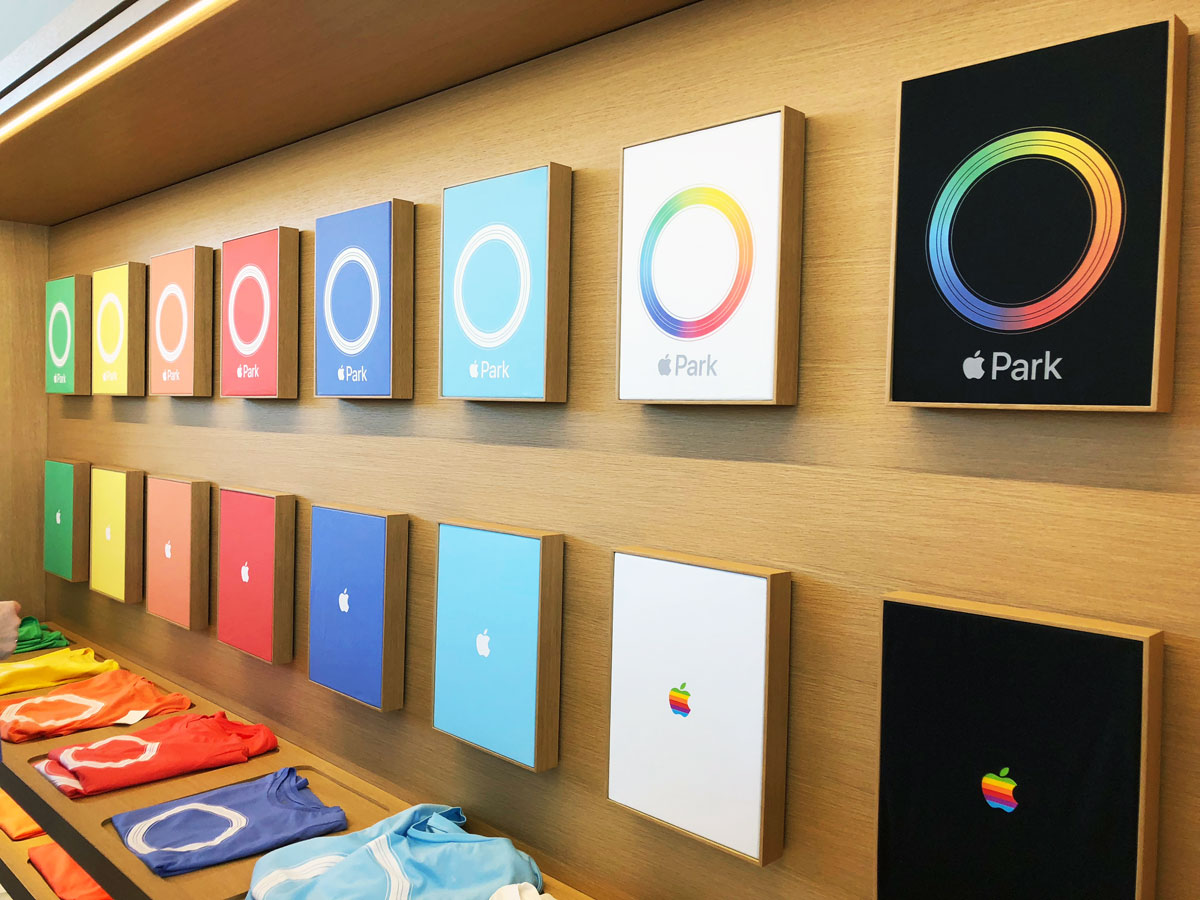 There are two designs, as shown below. The top row has a ring representing Apple Park itself with  Park below it. There are six colors (get it? Six colors?) with a white ring. These shirts remind me a lot of an iPad nano. The white and black shirts both have a rainbow colored ring. The back of these shirts in small writing near the neck is:

On the bottom row are shirts that simply have the Apple logo and nothing else. Interestingly, the white and black shirts both have the original six-colored Apple logo. Honestly, I’m flabbergasted Apple would look back at a logo abandoned years ago. The back of these shirts are blank.

Apple is also offering  Park bags, as shown, at $25. To the right are Apple logo hats, which are $40. The baby shirts and onesies are priced at $20. The circle of cards are gift card choices.