The Apple Cotai Central store has a grand opening on June 29. It’s the second Apple store in the Chinese district of Macau. It’s part of phase four of the Sands Cotai Central resort. 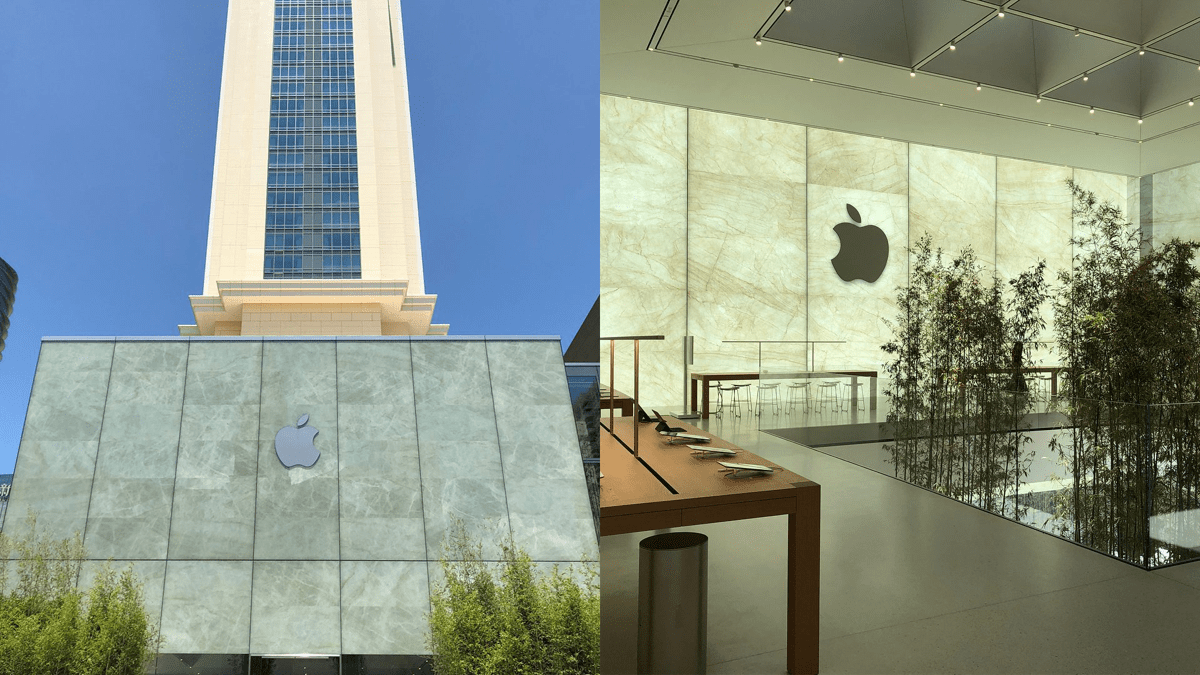 The store has a beautiful bamboo grove inside, as well as special stone curtains. The stone curtains were manufactured in Switzerland. They consist of 1mm thick stone sheets laminated between sheets of glass.This gives the inside a calming gray-green aura that matches the decor. Leave it to Apple to match electromagnetic radiation with its designs.

Inside, a stone stairway leads to a balcony with a view over the district. On the ground floor there is a giant 8K video screen, with saddle brown leather benches. Press members were invited to preview the store ahead of the opening, and there’s a YouTube video that shows what it looks like inside.