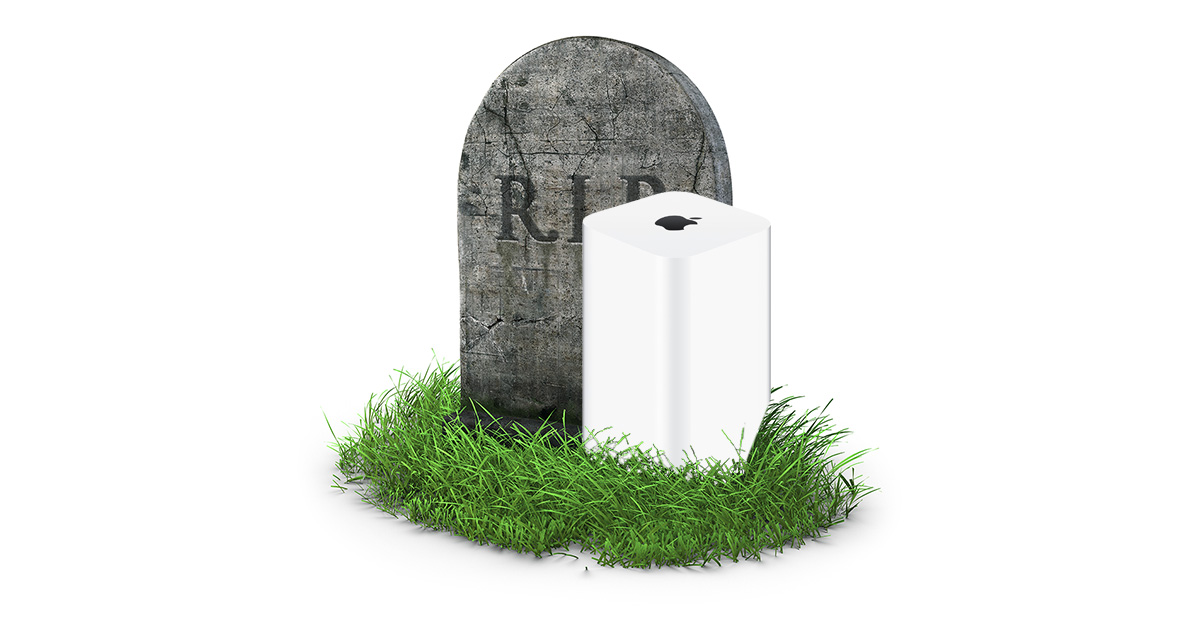 Apple hinted that it was out of the Wi-Fi base station game in late 2016 by disbanding its wireless networking team, and now it’s official: the AirPort Extreme, AirPort Express, and Time Capsule are no more. Apple has stopped making its Base Station line but will keep selling the products until the remaining inventory is gone.

Apple’s official confirmation comes from statements given to 9to5 Mac and iMore. The statement says,

We’re discontinuing the Apple AirPort base station products. They will be available through Apple.com, Apple’s retail stores and Apple Authorized Resellers while supplies last.

That means the next time you need to buy a new Wi-Fi router, unless it’s really soon, you won’t get one with an Apple logo.

The Slow Demise of the AirPort Base Station

Apple gate Wi-Fi a kickstart back in 1999 with the original AirPort Base Station and clamshell iBook. AirPort support then spread to include the rest of the Mac lineup and led to several product iterations including the AirPort Express, AirPort Extreme, and Time Capsule—an AirPort Extreme Wi-Fi router with a built-in hard drive for Time Capsule backups over the network.

The AirPort product line stalled in 2013 when the AirPort Extreme and AirPort Time Capsule were last updated. Both got 802.11ac support while the AirPort Express was last refreshed in 2012 with a body redesign. The Express has been stuck at 802.11n since 2008.

[The Pros and Cons of Legacy Apple Products Going Extinct]

Without any changes to the product line in years, it wasn’t a big surprise in late 2016 when word surfaced that Apple’s wireless networking team had been disbanded. That was a pretty clear indication that the AirPort lineup was done.

Fast forward to spring 2018 and we’re finally getting official confirmation that Apple is out of the Wi-Fi router business.

If you’re planning on continuing to use AirPort Base Stations for the long term, you better hope your current model doesn’t fail. You can also buy a few spares while they’re still in stores.

Since the Wi-Fi router market continued to progress after 2013, Apple’s Base Stations seem dated despite their reliability. Newer products from other companies offer features such as better bandwidth management, VPN support, cloud storage, and more. Wi-Fi Mesh as come into its own, too, and that’s another feature you can’t get with an AirPort Base Station.

If you’re looking for a stand-alone Wi-Fi router and are willing to spend most of the price of an AirPort Extreme, TMO’s Dave Hamilton suggests you check out Synology’s products. If you’re looking to move to a Wi-Fi Mesh setup, Dave has some great suggestions there, too.

Regardless of what your next Wi-Fi router choice is, don’t look to Apple for a new option. The AirPort lineup stalled in 2013 and now is officially dead, which is a shame because Apple’s Wi-Fi routers have been so reliable.