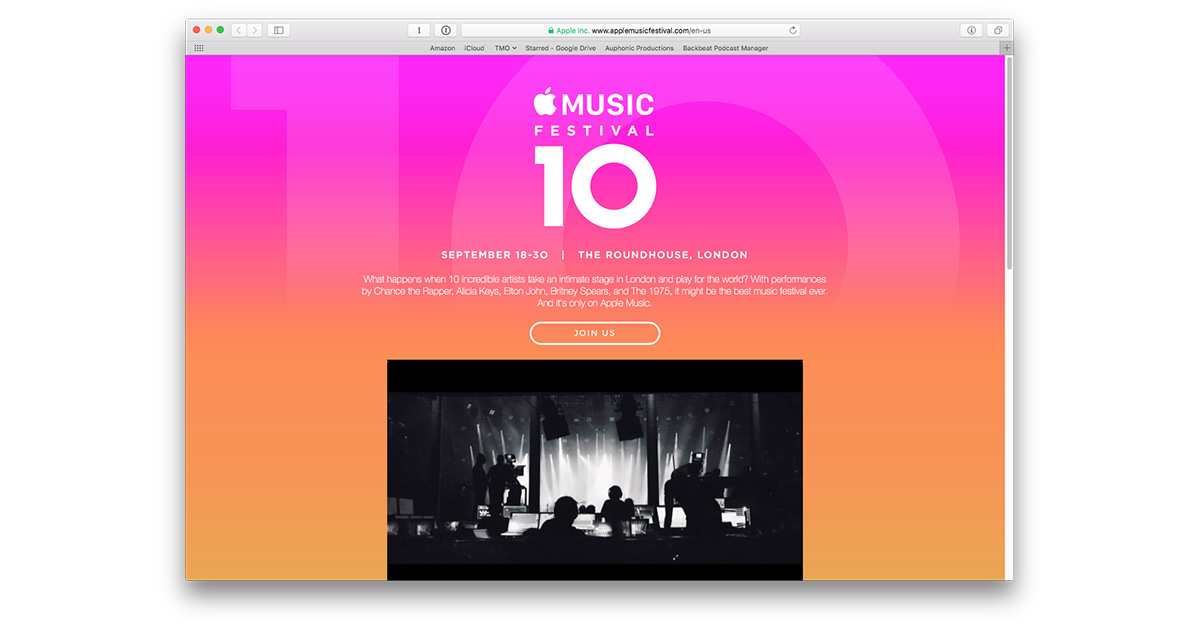 Like previous years, concert tickets are available through a lottery system on the Apple Music Festival website. For everyone who doesn’t get a show ticket, or isn’t in London during the festival, each concert will be broadcast on Apple Music.

The Apple Music Festival will be open to a much larger audience this year because the Apple Music streaming music service is now available on Android, Windows, and Sonos, along with OS X, iOS, Apple TV, and CarPlay. Apple Music costs US$9.99 a month, but includes a free three-month trial, which means even if you aren’t a subscriber now you can check out all of the festival concerts for free.