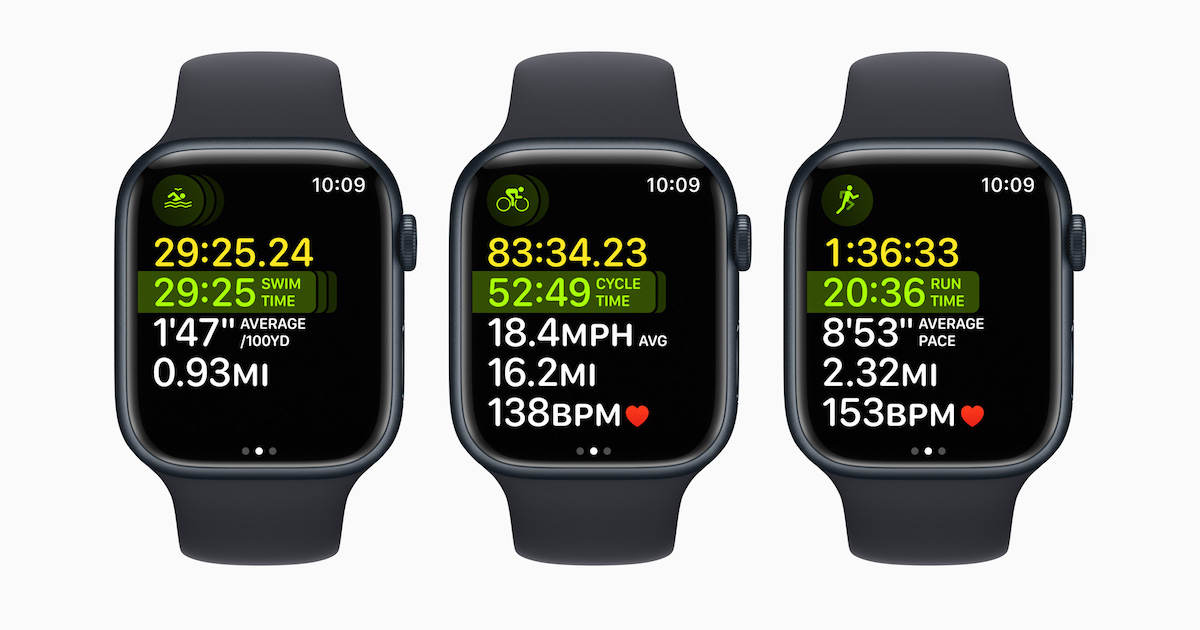 After a summer of beta testing, Apple has released watchOS 9 to all with compatible models of the Apple Watch. The update offers new watch faces, an enhanced Workout app, sleep stages and more. The latest operating system for the Apple Watch can make the wearable device an even more important part of your life.

The Cupertino-based tech giant has introduced a number of new watch faces with watchOS 9. One of the biggest for some will be the Lunar watch face, which shows the relationship between our highly-recognized Gregorian calendar and the lunar one used by Chinese, Hebrew and Islamic cultures.

Apple has also brought a dynamic art-based face called Playtime, offering a whimsical look at the time. The classic, type-driven Metropolitan watch face lets you change the style of the numbers by turning the Digital Crown. The classic Astronomy face is remastered with a new star map along with current cloud data.

There’s plenty more to unpack just in watch faces, such as a new Portraits option that shows off the depth effect on even more of your pictures. Rounding it out, Apple has made its Nike watch faces available to everyone, even those without the Nike model of the wearable device.

Cupertino also updated the Workout app, one of the most popular pieces of software on the Apple Watch. It offers richer metrics for measuring your workout performance, and now uses the Digital Crown to move between Workout Views. Interval training enthusiasts can also build Custom Workouts, structuring them to include both exercise and recovery intervals.

On the health side of things, watchOS 9 can now track sleep stages and help users remember to take their medications on time. Apple used machine learning models trained and validated against clinical gold standards to develop the sleep stages tracking. Furthering the usefulness of the Apple Watch even more for health, users diagnosed with atrial fibrillation can enable an FDA-cleared AFib history feature to help their doctors better understand their condition.

Users with an Apple Watch Series 4 or later can install watchOS 9. The new version does require the Watch be paired with an iPhone 8, second-generation iPhone SE or later, running iOS 16. Not all features will work on all models or in all countries.

To update to watchOS 9, first make sure your paired iPhone is running iOS 16. Then, open the Watch app and navigate to General > Software Update.