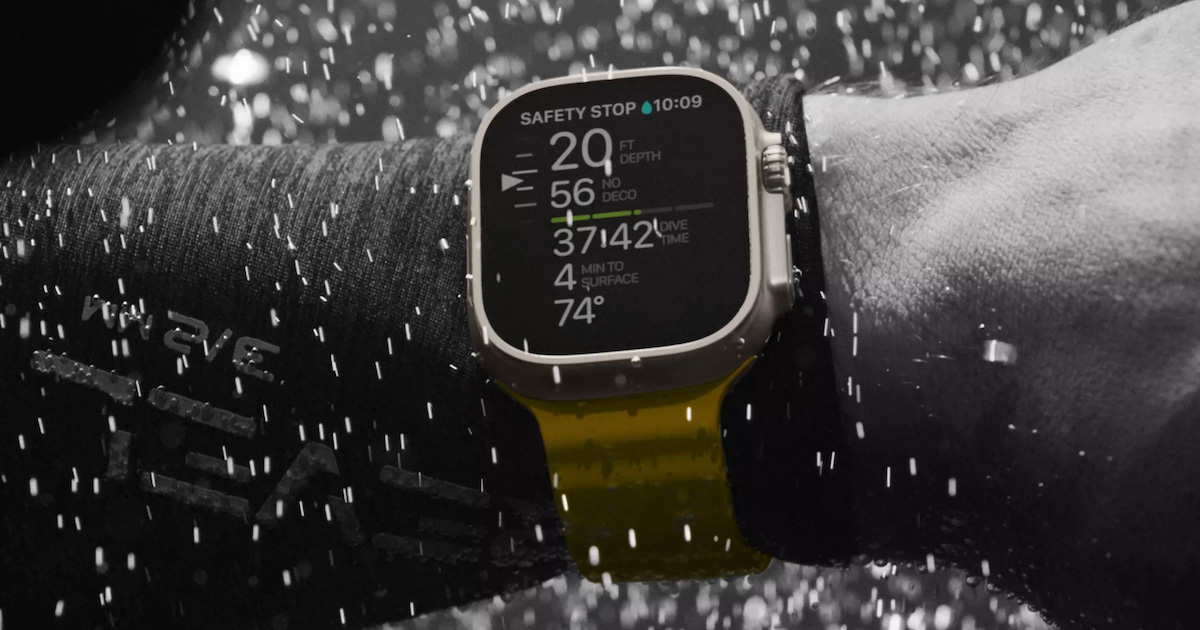 Apple recently published a new support document detailing how to use the Depth app on Apple Watch Ultra. The Depth app measures water temperature, duration, and depth to 130 feet (40 meters).

The Apple Watch Ultra hits stores Friday, although some lucky customers who preordered it last week received their orders two days earlier. For those who are getting it in-store for deep diving, Apple has just released a new support document detailing how the Depth app on the watch works.

In the new support document, Apple reports that the Depth app can show important information when performing various underwater activities. These include snorkeling, underwater pool swimming, and shallow free-diving. When the app is running, it will show the current time, current depth, the session’s maximum depth while underwater, and the water temperature.

Before that useful information gets you excited, Apple has some disclaimers about the Depth app.

The Depth app isn’t a dive computer and doesn’t provide decompression stop information, gas analysis, or other recreational scuba diving functionality. If you’re using Apple Watch Ultra where the failure of the device could lead to death, personal injury, or severe environmental damage, always use a secondary depth gauge and timer/watch. Before going on a dive, be sure your Apple Watch Ultra is free of cracks or other damage.

How to Use the Depth App

Note that when the Depth app opens while you are submerged in the water, the Water Lock feature also turns on to prevent accidental input on the screen or with the Digital Crown. So, if you want to record your workout as an open-water swim, turn on the Workout app first before you submerge your Apple Watch Ultra. Once you’re done with your workout, simply press and hold the Digital Crown to turn off Water Lock. The Depth app will then give you helpful information about your dive session.

Finally, for safety, Apple advises that the Apple Watch Ultra and the Depth app should be used only by trained divers for recreational dives of 130 feet (40 meters) or less. So there goes my chance of testing the Depth app once I get my Apple Watch Ultra. But, it’s not a deal-breaker, I’m still excited to test its other features.