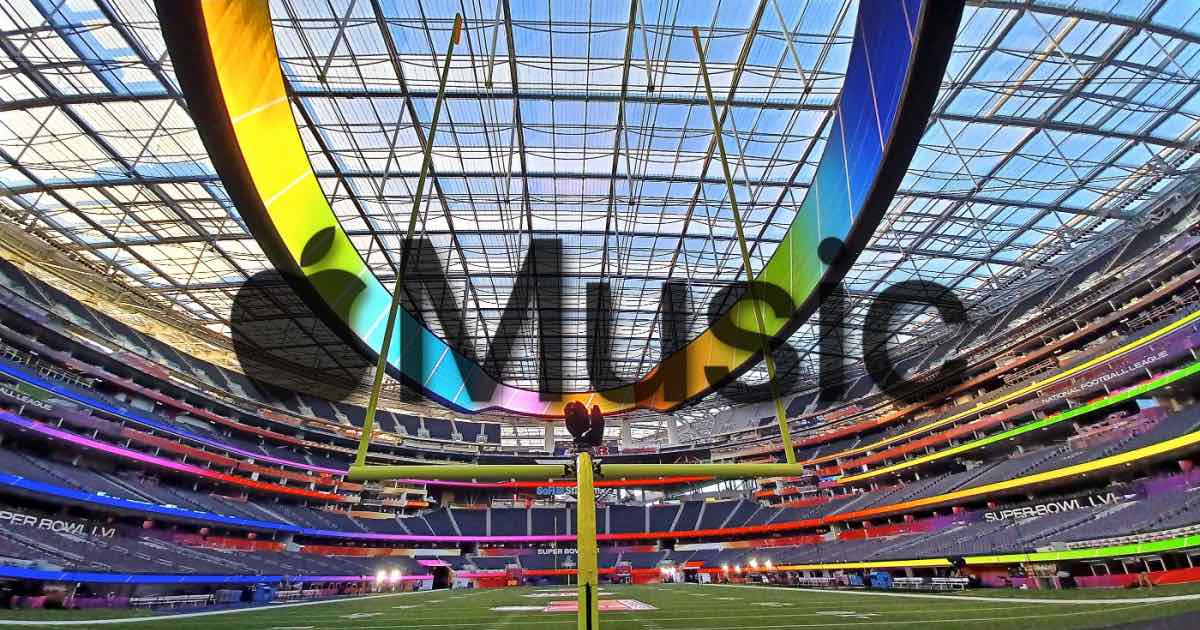 Apple Music is going to be the title sponsor of the Super Bowl halftime show. The company will be taking over the position from PepsiCo, which has had the famous intermission program since 2013.

Apple’s new sponsorship will begin this season, starting with Super Bowl LVII, which will take place in Arizona, Feb. 12, 2023. According to Sportico, Apple may have spent as much as $50 million a year for the five year dear, though Sportico would not provide a source for their information.

Alongside additional reports, Apple Music also shared the news to Twitter, posting a nine-second video to their social media teasing that they would be arriving to the next Super Bowl halftime show.

Additionally, this announcement also coincides with Apple bidding for the rights to stream NFL Sunday Night games. Cupertino is looking to be the front-runner for the popular game package. Right now, the league is looking for $2.5 billion, an increase of $1 billion over its current deal with DirecTV.

Generally, Apple stays away from sponsorships of this type, as they are typically little more than a marketing tactic. Within the last decade, Apple Music has been a sponsor for the German football club FC Bayern Munich at least twice. However, Apple of course does have a long history with the Super Bowl. Back in 1984, the rather infamous commercial introducing the first Apple Macintosh computer made its debut.

Back in May, PepsiCo announced that it would be ending its 10-year run as sponsor for the Super Bowl. With the Super Bowl being one of the most-watched sporting events in the world, more than 120 million viewers caught the 2022 halftime show, a 6% increase from the previous year.

Of course, with Apple having deals with the MLB for Friday Night Baseball as well as exclusive rights to stream Major League Soccer, Apple is entering the world of sports in a big way.

However, entering the world of the NFL may be a larger challenge for Apple, as the New York Times reports that the NLF is looking to offload as many of its assets at one time. This includes both the NFL Network as well as the RedZone channel, meaning that Apple needs to focus on negotiates and look at the details of each deal.

Of course, international Football fans can create their own fun by playing as Ted Lasso’s AFC Richmond team in FIFA 23.

Are you looking forward to Apple Music sponsoring the NFL halftime show? Let us know in the comments.