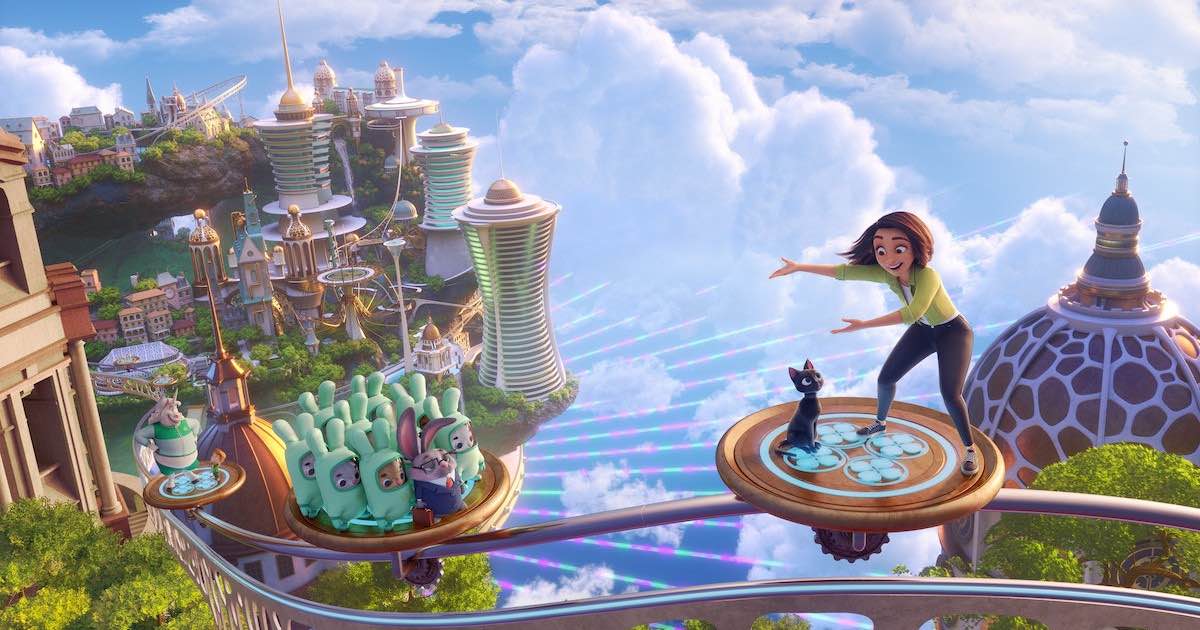 The first teaser trailer for Apple TV+ and Skydance’s animated film Luck has been revealed. The trailer shows a wondrous world with a talking black cat by the name of Bob explaining how luck works.

Luck is the first full-length 3D animated film produced by Skydance to arrive at Apple TV+. It premieres Aug. 5. The movie follows the story of an individual with the worst luck in the world: Sam Greenfield. The young girl finds herself stumbling into the land of luck, which brings about hi-jinks for both the girl and her new world.

The new teaser trailer provides viewers with the first actual glimpse of Luck’s animation style in full motion. Bob the talking black cat provides audiences a tour of where all the luck in the world comes from. As the cat boasts that a human being has never set foot on the premises, the trailer ends with a surprise.

The cast of Luck features a full ensemble, including Eva Noblezada as the voice of Sam, Whoopi Goldberg as the head of security by the name of Captain, Simon Pegg as Bob the lucky black cat, Jane Fonda as the dragon and CEO of Good Luck and Flula Borg who plays Jeff the Unicorn.

For Skydance, this is the second project from the company to arrive at Apple TV+. The first being Blush, which is an animated short film. The company has two more movies arriving soon. The first is the movie Spellbound, and the second is a two season series The Search for WonderLa.

Luck premieres for Apple TV+ subscribers Aug. 5. Currently, Best Buy is still offering three months of Apple TV+ for free without the need of a purchase.