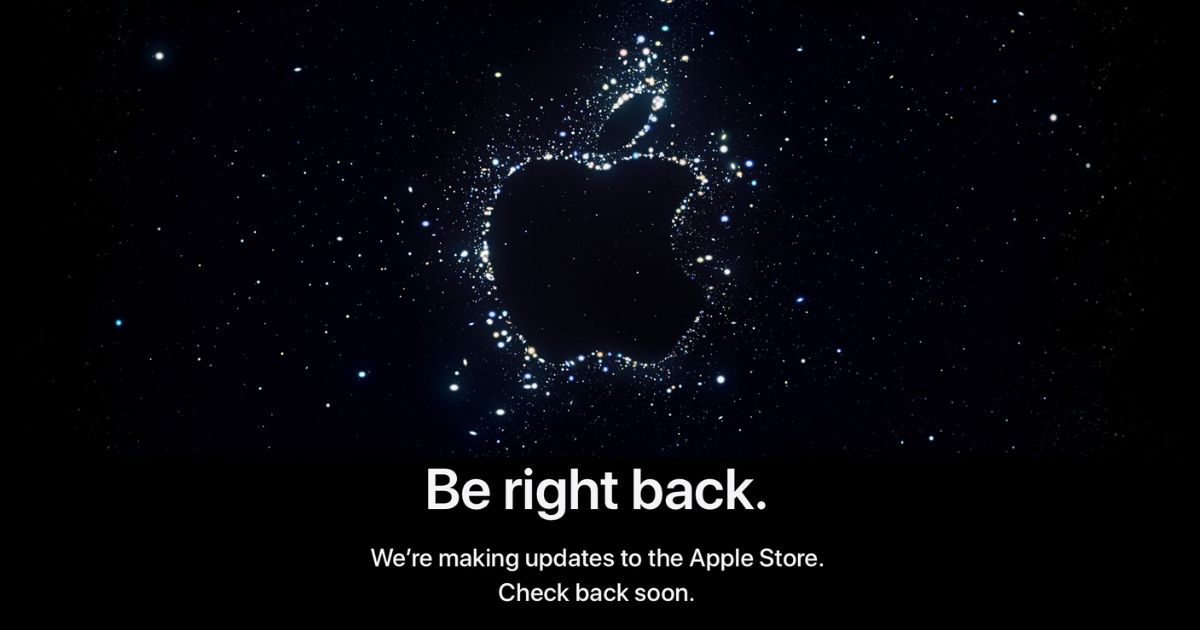 Apple has taken down its online storefront ahead of today’s “Far Out” event. By the conclusion of the keynote, the site should return with information about the new products announced today. Those should include the iPhone 14, new Apple Watch models and possibly more.

The Expected ‘Be Right Back’ Message on the Apple Store

This move has become routine for Apple. The morning of each major media event, the Cupertino-based tech giant takes down its online storefront. If you visit the Apple Store web page now, you’re greeted with a “Be Right Back” message against the starry artwork from the “Far Out” invitation.

Apple is holding today’s event at Steve Jobs Theater at Apple Park. It kicks off at 10 a.m. Pacific time. While some media members will be in attendance, the keynote is also streaming online through various means. Most of us will watch the presentation that way, in fact.

Some also believe Cupertino may announce the second generation of its AirPods Pro earbuds. This upgrade may include Bluetooth LE support along with heart rate sensors for fitness tracking.

Finally, we’re thinking we may get details on the rumored iPhone subscription program. This would allow folks to effectively lease their iPhone devices instead of purchasing them. When a new model comes out, consumers would simply turn in their old device to trade for the new one without making additional payments.

Offering Live Coverage of ‘Far Out’

The Mac Observer will, of course, provide all the details of the product announcements from today’s event here. Additionally, we will be offering live commentary throughout the event on Twitter. Make sure you stay tuned for our ongoing coverage throughout the day.