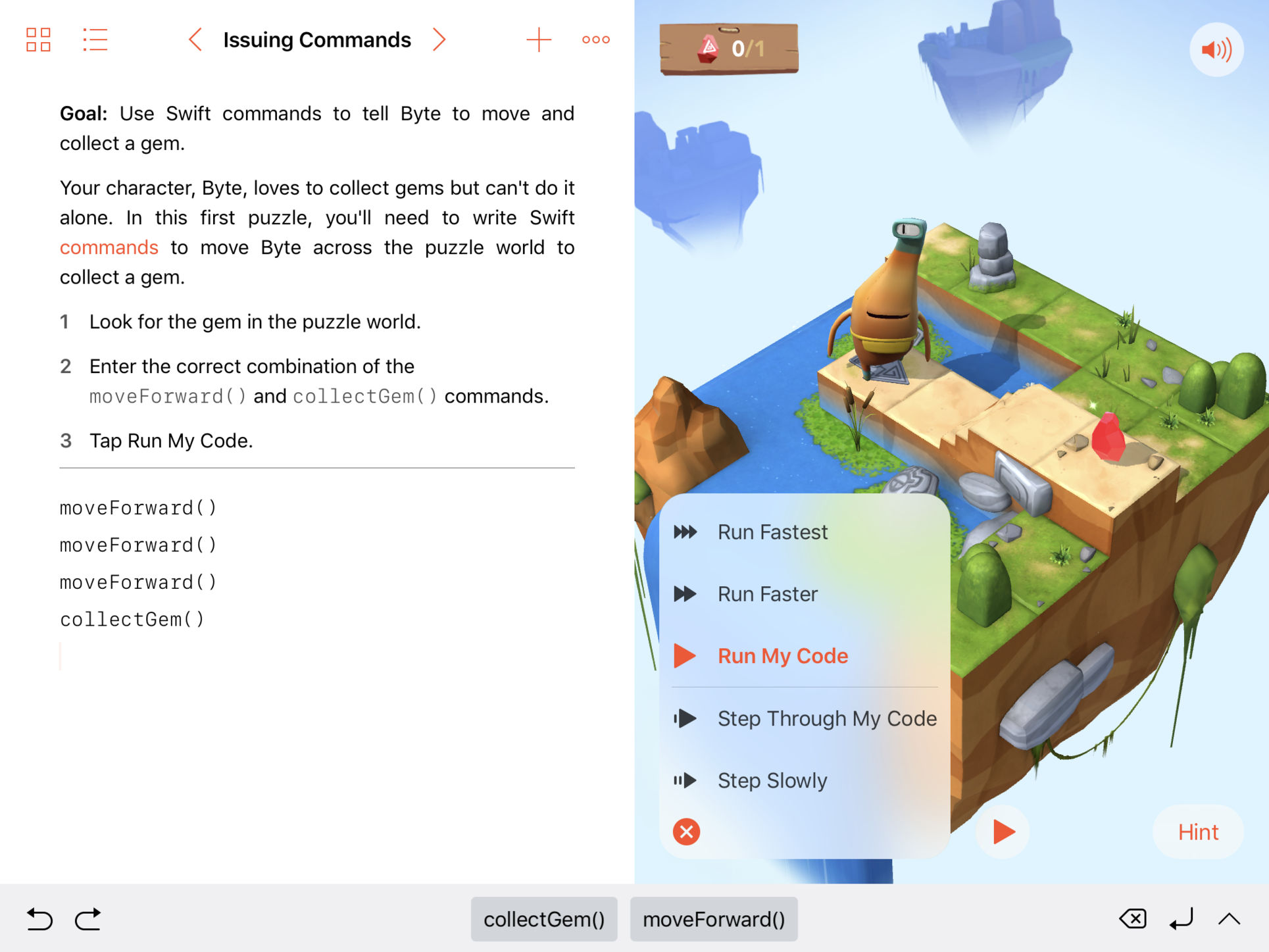 Swift Playgrounds 2.2 is now available and makes content from third-parties easier to discover. The What’s Next feature has also received an upgrade to improve the suggestions it makes, while touch gestures have been made more precise.

What is in the update?

The iPad app, which aims to make coding fun and easier to understand, has received something of an overhaul since it was last updated in April. According to the release notes:

As ever, there are some known issues with the release. The release notes acknowledge that “some playgrounds and third-party subscriptions may not yet be compatible with this release.” Furthermore,  “a playground may get stuck after recording a movie.”  This can be resolved by forcing Swift Playgrounds to close using the App Switcher, then relaunching the app.

The number keypad pop-over has also been removed. Instead, users will get the on-screen keyboard designed for Swift.

You can download the latest version of Swift Playgrounds from the App Store.