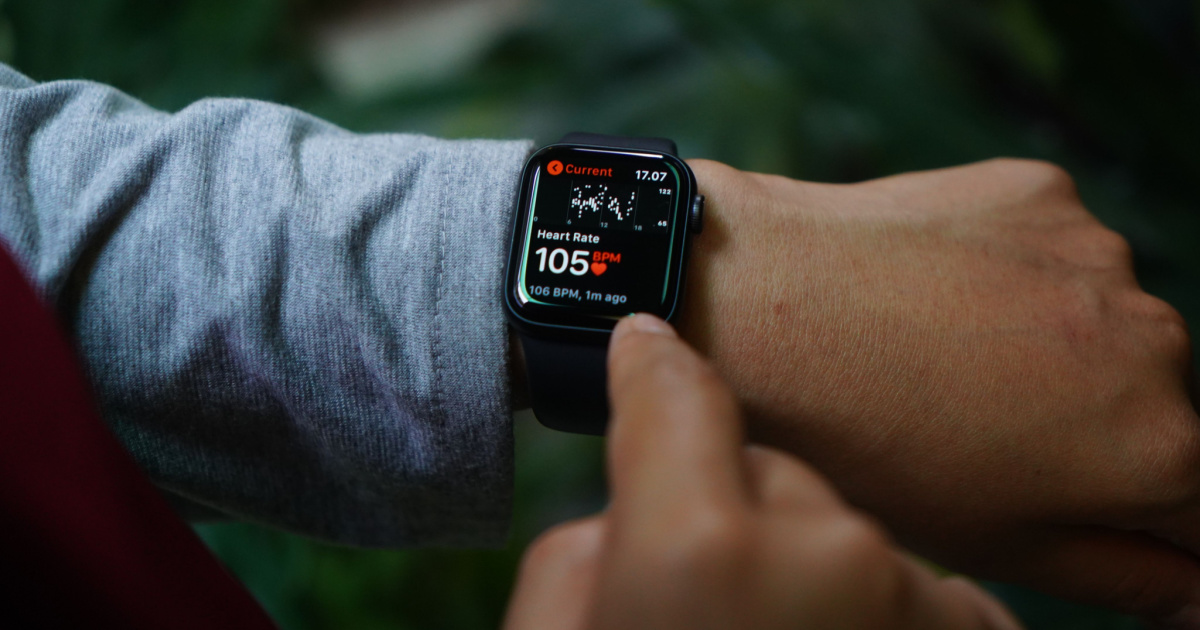 New research shows that the Apple Watch 6 is the most accurate in measuring heart rate, at least among its closes rivals. Comparing it with the Fitbit Sense and Polar Vantage V, researchers found that the other two wrist-worn devices showed variable results depending on the activity.

Apple Watch 6 Heart Rate Measurement is the Most Accurate

The researchers conducted the study on 60 young healthy individuals consisting of 30 men and 30 women. The sample population had average ages of 24.9, give or take 3 years. Their body mass indexes averaged 23.1 kg/m2 with a variance of plus or minus 2.7 kg/m2. The study measured heart rate and energy expenditure using the Polar H10 and Metamax 3B respectively. These medical-grade devices were used to provide reference measures. Heart rate and energy expenditure were then measured while wearing the three consumer devices. Measurements were collected during running, walking, sitting, resistance exercises, and cycling.

Results showed that the Apple Watch 6 offered the highest level of accuracy when measuring heart rate. It demonstrated a coefficient of variation (CV) of less than 5% for all five activities. Meanwhile, the Polar Vantage V and the Fitbit sense showed various degrees of accuracy depending on the type of activity. CVs for the Polar Vantage V and Fitbit Sense were 2.44% to 8.80% and 4.14% to 10.76% respectively.

The researchers also advised healthcare professionals, athletes, coaches and the general population to proceed with caution on the clinical utility of energy expenditure of the three devices during the implementation of an exercise training or nutritional programs.

The results of the study may not come as a surprise for many of us. The Cupertino-based company has been consistently improving the health-related features of the Apple Watch for quite some time now. In fact, with watchOS 9 and Apple Watch Series 8, there will surely be improvements in heart rate monitoring together with other new and improved features. Hopefully, Apple will also make some improvements to energy expenditure accuracy.