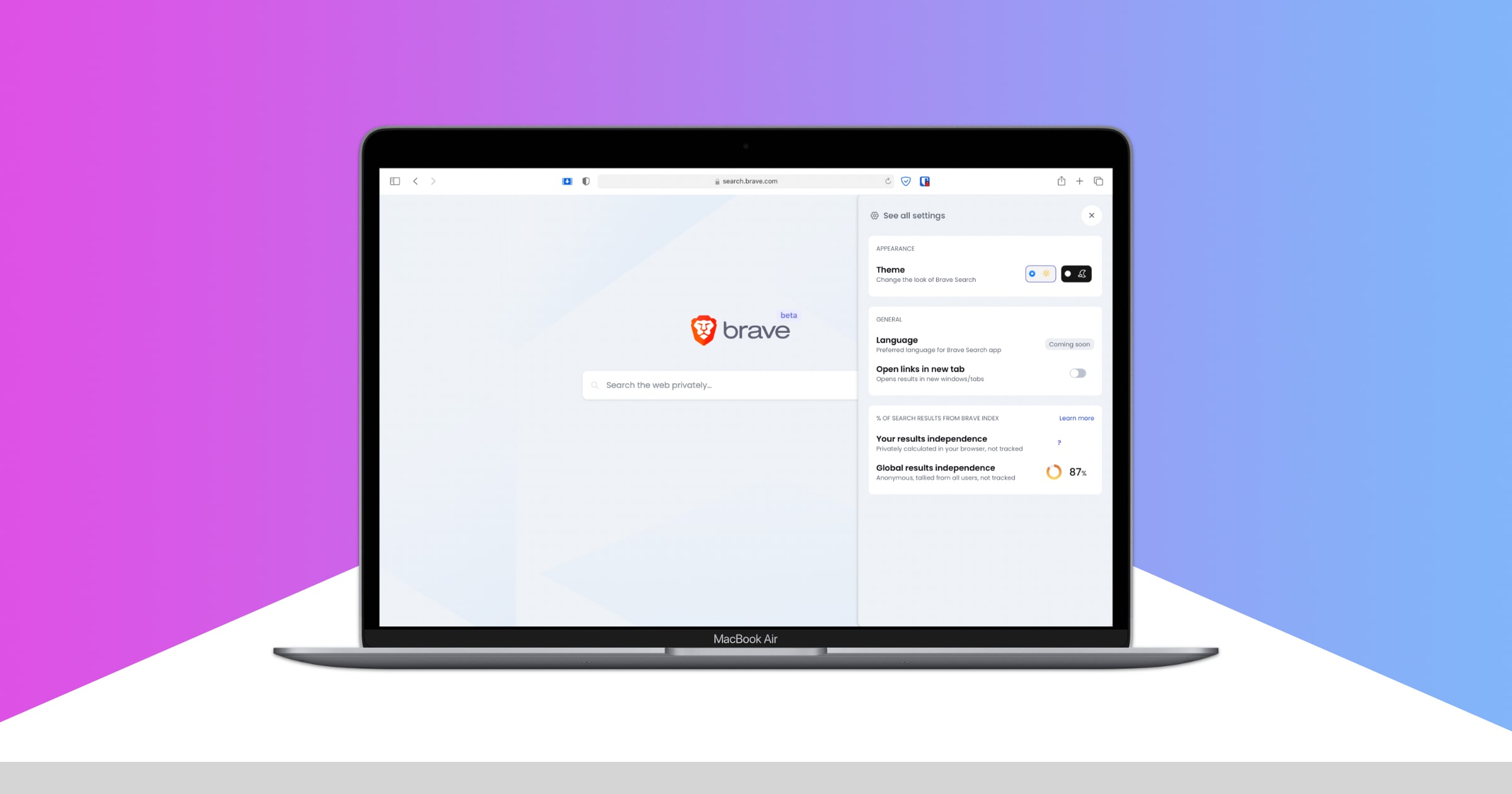 Brave Search launched on Tuesday for prospective users as a private alternative to engines like Bing and Google, and as a competitor to privacy engines like DuckDuckGo.

Announced in March, Brave acquired Tailcat and set out to make its own branded search engine. The team says over 100,000 people signed up for the preview and early testing. It’s available in beta on all Brave browsers via desktop, iOS, and Android, and at Search.brave.com.

Brave says its search engine is based on seven principles:

Brave Search is also introducing the industry’s first search independence metric, displaying the ratio of results coming exclusively from Brave’s index. It is derived privately using the user’s browser as we do not build user profiles.

Brave Search is not displaying ads during this early part of the beta phase, but will offer options for both ad-free paid search and ad-supported free search later.