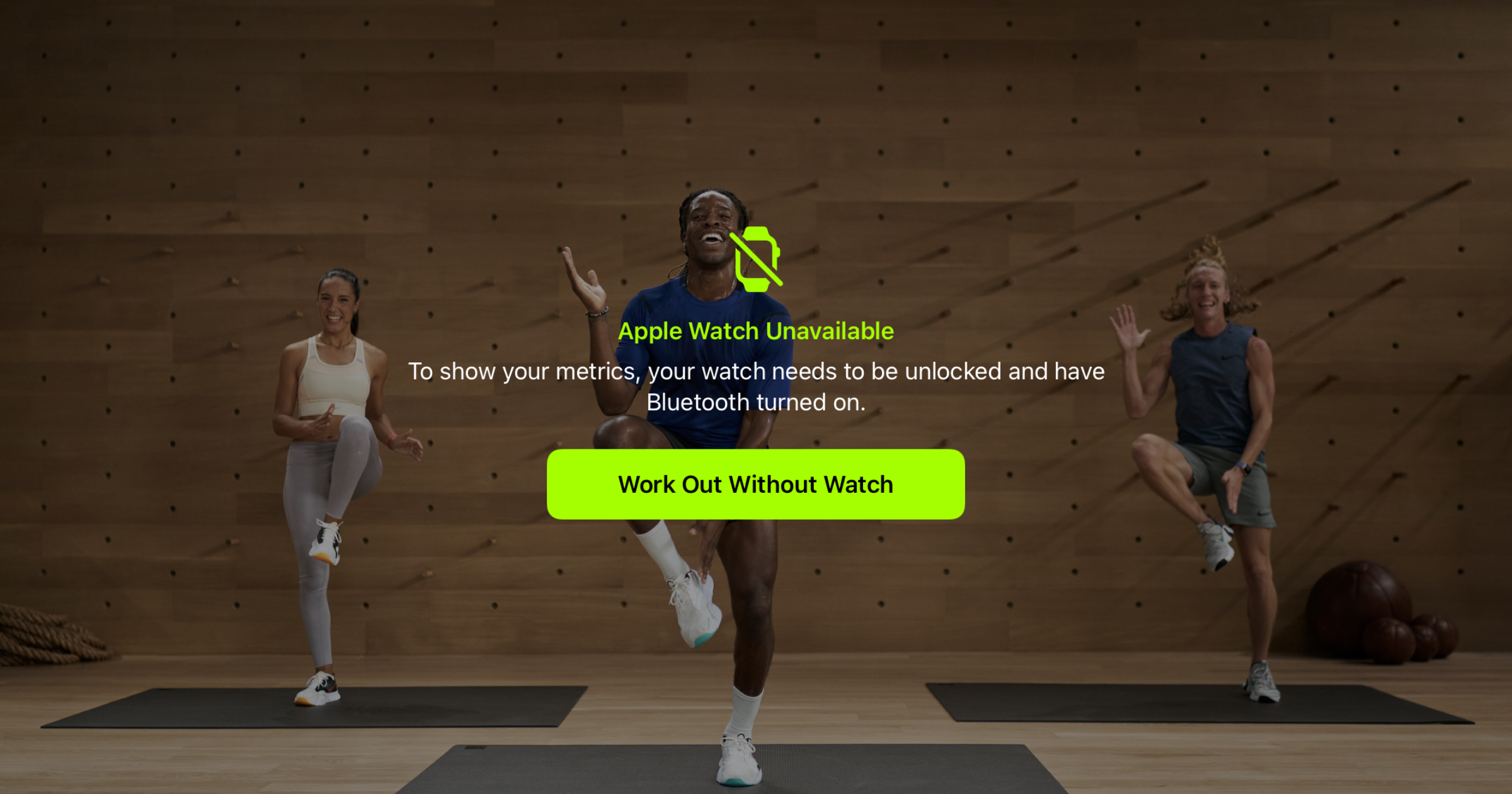 A bug appears to be stopping Fitness+ subscribers using an iPad from using the Apple Watch capabilities available with the service. Not great, when those capabilities are a key part of the ‘sell’.

Metrics and control via the Apple Watch are at the core of Apple Fitness+. It’s great, and they are readily available if you use your iPhone or Apple TV. I opened up the service on my iPhone, started a workout, and it immediately found my Apple Watch. Throughout the class, my heart rate was monitored and other analytics were made available. Not unreasonably, I wanted to use a larger screen. I don’t own an Apple TV so I downloaded the Fitness app on my iPad. The service, of course, recognized I am a subscriber and showed me all the different workouts that are available. However, when I went to start one, it could not recognize my Apple Watch (see picture above).

It’s not hard to see why this might be the case, as the two devices do not really talk to each other – there is Handoff, but no Watch app for iPadOS, for instance. However, it is a major problem for a service promoted as being based around the Apple Watch and usable on the iPad. Images on the official website suggest this should be perfectly possible, so this appears to be a bug. Quite a serious one. (Before you ask, yes, I did restart the iPad, and no, it doesn’t work.)

There is a lot to like about Apple Fitness+, but I suspect a lot of users will want to access it, fully, on their iPad. At the moment that seems to not be possible.

Last week, Apple released iOS 14.4 and iPad iOS 14. I was hopeful that the syncing problem between Apple Watch and iPad would be fixed so that you could get the full Apple Fitness+ experience on the device. Having checked,  unfortunately, that does not seem to be the case. If it was just a bug, that bug has not yet been fixed. The “Apple Watch Unavailable” message still comes on the iPad screen when you launch a Fitness+ class, so you still have to do it without all the analytics and updates on-screen updates to your rings.

One thought on “[Updated for iPadOS 14.4] Bug Means Fitness+ on iPad Not Working With Apple Watch”