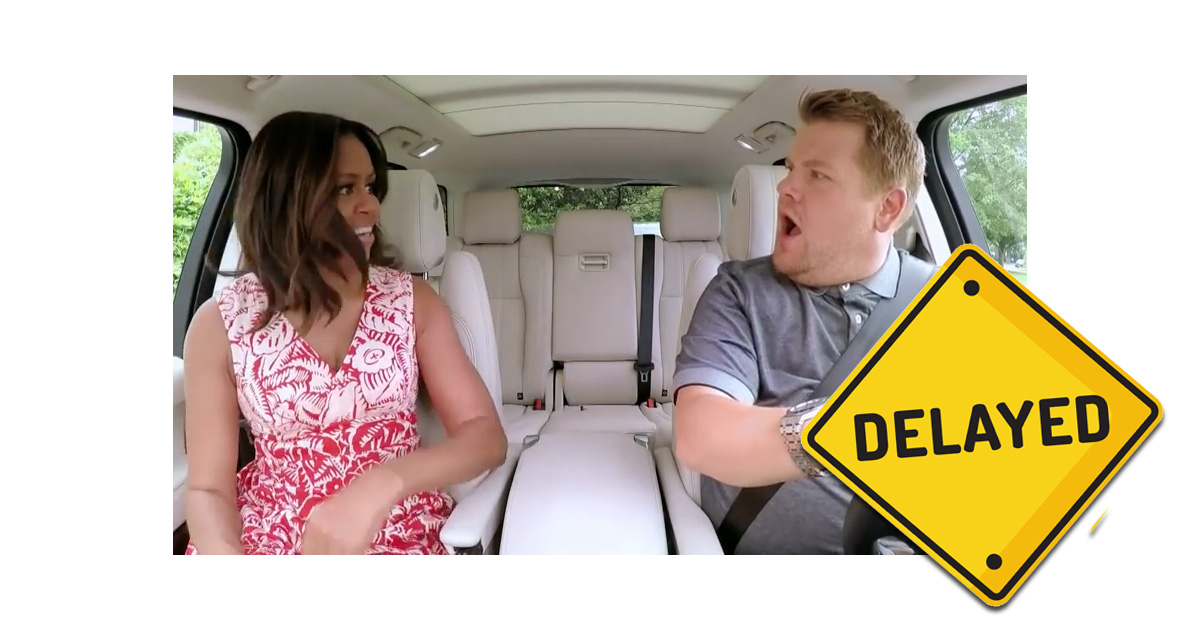 No April premiere for Carpool Karaoke: The Series

The series had been scheduled to launch in March, according to Reuters, but was pushed out to April only days before a scheduled premiere party. Now the show is delayed again, and Apple isn’t offering a firm launch date. Just like before, Apple dropped its launch party plans just a few days before the premiere.

All an Apple spokesperson would say is, “Carpool Karaoke: The Series will premiere on Apple Music later this year.”

Two last minute delays for the premiere doesn’t bode well for the show in its current form. It likely didn’t get a good response from test audiences, so Apple went back to the editing room to make changes. A second delay could be a sign the reedited version didn’t go over well, either, so now they’re trying again.

This time, Apple isn’t committing to a premiere date until it knows the show is really ready to go.

It’s also possible, but unlikely, Apple is having issues securing licensing for the songs the celebrities sing along with on the show. The songs in each episode are planned out in advance, but edited to look spontaneous. The show’s producers would’ve worked to get the necessary licensing in place even before filming started, and likely recorded backup songs in case something fell through.

Apple needs Carpool Karaoke: The Series, and its other original shows like Planet of the Apps to be strong hitters when they debut. Compelling original content is a key part of the plan to make Apple Music more enticing to TV viewers, and one of the elements in drawing new subscribers into the streaming content service.

Reediting to get everything right is a smart move, assuming that’s what Apple is doing, and critical to making Apple Music stand out from competing streaming music services. The good news is that Apple wants to get its shows right; the bad news is that without some work it looks like Apple thinks Carpool Karaoke will tank.

What is going on at Apple? Late with AirPods in volume for Christmas last year. No AR. No VR. No McQueen (their own cloud). No OLED. No smart speaker. Mess up Mac Pro and have to apologize. Mess up the battery on the MacBook Pro.

Rumors of missing Christmas this year with the new iPhone. They can NOT even get Carpool Karaoke out? They have now CANCELED two premier parties!