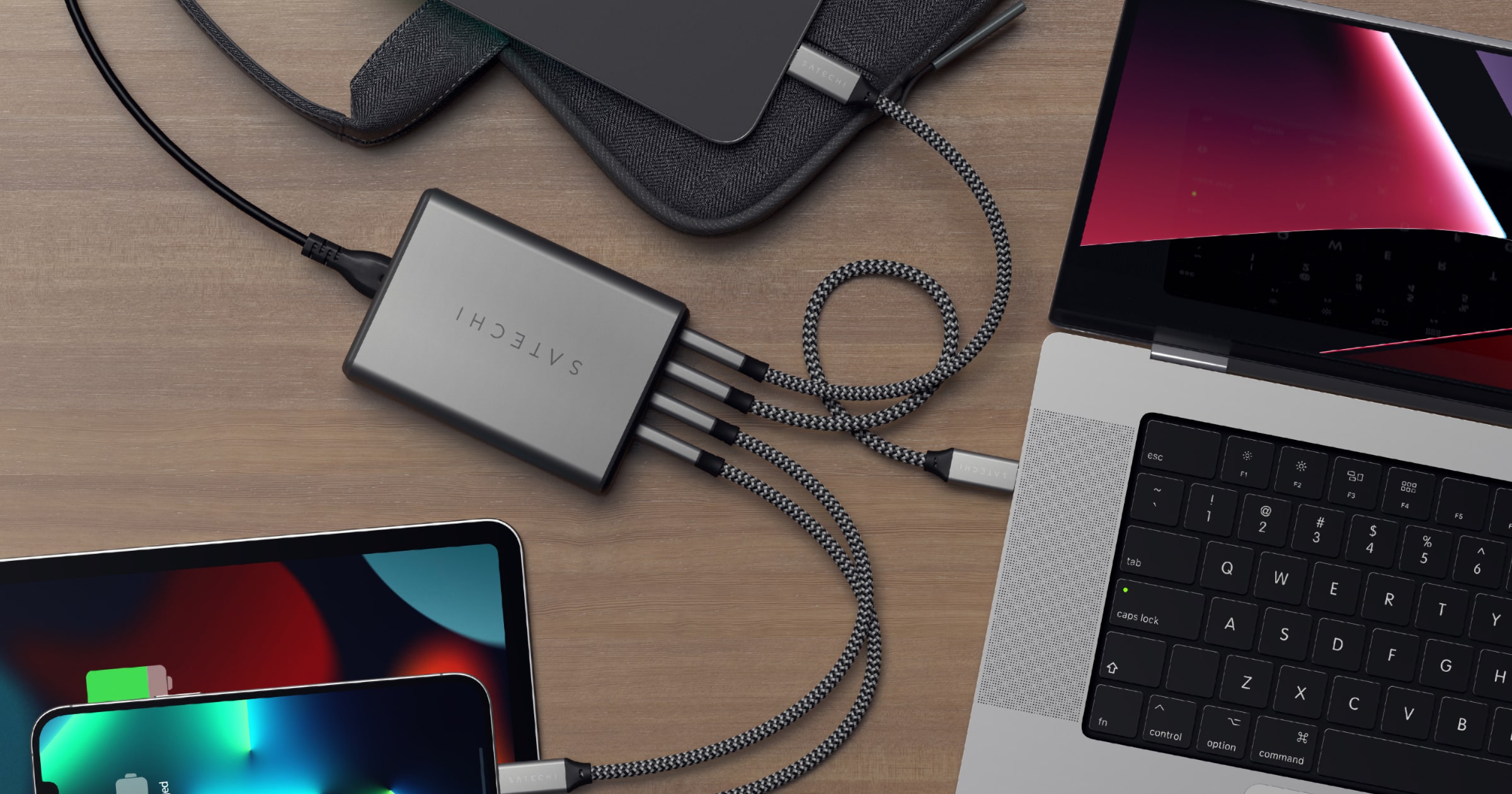 With four USB-C PD ports, Satechi’s GaN charger powers multiple devices at once to ensure desktop devices stay powered while working from home or in office and while on-the-go. Its advanced power distribution automatically adjusts based on the number of ports used and devices connected, resulting in 100W, 100W/60W, 60W/60W/45W or 100W/30W/30W, 60W/45W/30W/30W splits, up to 165W total. Plus, its sleek space gray design compliments any desktop space.

Along with other Satechi chargers, the 165W charger includes CE and ETL certifications to ensure a quick, yet safe charge for connected devices. No need to worry about devices overheating or cords getting tangled. Simply detach the power cord and place the charger on the convenient stand for easy storage and secure placement on any desktop surface.

Gallium nitride has been used in technology since the 1990s. It first appeared as a semiconductor used in LEDs and violet laser diodes used to read Blu-ray disks. Since it isn’t that sensitive to ionizing radiation GaN has also been used in solar cell arrays for satellites.

GaN chips require fewer components than silicon and so chargers with this material can be smaller but still more powerful, as much as 40% smaller than silicon chargers. Its wider band gap than silicon also means it can charge your devices faster without heating up as much.

This 165W charger is sure to be a crowd-pleaser for people trying to manage multiple device charging.