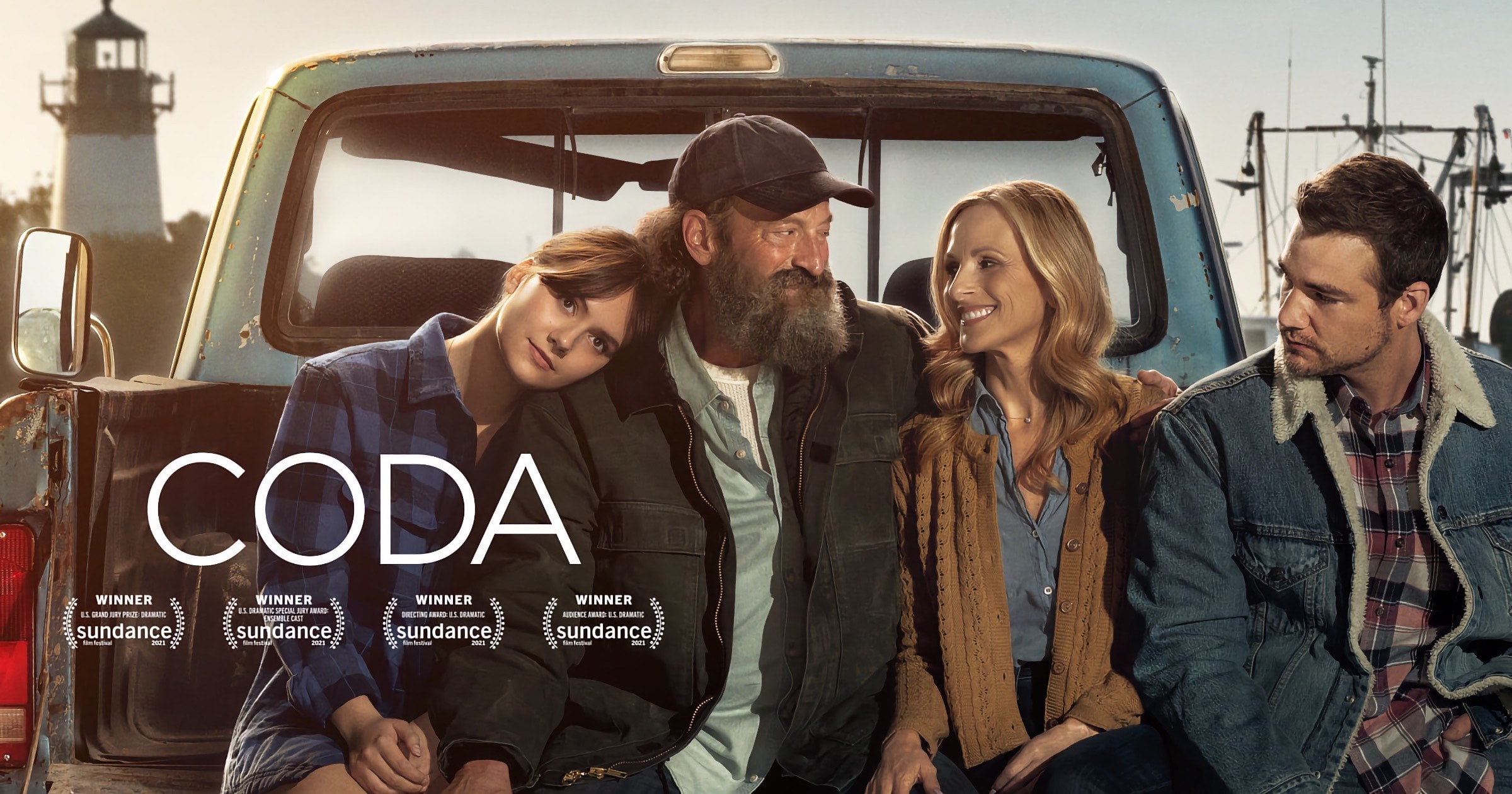 Apple Original Films has announced that CODA, an Academy Award Best Picture nominee, will be re-released in theaters for a limited time, for free.

In CODA, 17-year-old Ruby (Emilia Jones) is the sole hearing member of a deaf family – a CODA, child of deaf adults. Her life revolves around acting as interpreter for her parents (Marlee Matlin, Troy Kotsur) and working on the family’s struggling fishing boat every day before school with her father and older brother (Daniel Durant).

But when Ruby joins her high school’s choir club, she discovers a gift for singing and soon finds herself drawn to her duet partner Miles (Ferdia Walsh-Peelo). Encouraged by her enthusiastic, tough-love choirmaster (Eugenio Derbez) to apply to a prestigious music school, Ruby finds herself torn between the obligations she feels to her family and the pursuit of her own dreams.

Every so often, a film comes along that strikes a deep emotional chord for audiences who celebrate its win for humanity. ‘CODA’ does just that. Siân and the amazing cast and crew of ‘CODA’ gave the world a gift with this film, and we are inspired to pass this gift on.

CODA is written and directed by Siân Heder, produced by Vendome Pictures and Pathé, with Philippe Rousselet, Fabrice Gianfermi, Patrick Wachsberger and Jérôme Seydoux serving as producers, and Ardavan Safaee and Sarah Borch-Jacobsen as executive producers.

The film is the first motion picture starring a predominantly Deaf cast to be honored with a Best Picture Oscar nomination, and with a nomination for Best Supporting Actor, CODA star Troy Kotsur is the first Deaf male actor to ever be nominated for an Oscar.