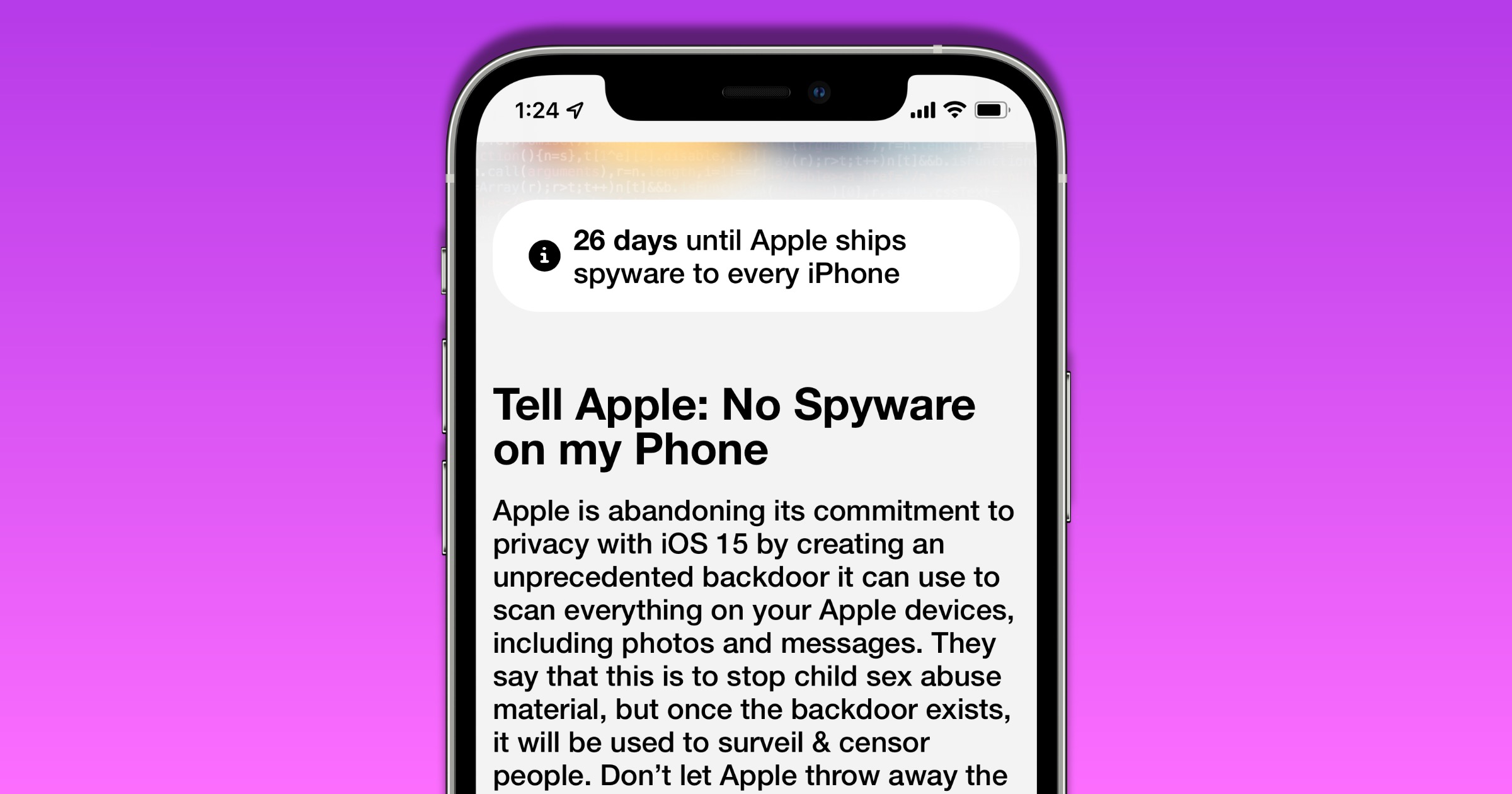 Apple announced Friday that it was delaying the roll out its controversial measures to find known child sexual abuse material (CSAM). The move was broadly welcomed by digital rights activists. However, Fight for the Future Director Evan Greer insisted that |here is no safe way to do what [Apple] are proposing.”

Apple’s plan to conduct on-device scanning of photos and messages is one of the most dangerous proposals from any tech company in modern history. Technologically, this is the equivalent of installing malware on millions of people’s devices –– malware that can be easily abused to do enormous harm. Authoritarian governments already lean on Apple to censor and spy on their residents to squash dissent. This technology would make such surveillance essentially unavoidable on Apple products, and potentially every product if the industry were to follow Apple’s lead.

Apple’s delay will also not stop action by activists who want to stop the features ever being introduced. On Wednesday, September 8, digital rights organizations plan to deliver petitions with more than 56,000 signatures to the company in response to its proposals.

Glad some people are getting it. The on device scanning has got to go.

Please explain how the current situation, in which entire photo libraries are stored in iCloud such that they can be freely viewed by governments around the world, is less dangerous than the new system that Apple has developed.

Last edited 10 months ago by pjs_boston
0

Because the “present system” is a review of what is already stored “in the cloud” and not resident on your, or my iPhone. Duh. Once YOU decide to put material of any kind on someone else’s property, they have the right to police it.(Subject to an agreement stating otherwise…which none have…). It should be obvious to all, but apparently not, that your personal property, in your possession is your private domain, not subject to even well intentioned “scanning” of just what you have in your private possession. That is the essence of PRIVACY. The very thing Apple has been using… Read more »