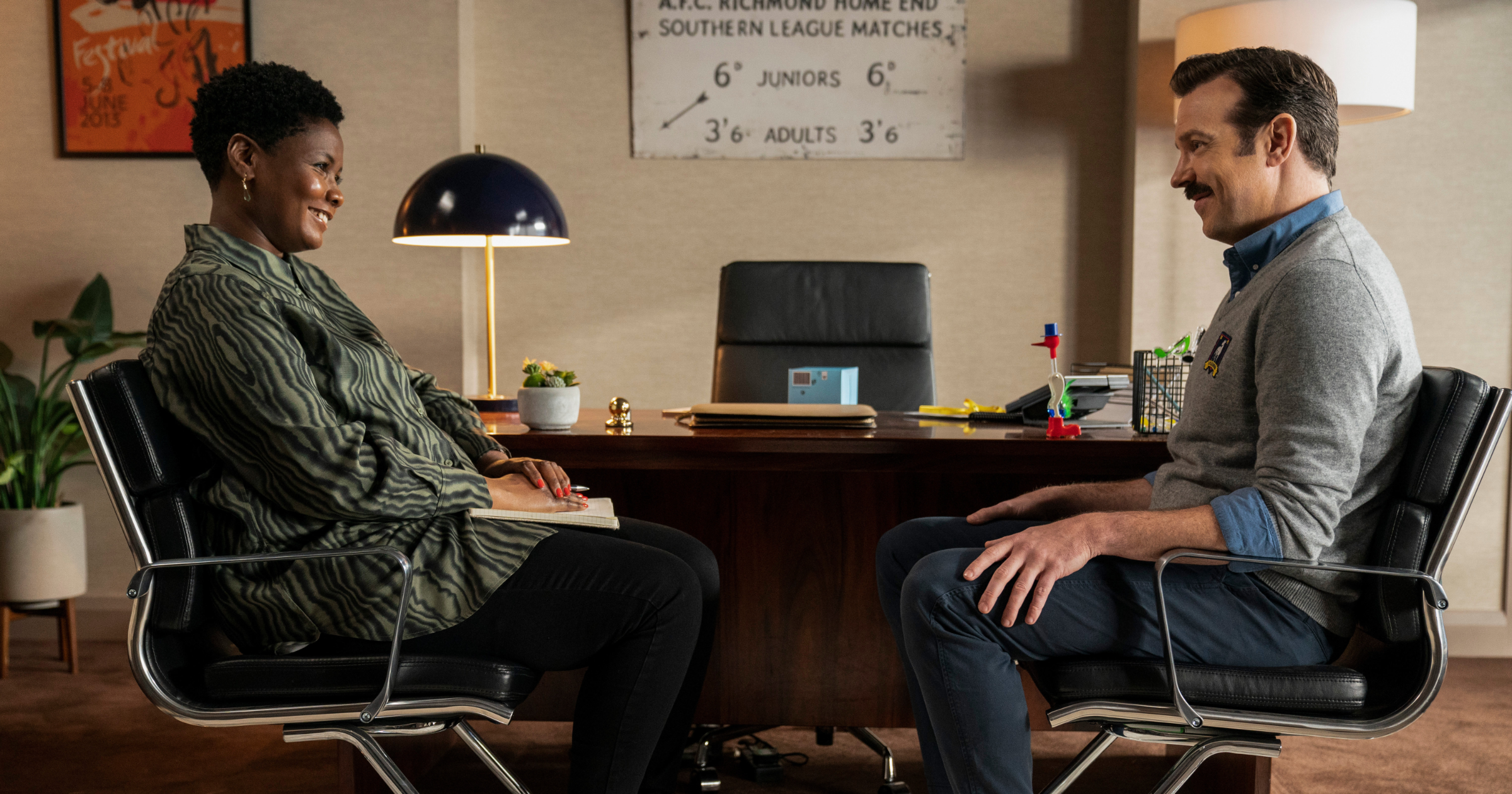 Episode seven of Ted Lasso season two takes us into the mind of some of the key characters. We see Ted himself navigate therapy sessions with Dr. Sharon, Nate try and balance professional acclaim and parental indifference, while Keeley and Roy have their own relationship issues to work on. And will Rebecca and Sam ever realize they are messaging each other?

Looking at the team off the pitch has always been part of the charm of Ted Lasso – it’s about how the group interacts, their workplace is (largely) insignificant. This episode really drills into that.

I love the transformation of Higgins from being shy and scared to being a wise sage and a source of comfort for those around him. Seeing Ted move from being a goofball to a far more complex character is also satisfying. I’m pleased Roy and Keeley managed to have a row without breaking up and while the storyline around Nate – taking the hurt caused by his father out on a junior colleague – is far from original, it’s well-executed.

What’s been lost in all this, as I’ve noted over the last few weeks, is the really funny moments that make the emotional ones pack an even bigger punch. To put it a different way, the dartboard scene in season one was so good because it was unexpected, and we’d been laughing for most of the other episodes. And while in this episode Coach Beard manages to make his presence felt to great comedic effect, it’s not quite enough. Another of writer Bill Lawrence’s other hits, Scrubs, regularly managed to get this mix right, having viewers laugh and cry, often in the same episode. I fear season two of Ted Lasso has now strayed too far the other way.

Early episodes of Ted Lasso provided escapism. Recent ones seem to be more about introsepction.