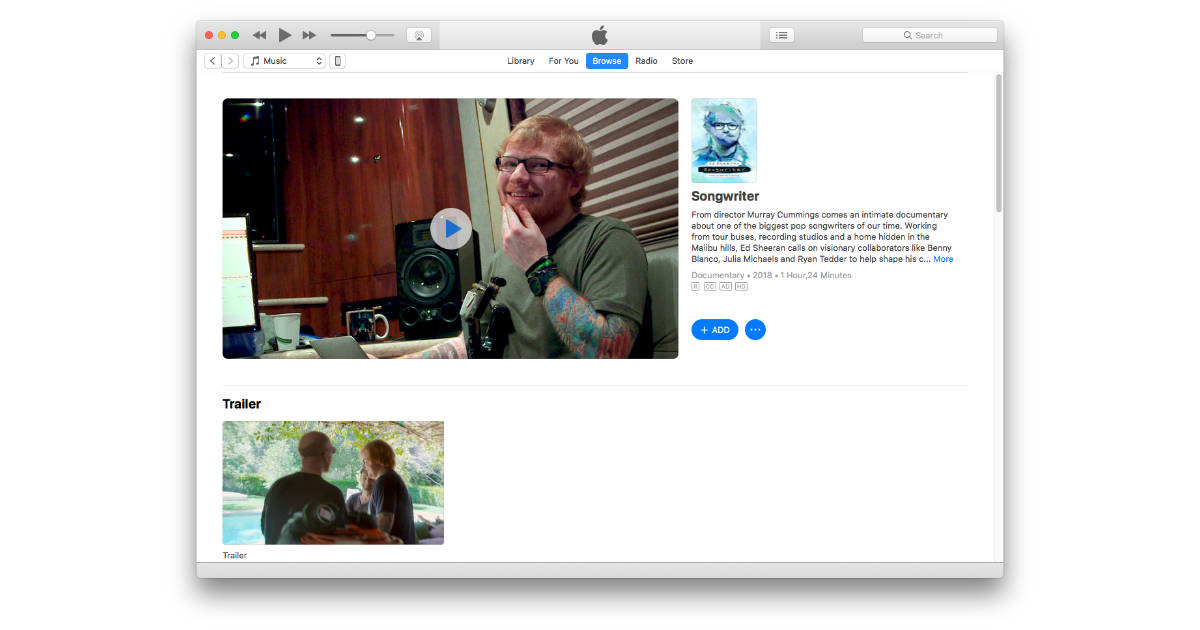 The Ed Sheeran documentary, Songwriter, is available now on Apple Music. The movie follows the artist through the development and recording of his Divide album, and on tour performing his latest songs.

The behind the scenes documentary was directed by Sheeran’s cousin Murray Cummings. It’s an hour and 24 minutes long, and from the trailer Apple released earlier this year, looks to be really interesting.