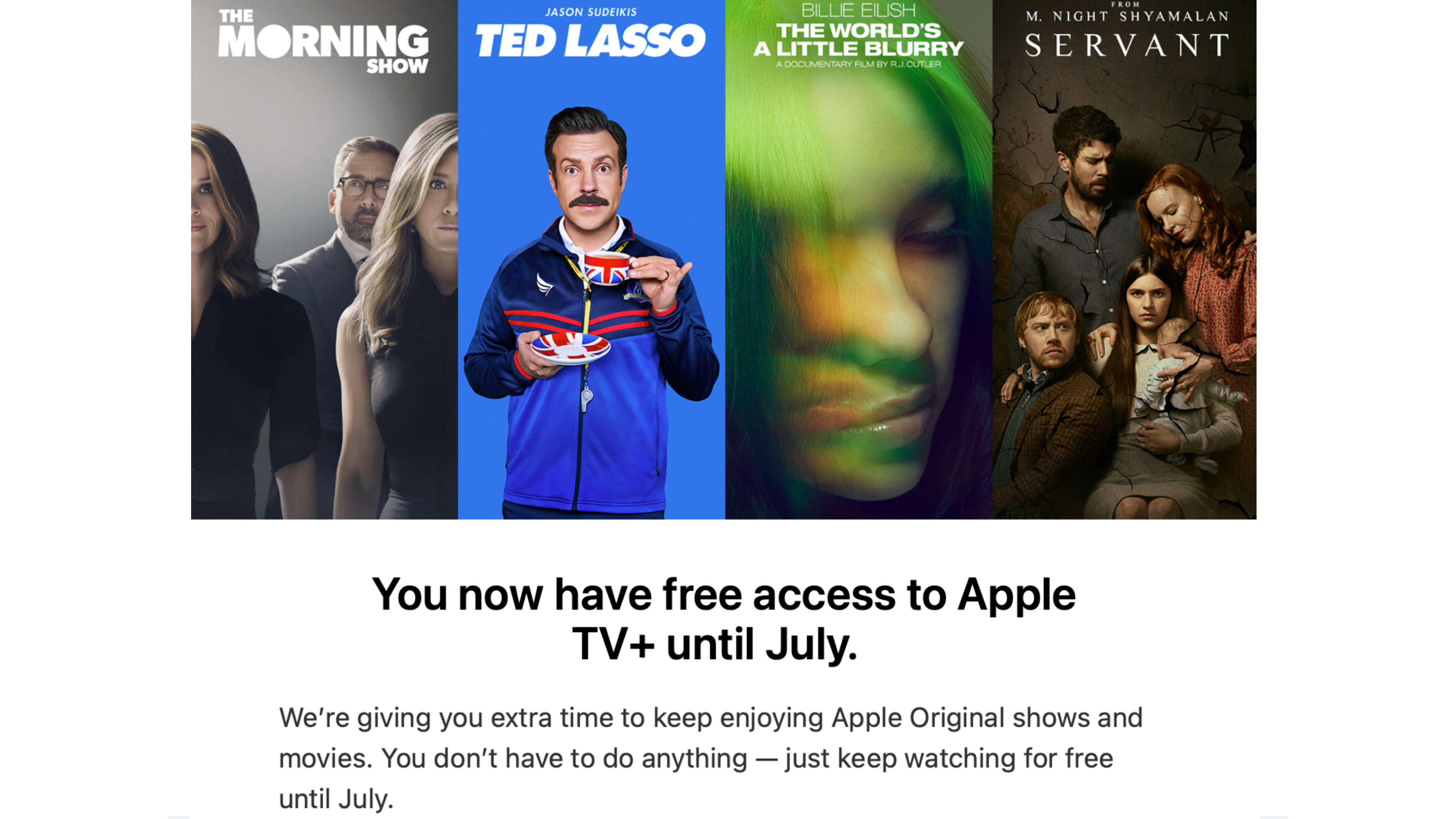 Emails have arrived with users, confirming that the Apple TV+ free trial will be extended. As previously reported, most users will not pay for the service through July.

We’re giving you extra time to keep enjoying Apple Original shows and movies. You don’t have to do anything — just keep watching for free until July. With The Morning Show’s Emmy win and Ted Lasso hailed as 2020’s best comedy, Apple TV+ has set a new bar for quality storytelling. Dive into new seasons of M. Night Shyamalan’s Servant, Peabody-winning Dickinson, and more critically acclaimed series returning this year. Also, look out for premieres of Apple Original Films — including Palmer, a moving drama starring Justin Timberlake, and Billie Eilish: The World’s A Little Blurry — as well as new adventures in The Snoopy Show.

It also explains that the new will appear in the ‘Manage Subscriptions’ section of your Apple account soon. If you haven’t got the email, it’s worth checking your Junk mail. If it’s not there, it will probably arrive in the coming days.