Apple got a nice feather in its cap Tuesday, as Fast Company named it the Most Innovative Company in its 2018 ranking. Apple beat out Netflix, Square, China’s Tencent, Amazon, Patagonia, CVS Health, The Washington Post, Spotify, and the NBA, the other top ten companies.

Fast Company gave Apple credit in areas many mainstream publication seem to miss, dismiss, or ignore. The titular angle of its #1 listing was, “For delivering the future today.” 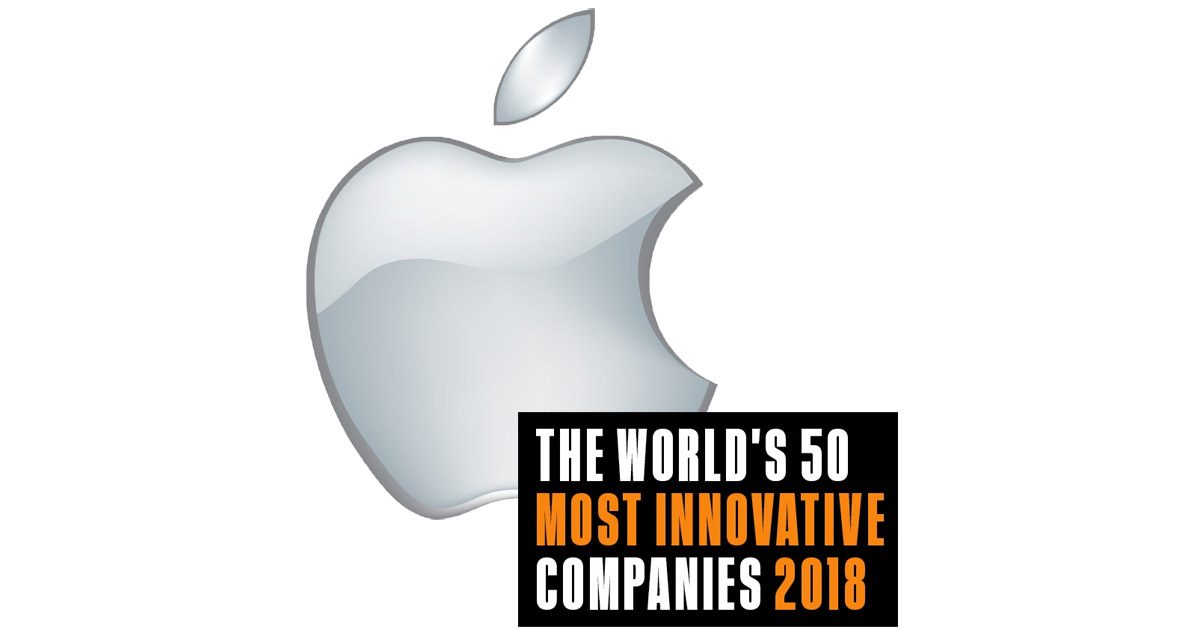 Apple Named Most Innovative Company in 2018 by Fast Company

Fast Company‘s cited AirPods, Apple Watch Series 3, ARKit, and the iPhone X of recent examples of Apple’s innovative nature. But the magazine also cited the benefits of Apple’s whole widget business model, something we just never see from mainstream publications and pundits. From the article:

But creativity is more than skin deep—and Apple’s approach to the hardware and software engineering that creates its experiences has never been more ambitious. Other makers of phones and tablets buy the same off-the-shelf chips as their competitors. Apple, by contrast, designs its own chips—so an iPhone packs a processor designed specifically optimized for Apple’s operating system, apps, display, camera, and touch sensor. The company has gotten so good at chip design that the A10 Fusion inside the iPhone 7 trounces rival processors in independent speed benchmarks.

The writeup also mentioned Apple’s approach to AI, noting that Apple, “uses AI techniques to wring as much life as possible out of the iPhone’s battery.”

Because of Apple’s privacy-driven decision to limit the amount of information it aggregates and analyzes in the cloud, it also does much of its AI right on the devices rather than using massive server farms. When it calls machines such as the iPad Pro ‘supercomputers, it isn’t exaggerating.

Preach on, Fast Company, preach on!

All told, there are 50 companies in this list, and there’s a lot of interesting stuff in it. For instance, The Washington Post was named on the list for bringing innovation to the business side of the journalism industry. Spotify, a company I wrote about in a separate piece, was cited for pointing fans to new artists. The whole list is worth your time.