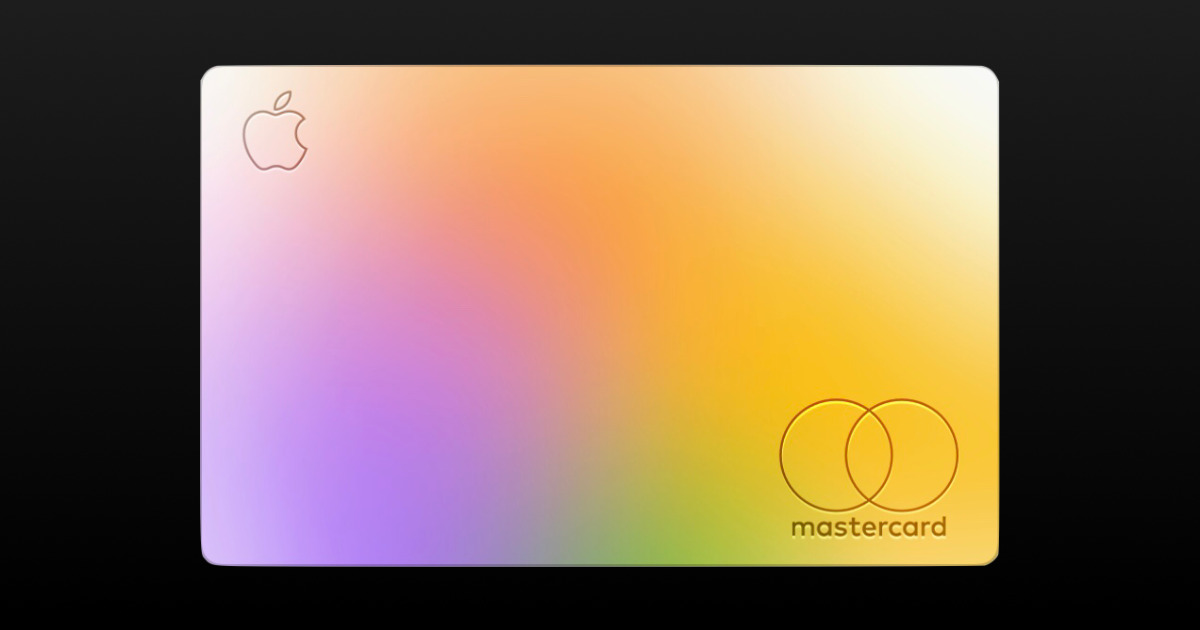 Goldman Sachs responded to accusations that the algorithm dictating Apple card credit limits is sexist – offering men a higher credit limit than women with equivalent credit histories. CEO of the bank’s retail arm Carey Halio said the company “have not and never will make decisions based on factors like gender.”

Goldman Sachs ‘Want to Hear From You’ About Apple Card Issue

In a statement issued on Twitter, Ms. Halio said:

We have not and never not and never will make decisions based on factors like gender. In fact, we do not know your gender or marital status during the Apple Card Application Process. We are committed to ensuring our credit decision process is fair. Together with a third party, we reviewed our credit decisioning process to guard against unintended biases and outcomes.

Ms. Hailio added that if people believe their credit line “does not adequately reflect your credit history…we .” 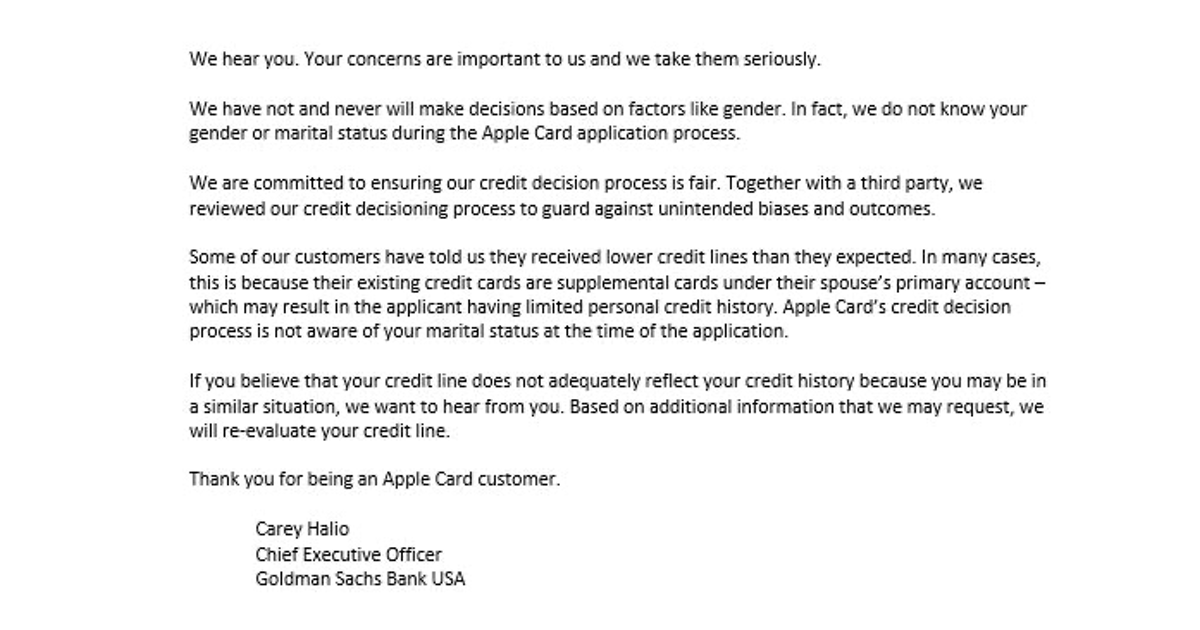 The issue emerged after high profile Silicon Valley figures noticed their spouses had been offered less credit than they had. This included Apple co-founder Steve Wozniak. The men said their partners’ credit limit was less, despite the fact the women had the same credit history. The Apple Card is the first time Goldman Sachs’ first has issued a credit card and it will undoubtedly be keen to smooth this issue out as soon as possible.