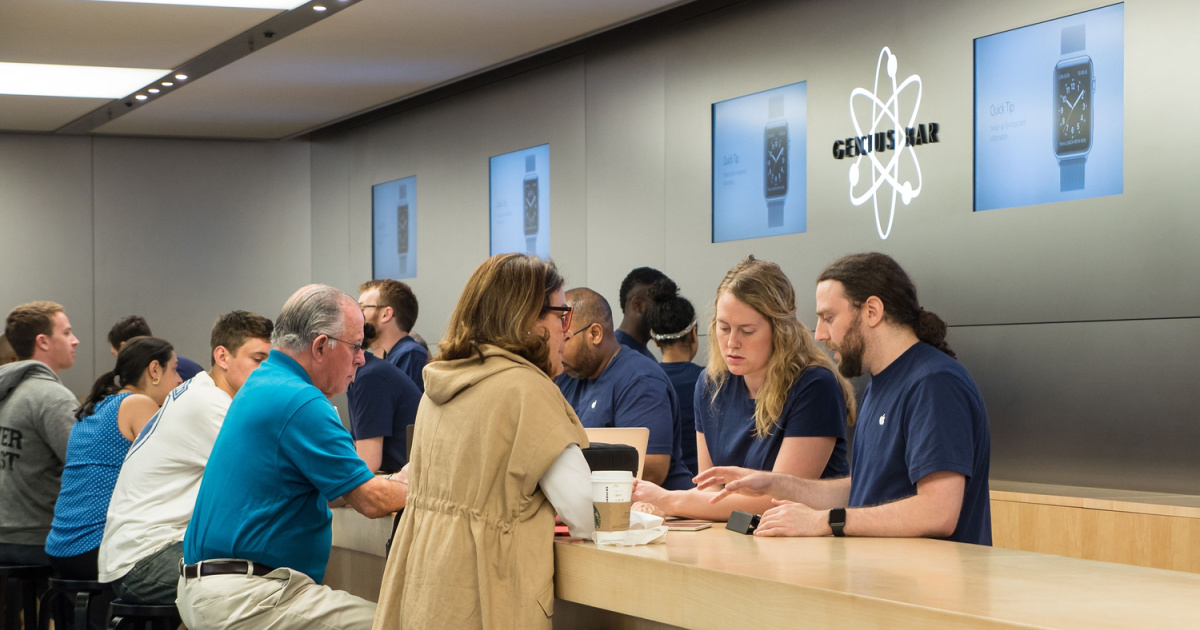 Bloomberg interviewed dozens of Apple Retail Store workers across the U.S. who expressed their discontent about their changing working environments. Workers feel that they are starting to become regular salespeople, instead of product experts.

The feature story noted that while the Apple Retail Store remains a consumer haven in the way it looks, things are changing behind the scenes. According to the interviewed Apple Retail Store employees, the positions have started to feel a lot more like retail jobs than product expert roles.

As an example, Bloomberg cited the Apple Genius staff now being forced to upsell. This is contrary to their previous role of impressing customers and providing a high level of service. Apple Retail Store workers are being pushed to prioritize “ownership opportunities.” This means persuading customers to buy new products instead of suggesting to have their older devices sent to Apple Service Center.

As the workers feel the changing landscape within the Apple Retail Store, many conclude that the only way to go back to the working environment that they signed up for is to unionize. When the Apple Retail Store in Towson, Maryland successfully formed a union, Apple management stopped using its sales tree. Before unionization, management at that location posted a laminated photo of a tree in the store’s break room. Genius Bar employees added a stick-on label to the tree every time they made a sale. One staff at the store said, ” The tree pushed people to upsell.” And that made workers more anxious. But thanks to their unionization efforts, management stopped using the sales tree.

When asked about workers’ concerns, Apple said that its retail and online teams still connect with customers to help them get the most out of their products. Staff also ensure that customers get a high level of support.

We remain committed, as always, to delivering the excellent Apple experience for our customers, our team members, and the communities we serve. We’re proud to offer our teams exceptional benefits and strong compensation, including new family support and education programs.