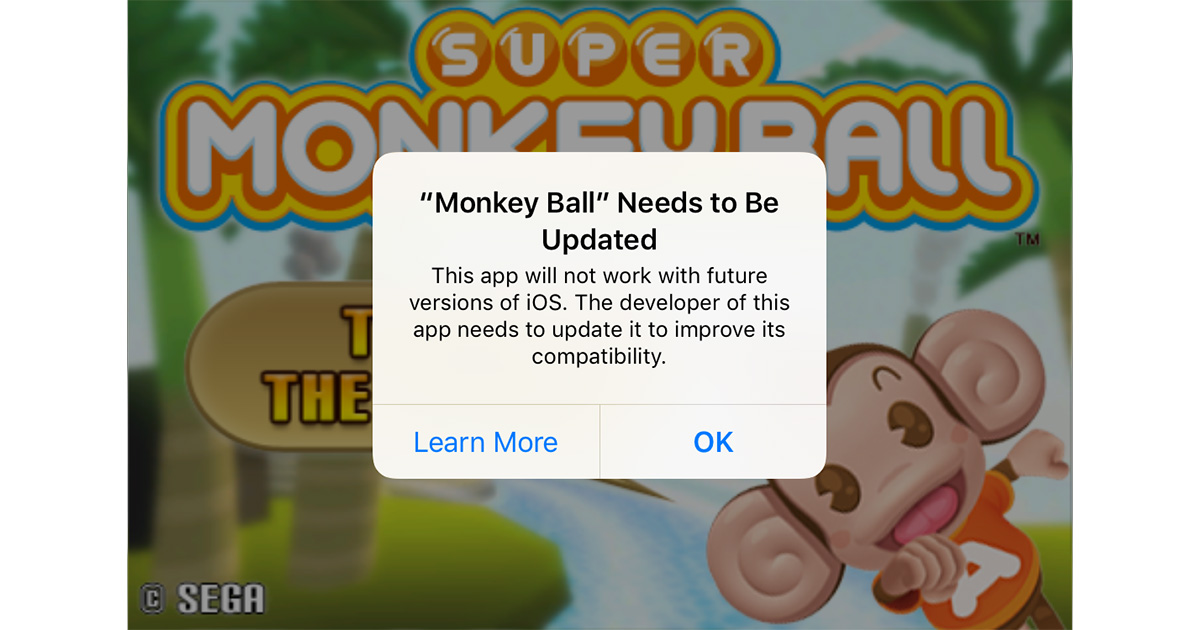 Apple plans to drop 32-bit app support completely in iOS 11, or at least that’s what seasoned developer Steven Troughton-Smith is hearing. That means apps that haven’t been updated with 64-bit support won’t run at all even though current iPhone, iPad, and iPod touch processors still support both 32-bit and 64-bit code.

Troughton-Smith isn’t saying who is giving him this information, but he says the message is clear. In a post on Twitter he said, “I’m hearing very clearly iOS 11 won’t have 32bit app support at all.”

Devs: I’m hearing very clearly iOS 11 won’t have 32bit app support at all. Update legacy apps now if you want them to survive past September

He goes on to say the message he’s getting is that future A-series processors—Apple’s custom processors for the iPhone, iPad, and iPod touch—won’t include 32-bit support. If that’s true, Apple may be simplifying its chip design, or at least freeing up space so the they can be smaller or include other features.

Even though Apple hasn’t officially confirmed what Troughton-Smith is saying, there’s a good chance his sources are right. Apple has been giving users on-screen warnings when they launch 32-bit apps ever since iOS 9 and those started sounding more ominous in iOS 10.

Those warnings state, “This app will not work with future versions of iOS,” although they don’t specify which future iOS version.

Apple also started cleaning house, so to speak, on the App Store last year. Outdated and abandoned apps are being removed, which is probably part of the comany’s prep work for dropping 32-bit app support.

For iOS device users, that means any legacy apps that haven’t been updated to include 64-bit support will stop working after they update to iOS 11. If if doesn’t look like the developer has any plans to make their app 64-bit, it’s time to start looking for a replacement.

You can see which apps on your iOS device don’t have a 64-bit update available in Settings. Check out our Quick Tip to learn how.

Apple usually shows off features in the upcoming versions of iOS, macOS, watchOS, and tvOS at its annual Worldwide Developer Conference. This year the even is in June, so odds are that’s when we’ll find out for sure if 32-bit support is gone in iOS 11.

I agree with Scott. I have been playing a word game for years. I am close to 1400 puzzles in and it isn’t an updated app.
I really hope Apple doesn’t abandon previously purchased apps.
I could see them removed from app store for new purchases.

What really stinks is that a few games I paid for will not work. The company is out of business but I still play these games. 🙁