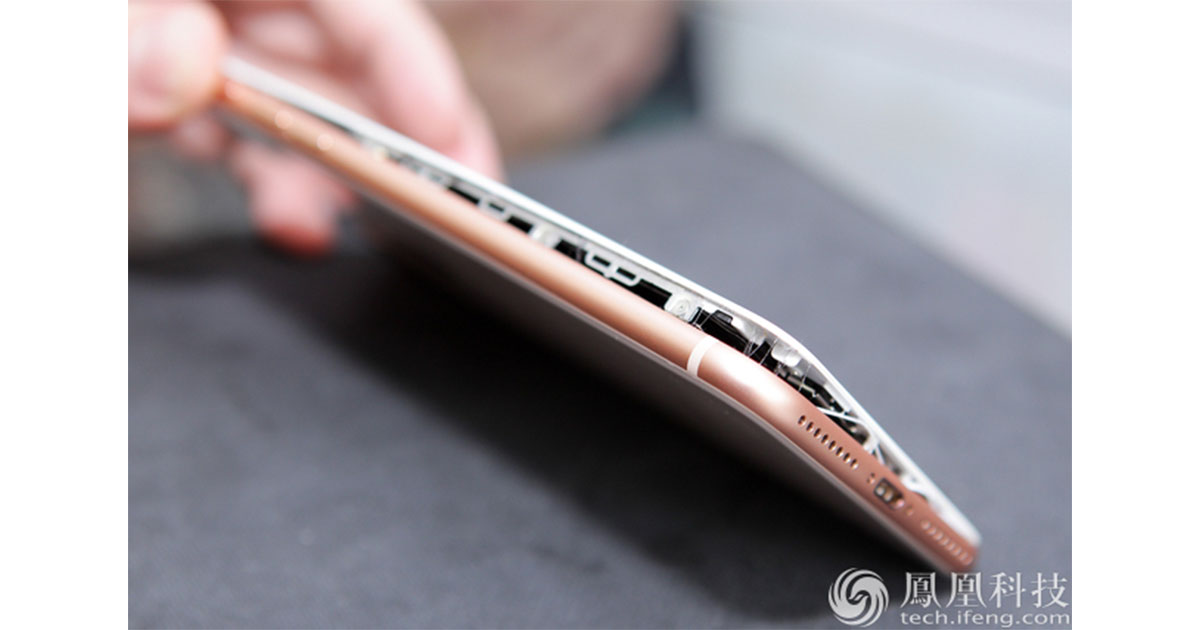 Get ready for a slew of reports saying the iPhone 8 Plus is Apple’s Galaxy Note 7 because reports of swelling batteries are coming out of Taiwan. Unlike the Note 7, however, there aren’t any reports of fires from Apple’s new smartphone and the problem doesn’t appear to be widespread.

TNW found Taiwan news reports saying week-old iPhone 8 Plus units have batteriers that swell during charging. iPhone 8 Plus owners shared photos showing the phone’s screen pushed away from the body, which is typical when a battery swells.

At least one iPhone 8 Plus owner said they were using an Apple-supplied charger when the battery went Violet Beauregarde, but it’s unclear if others were using third-party chargers. It looks like the swollen batteries are isolated incidents, at least for now.

There are two likely causes for the swollen batteries: The battery itself is defective, or the charger is substandard and defective. At least one of the swollen phones is on its way back to Apple for analysis now, so we’ll likely know more in the coming days.

In Samsung’s case, the batteries had defects, and the cavity in the phones for those batteries was too small. That was the perfect combination to make the batteries explode and in the end Samsung had to stop production and deal with public fallout that included FAA flight bans for the phone.

So far it looks like this swelling battery issue is limited to a few iPhone 8 Plus phones in Taiwan, and we don’t know yet what caused the problem. For now iPhone 8 Plus owners should watch their phones for signs of swelling when charging just to be safe until we know more.

i think this is a Chinese scam made… 🙂

This happened to me with 2 iPhone 5C’s purchased the same day from an Apple store. First one swelled about a year after the purchase, the second, about 6 months later. Maybe it was a bad group of batteries? Both phones were replaced at no cost to me and they are both in daily use by family members with no further problems. Personally, I suspect gremlins were at work in the assembly line…

This happened on my SE a week after I got it. Did I publish pictures on the web in a pathetic attempt to create hype and gain publicity? No. I took it to the local Apple Repair Station and they replaced it. No muss, no fuss, no overhyped BS.

the problem doesn’t appear to be widespread.

The news will report it as being more widespread than Starbucks locations.