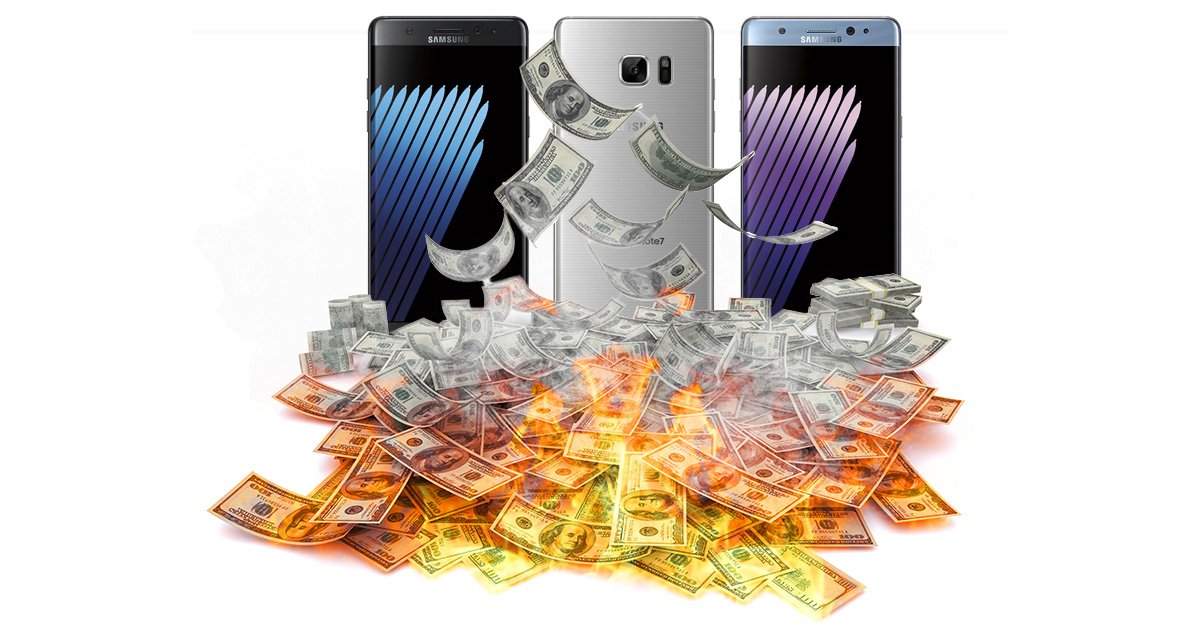 Samsung to report batteries were behind Galaxy Note 7 fires

Sources speaking with the Wall Street Journal say there were irregularities in the batteries Samsung received from its Samsung SDI affiliate that didn’t fit correctly in the phone’s battery compartment. The batteries it received from Amperex Technology suffered from manufacturing issues after ramping up production too quickly.

Samsung released its Galaxy Note 7 flagship smartphone in August 2016 ahead of Apple’s fall iPhone 7 launch. Instead of grabbing headlines for how amazing the Note 7 was, however, Samsung’s press came from reports that the phones were catching fire.

The company offered replacement phones, which also caught fire. The situation escalated to the point where the U.S. Department of Transportation and Federal Aviation Administration banned the transport of the devices on airplanes, and Samsung stopped production and killed off the model.

Over 90% of the Note 7 phones sold have been returned, and Samsung released a software update to stop those that are still in the wild from charging. As an added incentive to turn in the phones, Verizon is rerouting calls made from the devices on its network to customer service representatives.

An independent study looked at the Note 7’s design and concluded that the battery was too big for the compartment holding it. The battery swelling is normal, and smartphone makers typically make the space for them 10% larger to account for that. The Note 7’s compartment, however, was just large enough to fit a new battery so the thin membrane separating its chemical components ruptured, causing the fires.

The failed phone is costing Samsung some US$5 billion, although it doesn’t look to be causing any long term harm to the company’s reputation. Samsung’s official Note 7 failure report comes out on Monday, January 23.

I think the marketing team at Samsung missed a major rebranding opportunity here.

I’ve heard that Samsung may be the lead sponsor of Burning Man this year. 😉

With not much lithium, I guess. Mostly thermite.

It was an experimental Lithium-Thermite battery technology