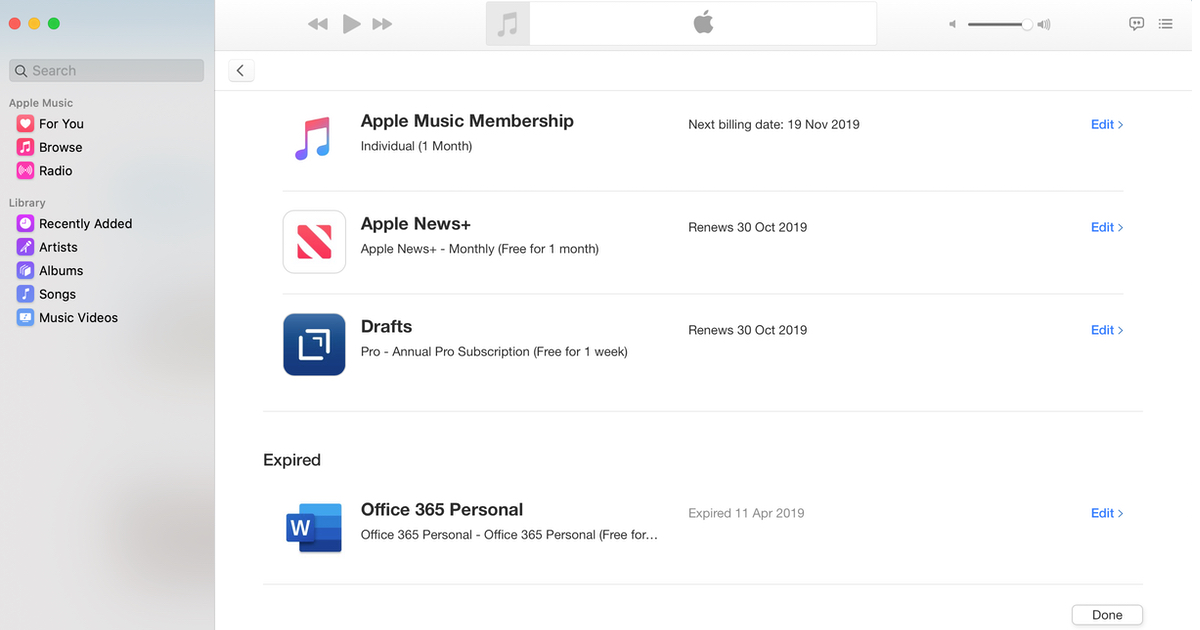 Catalina brought about the end of iTunes. That was meant to mean the end of managing everything through an app that was originally designed for music. Well, it isn’t. Subscriptions are now managed via the Music app on macOS. 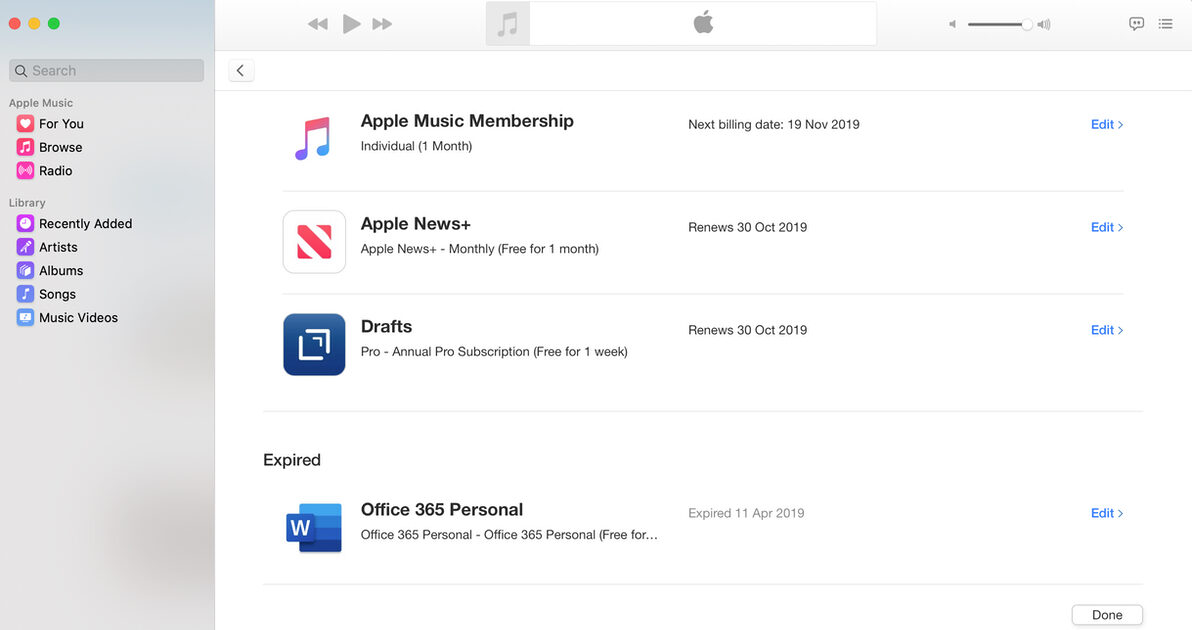 I discovered this when syncing subscriptions from my iPhone and my Mac. As the screenshot shows, it is not just Apple Music that is managed within Music. Apple Arcade, Apple News, and third party app subscriptions like Drafts are also there.

Music is not the only place subscriptions can be managed. As my colleague Andrew Orr noted, it can be done in System Preferences too. However, it should not be happening in an app designed for playing music at all. Apple made a massive fuss about bringing about an end to the nonsense iTunes had become. However, the new boss seems to be the same as the old boss.