A study of data from the National Telecommunications and Information Administration (NTIA) and the U.S. Census Bureau shows internet access across America. Kentucky is the worst state with 40,000 households without internet access. 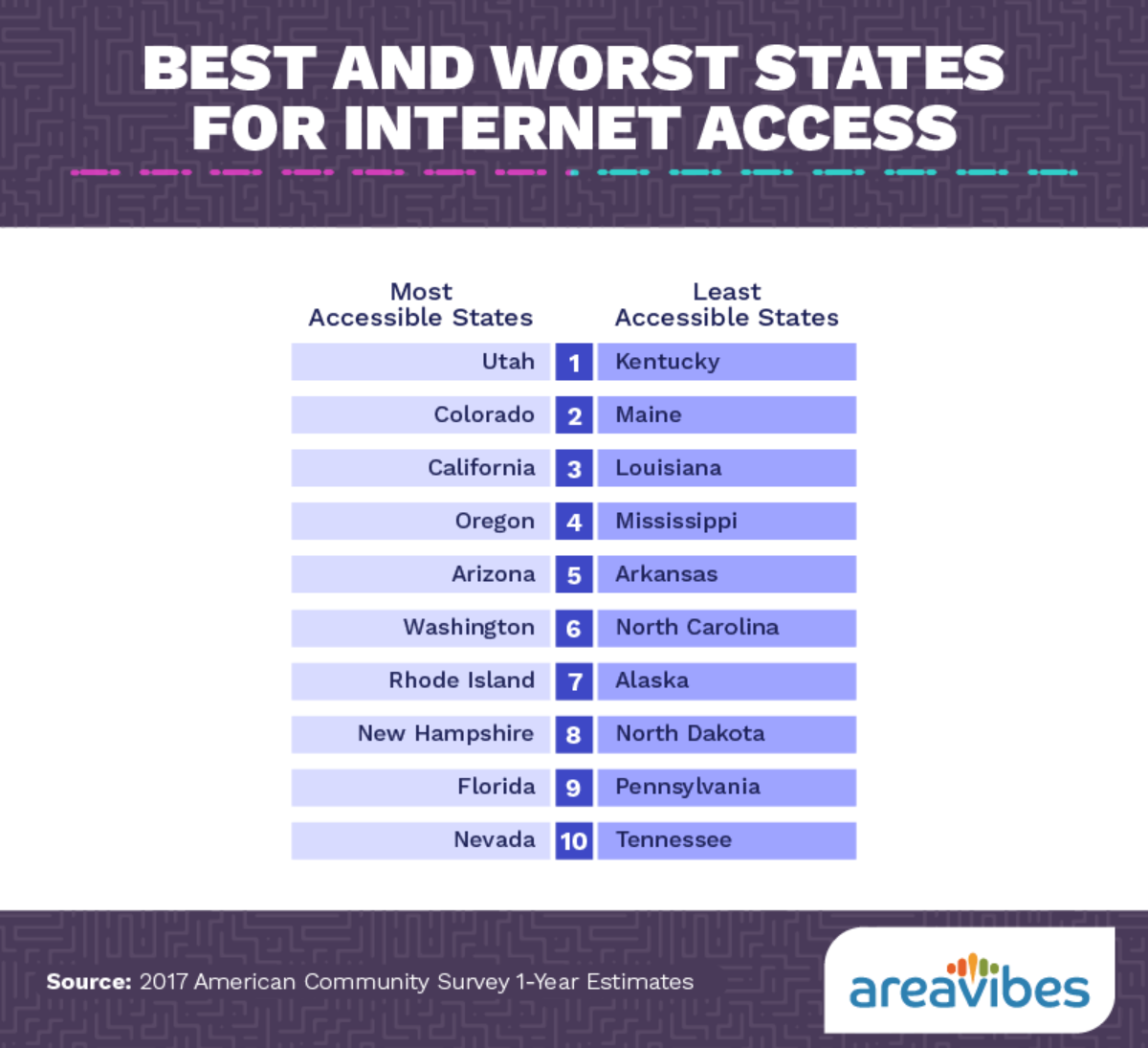 When it was broken down by state, Utah ranked the best for internet access and Kentucky was the worst with only 8.2% having access. Meanwhile, in Iowa, Rhode Island, and Massachusetts, no one (0%) reported that the internet wasn’t available.

[Apple Texas Hold’Em App is Back for 10 Year Anniversary]