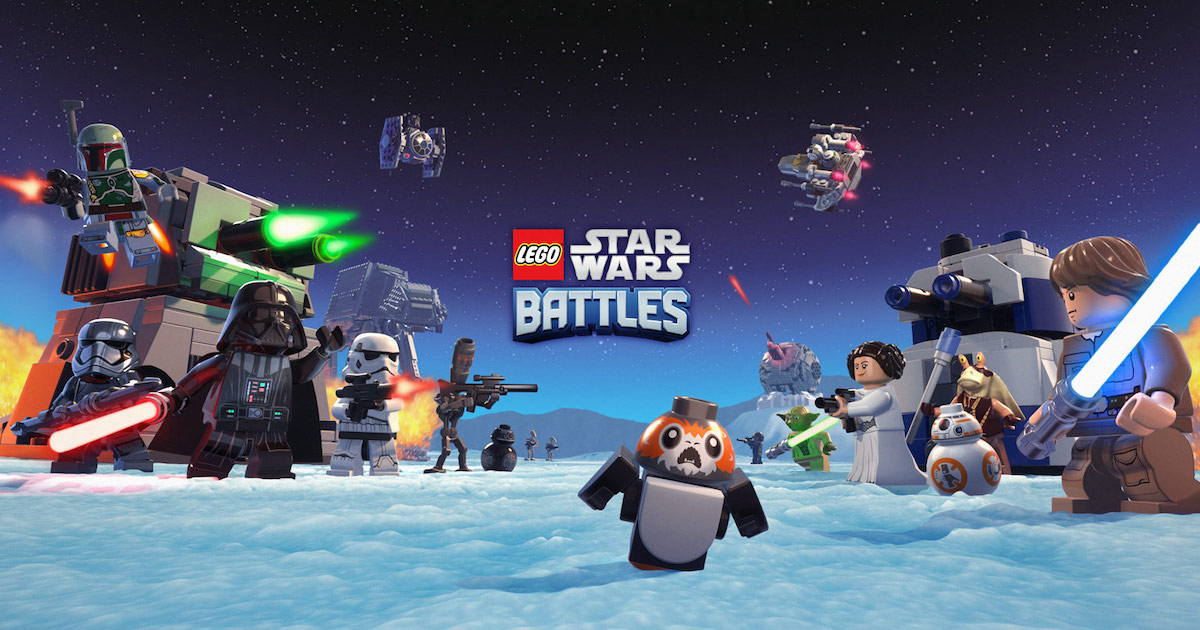 This game will allow players to lead their characters into real-time multiplayer PvP battles. The arenas are inspired by iconic locations from a galaxy far, far away. Players will have to master both sides of the Force. They will discover unique combinations of units and develop strategies with characters from the entire Star Wars universe

What happens when an Ewok takes on a Tusken Raider? Can a flock of porgs tackle a stormtrooper in a standoff? Could Chewbacca go toe-to-toe with Boba Fett? Who would win in a showdown between Yoda and Darth Vader?

Those are some of the questions posed by the game’s description. It looks like LEGO Star Wars Battles will be a tower defense game. You build your LEGO towers on the battlefield to defend your base, or advance on the battlefield to capture your opponent’s territory. The game features 40 units from all areas of the Star Wars universe. These include characters from the movies, as well as vehicles like the AT-AT, AT-RT, Y-Wings, and TIE fighters.

The characters will have unique abilities found in the Star Wars universe. You can use Darth Vader’s Force Slam to stop your enemy in his tracks or toss them aside with Luke Skywalker’s Force Push. Arenas include iconic Star Wars locations like Naboo, Hoth, and Geonosis.

May the Force Be With You, Always

Developer TT Games produced LEGO Star Wars Battles. You can pre-order the intergalactic fun on Apple Arcade. The game  will be available for Mac, iPhone, iPad, and Apple TV.

Even if LEGO Star Wars isn’t your thing, there’s plenty to choose from on Apple Arcade. The legendary Asphalt 8: Airborne recently left its in-app purchases in the dust to join the platform.