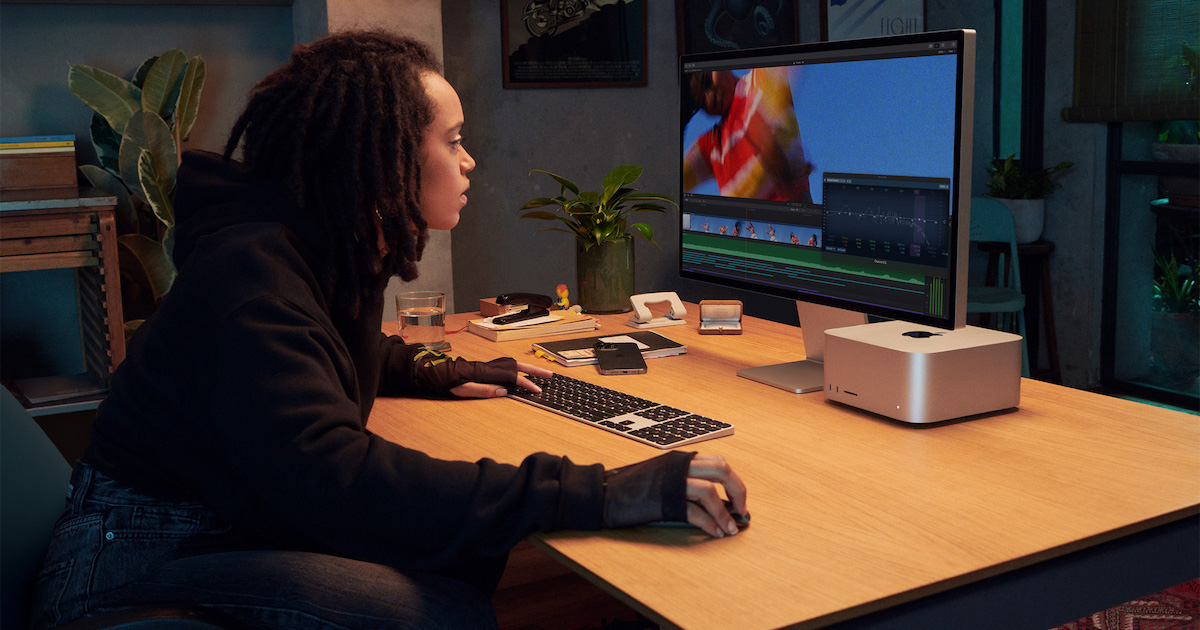 Doubling Up the M1 Chip Without Code Changes

Multiple processors in a computer are nothing new, but they usually require programming support to take full advantage of the performance. Thanks to a hidden feature of the M1 chip, though, Apple is able to connect two M1 Max processors together into the M1 Ultra.

Apple’s M1 chip has an interconnect bus, allowing for what’s called a chiplet design. The interconnect bus and technology called UltraFusion allows Cupertino to join together multiple processors on the same silicon. Thanks to the M1 design and macOS technologies, developers don’t need to change their code at all to take advantage of the interconnect.

The new M1 Ultra consists of 114 billion transistors, more than any other personal computer chip has ever had. It can use up to 128GB of unified memory. The Ultra offers a 20-core CPU (16 performance cores and 4 performance cores), 64-core GPU, and 32-core Neural Engine. Total memory bandwidth reaches blazing speeds of 800GB/s.

Johny Srouji, Apple’s senior vice president of Hardware Technology, called the M1 Ultra “another game-changer for Apple silicon that once again will shock the PC industry”.

To take advantage of the new M1 Ultra, Apple introduced the Mac Studio. As previously speculated, the new desktop computer presents itself as a hybrid of the Mac mini and Mac Pro models.

The new computer is designed to optimize the performance of M1 Max and M1 Ultra, in a form factor about the same size as the diminutive Mac mini. It’s just taller. The computer’s square footprint is just 7.7 inches, and it stands 3.7 inches tall.

The square chassis is built from a single aluminum extrusion, and has an innovative thermal design that allows an extraordinary amount of performance without needing fans that sound like a 747 on takeoff.

The double-sided blowers bring cool air in through the bottom of the enclosure, channeling it across the internal components and out the back. More than 4,000 enclosures on the bottom and back of the Mac Studio guide the airflow.

Performance to Rival Every Other Apple Desktop

A Mac Studio powered by the M1 Ultra is even more powerful. The latest chip design enables:

The Mac Studio with M1 Ultra is capable of playing back 18 streams of 8K. ProRes 422 video at a time, unheard of until now. The 128GB of unified memory allows the graphics processor more memory than any other desktop on the market. The internal SD, available with up to 8TB of storage, can deliver up to 7.4GB/s of performance.

Cupertino recognized that creative types need modularity in their desktop computers. That’s why the Mac Studio offers a great mix of ports. Inside, the computer supports Wi-Fi 6 and Bluetooth 5.0. 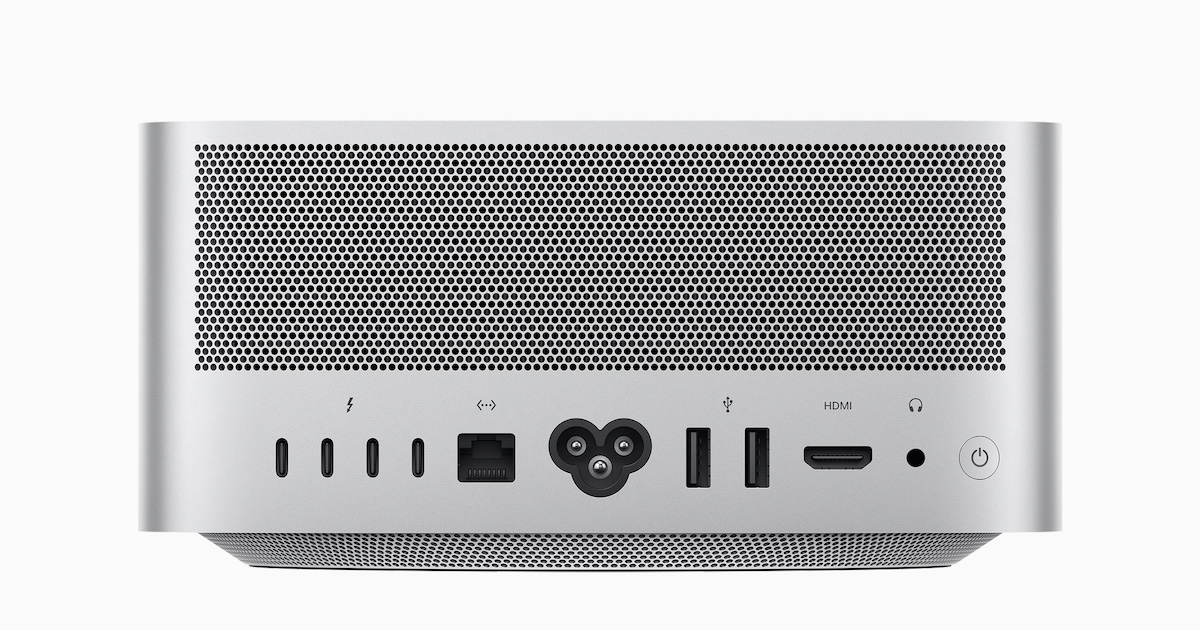 The rear of the computer provides:

The front of the Mac Studio offers more connectivity options. 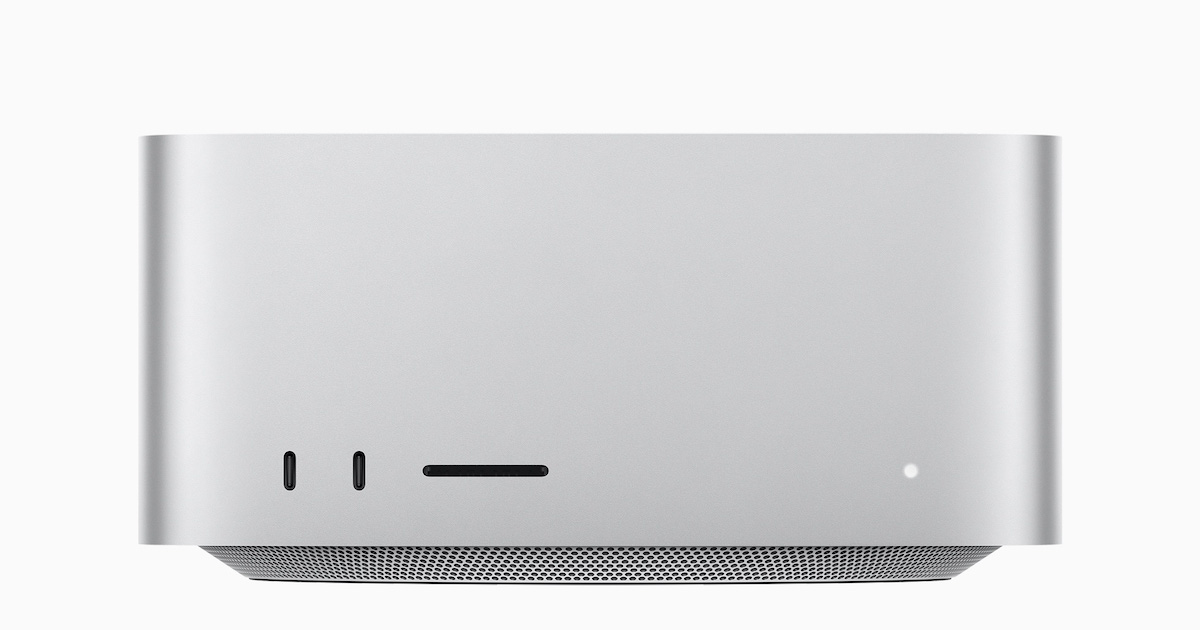 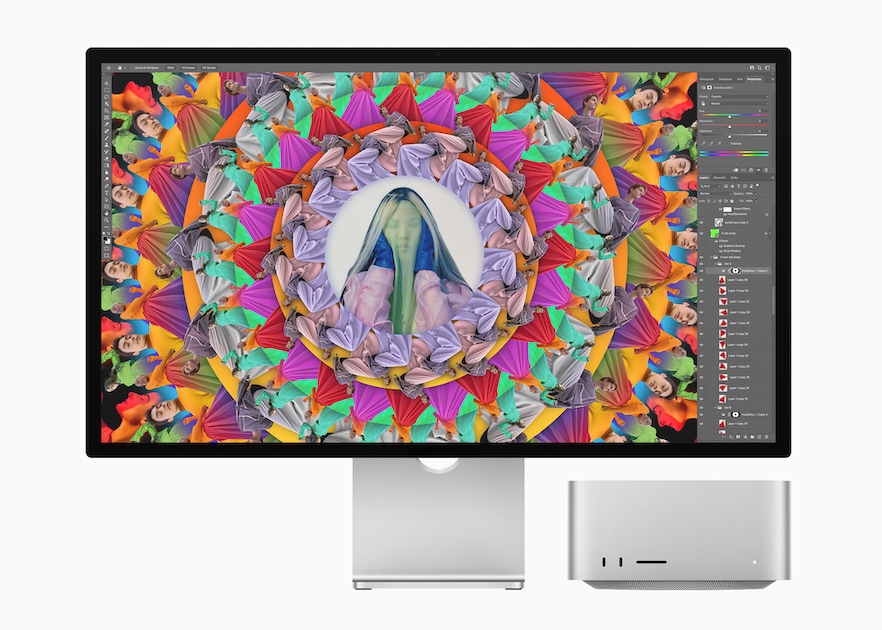 The Mac Studio offers extensive display support. You can plug in up to four Pro Display XDRs plus a 4K TV. It also fully supports the just-announced 5K Studio Display.

The Mac Studio is available for order now, either through the Apple Store app or online at Apple’s website. The computers begin shipping soon, arriving to customers and select Apple Store locations beginning March 18, 2022.