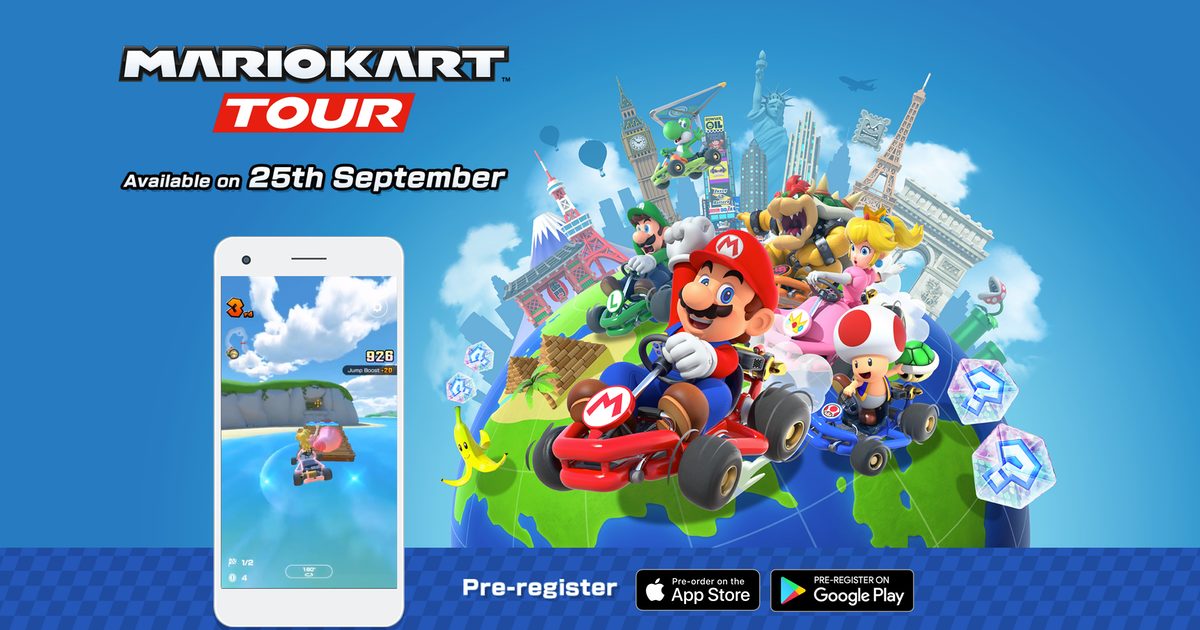 Pre-registration for Mario Kart Tour is now available! For more details, please click here: https://t.co/loB3wf6eOv#MarioKartTour will be available on 9/25. We hope you’re looking forward to getting behind the wheel of this new game! pic.twitter.com/afPFp94iNi

The company also released a new video of the game:

Apple seems to be getting behind Mario Kart Tour too. The official App Store Twitter account tweeted out a video:

The game is free with in-app purchases available. It requires iOS 10.0 or later and the iPhone 5S or later. It will also be available on Android. Recently, we’ve seen some big games, such as Harry Potter: Wizards Unite, arrive 24-hours or so earlier than expected, so keep an eye out!

One thought on “Mario Kart Tour Launching on iOS September 25”